This is not about an official Ubuntu flavor. Questions about other Linux distributions can be asked on Unix & Linux, those about Windows on Super User, those about Apple products on Ask Different and generic programming questions on Stack Overflow.

Can I expect comparable performance and compatibility with my laptop as far as software center and ppa's under Mint as I do in trusty. I suppose I can use VirtualBox to experiment. I know this is question is somewhat on the line, but I will try anyway.

Linux Mint is a derivative of Ubuntu - it is based on the same packages, some of which have been replaced with new one to make a customized version. You can sort of see this by looking at the repositories list on it: 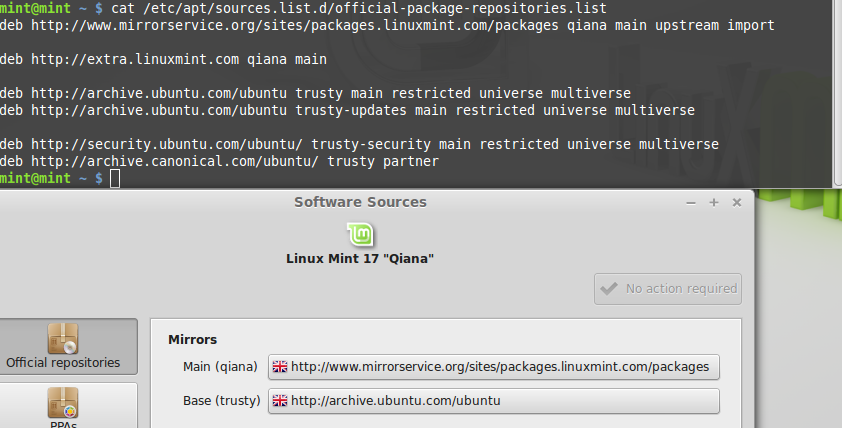 Looking at http://packages.linuxmint.com/list.php?release=Qiana it seems to be mainly cinnamon, Xfce, & Mate desktop mods along with some themes - though it probably influences some more system related things such as graphics drivers as Mint is supposed to have a more open approach to proprietary software.

Not the answer you're looking for? Browse other questions tagged mint or ask your own question.

29
Difference between Ubuntu and Linux Mint

1
In what language I can develop a status notifier of a laptop battery?
0
Ubuntu 14.04 won't boot alongside Mint 16
7
Change Linux Mint to Ubuntu