choose which GPU to use for each application

On windows we can select which GPU to use to run a application. How can we do it on Ubuntu?

UPDATE:
my question was marked duplicate of this answer, which didnt helped 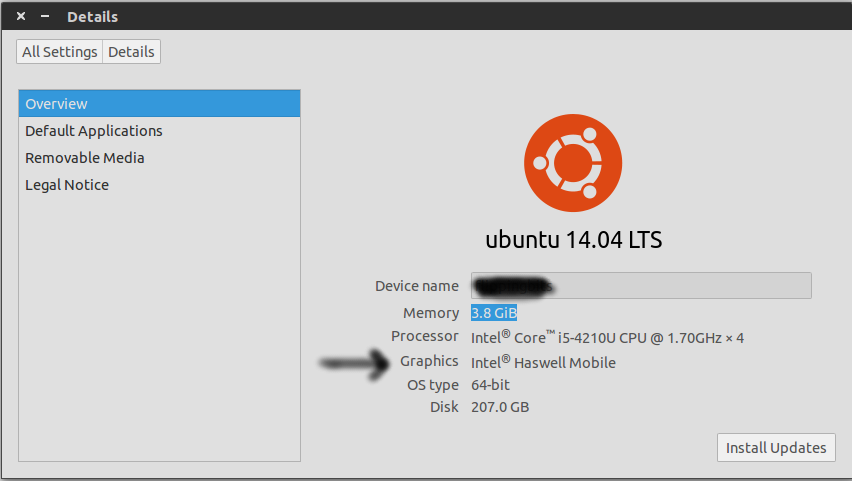 The current version of nvidia-prime uses one graphics card for the complete desktop. You either login with nvidia or intel.

I have had problems with bumblebee since 13.10. What works for me now is nvidia-prime. This allows you to choose which graphics driver you want to use in the nvidia control panel. This only works with lightdm (unity). I'm using this myself on Ubuntu 14.04 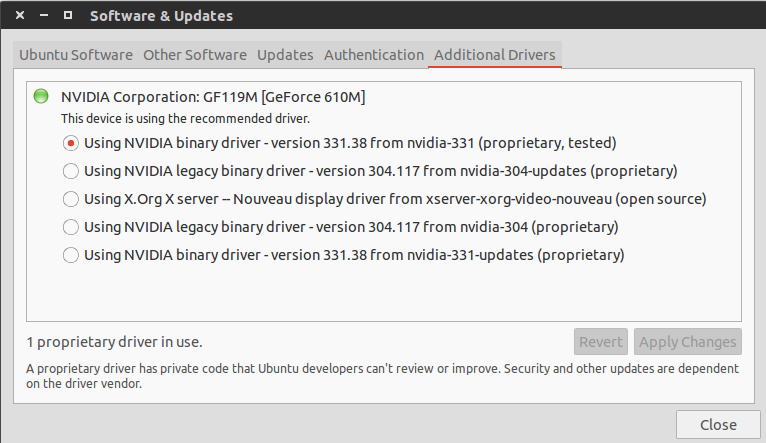 Open the shell by pressing ctrl-alt-t.

First let's make sure we have the latest software catalog.

How to use prime

After your computer has restarted, open the dash and type "nvidia". Open "Nvidia x-server settings".

After changing graphics card, you'll have to logout and log back in to apply the changes.

Difference between nvidia-prime and bumblebee

The current version of nvidia-prime uses one graphics card for the complete desktop. You either login with nvidia or intel. With bumblebee, you can start individual programs with a specific graphics card, like it is the case on windows.

If you want to select a specific GPU for the entire session, then selecting it with Prime, logging out and then logging back in will suffice.

However, if you really want to choose which GPU to use for each application, then you must use the DRI_PRIME environment variable for such specific application(s) instead of using the system-wide Prime setting.

Ideally, it's recommended to use the Prime program in order to preset the integrated GPU (graphics processing unit) as the default (system-wide) one, i.e. it's recommended to set the integrated Intel graphics card as the default one, because it saves power, helps keeping your computer operating at a lower temperature et cetera. Then when you decide to run that very demanding 3D appplication, you use DRI_PRIME to tell the system that it must use your Nvidia GPU to run such specific application.

As explained e.g. here and here, once you've used Prime to "tell" the system that your integrated Intel GPU is the default one to be used system-wide, you tell your Nvidia GPU to run the specific application by running the command:

...where specific-application is e.g. a 3D modelling application or a 3D game or any other program that requires a GPU with more powerful graphics processing capabilities. If e.g. you want your Nvidia GPU to process the graphics of the Inkscape application, just run:

In order to run Blender using your Nvidia GPU instead of the integrated Intel GPU, just run:

Suppose that you want Blender to always use your Nvidia GPU instead of the integrated Intel GPU. In such case, you may use a text editor (such as GEdit, Nano, Mousepad, Leafpad etc.) in order to edit Blender's .desktop file:

...and then replace this:

In case you don't know which is the current default GPU, run this command:

And in order to see which GPU is activated when you set DRI_PRIME=1, run this command:

After some trial and error I discovered that you need to append the following two lines to the .desktop file of the app you want to use the dgpu by default.

It will then give you the option to launch using the integrated gpu instead of the discrete one. For the command linen run the following command, it will make a script called prime-run which you can call from the command line, for example opening gedit on the dgpu would be prime-run gedit.

Here is the command.

31
How to set up nVidia Optimus/Bumblebee in 14.04
14
Getting hybrid graphics to work nvidia-prime GT650M
6
How to configure an application to always run with DRI_PRIME=1 set? Is there an other way besides terminal?
2
My AMD Radeon graphic card is not working on 16.04