Adding a starter for gnome-control-center in docky

Is there a GUI I can install? I have not found anything using Synaptics and Software Center. 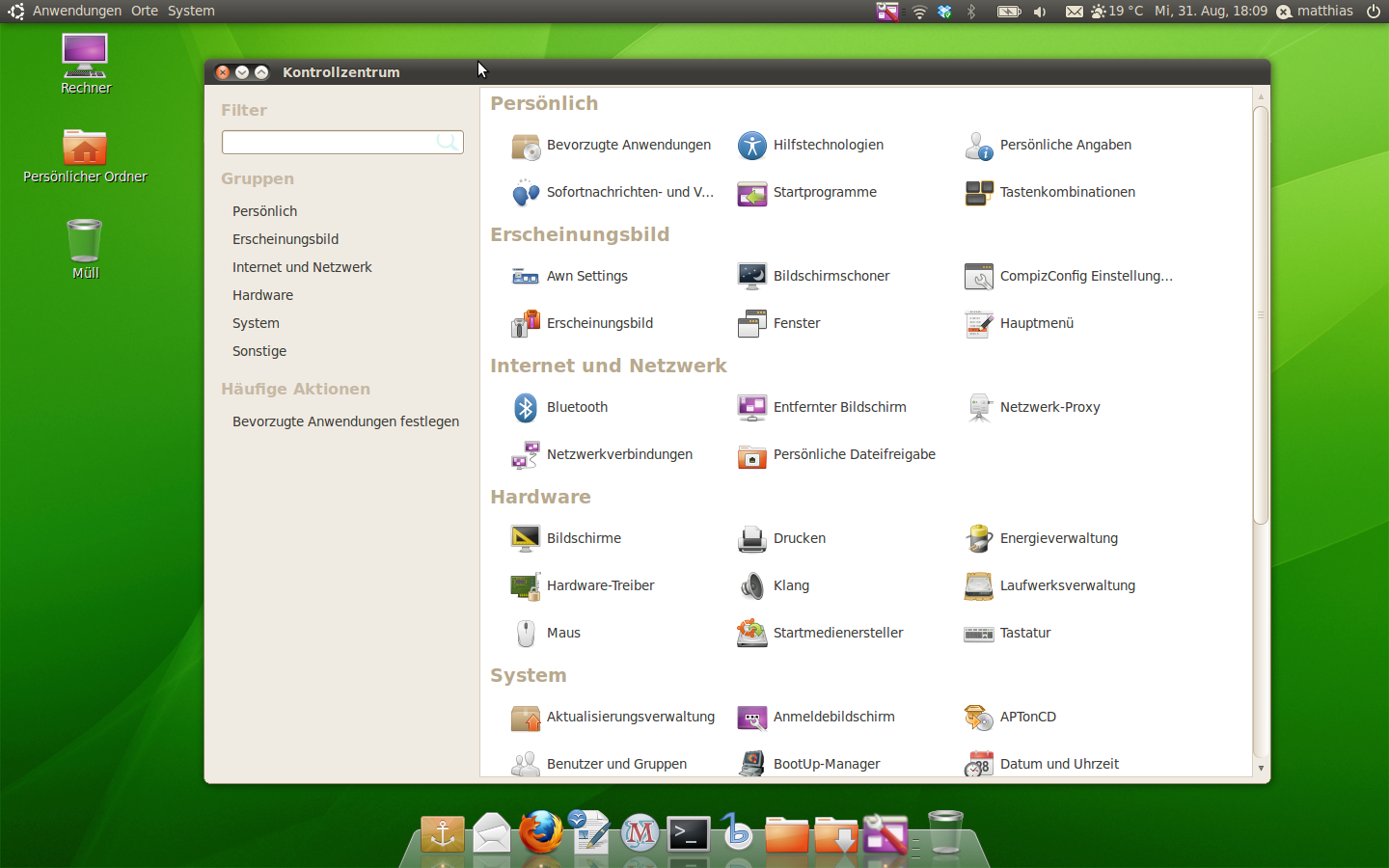 The version you have indicated for Docky probably has come from the Docky Developers PPA.

As the developers them-selves say - this is unstable - and what you have found is a bug. You should file this as a bug-report on Launchpad.

My recommendation is that either you should stay with the version of Docky available in the repositories - or if you are looking for something newer but "stable", then look at installing from the Docky-Stable PPA

You will need ppa-purge which is available if you tick the "Ubuntu Backports" in Software Sources. You can the purge the development docky PPA

Then install the stable PPA

Then you can pin gnome-control-center 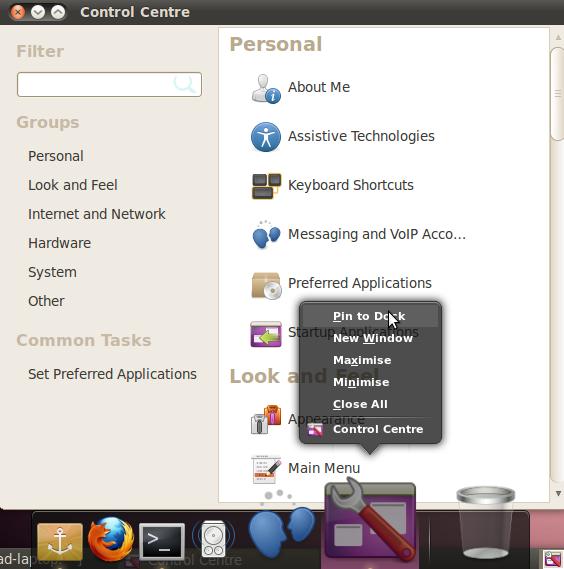 Not the answer you're looking for? Browse other questions tagged 10.04 gnome gui docky or ask your own question.

2
Use the Gnome Main Menu without a panel?
0
How do I add a system preferences shortcut to desktop?
0
Added `export` command in `.bashrc` to update PATH with binary location — GUI apps don't know about update even though terminal does?
6
Open GUI apps on a Ubuntu 16.04 machine via SSH from an Ubuntu 14.04 machine
0
Docky on Xubuntu can't remove the anchor icon
0
Gnome Control Center bug/forcing return on user screen