System slows down when creating new VM with VirtualBox but no obvious change in CPU, Memory or I/O usage in System Monitor

When creating a new fixed size VM in VirtualBox even though my memory usage, my CPU usage and my I/O usage in "System Monitor" stay at their normal levels, my entire machine freezes and becomes unresponsive until the VM has been fully created (which takes around 5 minutes). Why is this? And if no extra CPU, memory or I/O usage is being used, then why is the entire machine becoming unresponsive? Is it just that there is a problem with System Monitor not displaying the correct information, or something else slowing the machine down which is not to do with CPU, memory or I/O usage?

I have installed VirtualBox from the official repository by adding:

To my sources file, running:

And then installing the virtualbox-5.0 package, version 5.0.14 r105127. Though the issue was present when I installed VirtualBox from the official Ubuntu repositories, and also when I installed it from the .deb from the website.

And just to say this again to make it very clear, this occurs during the time that the drive is actually being created, once it has been created, there is no problem installing the OS on it, but it is during the creation, not usage. So it happens when I press the "Create" button: 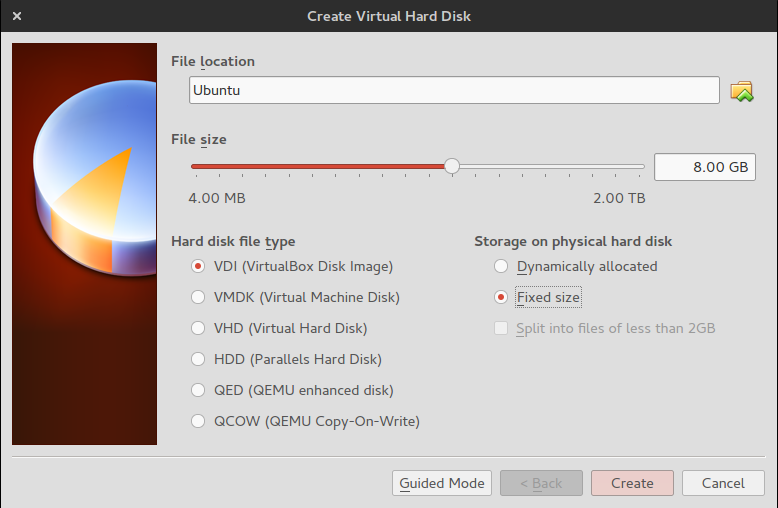 When I ran the free command during the creation, this is one of the outputs I got (the cached size was always growing):

The problem is with the creation of the disk image.

I've tested this on my system and my system consistently slows down as well during the creation of a fixed size disk image; the I/O saturation resulting from the task running at full speed clutters the system visibly: 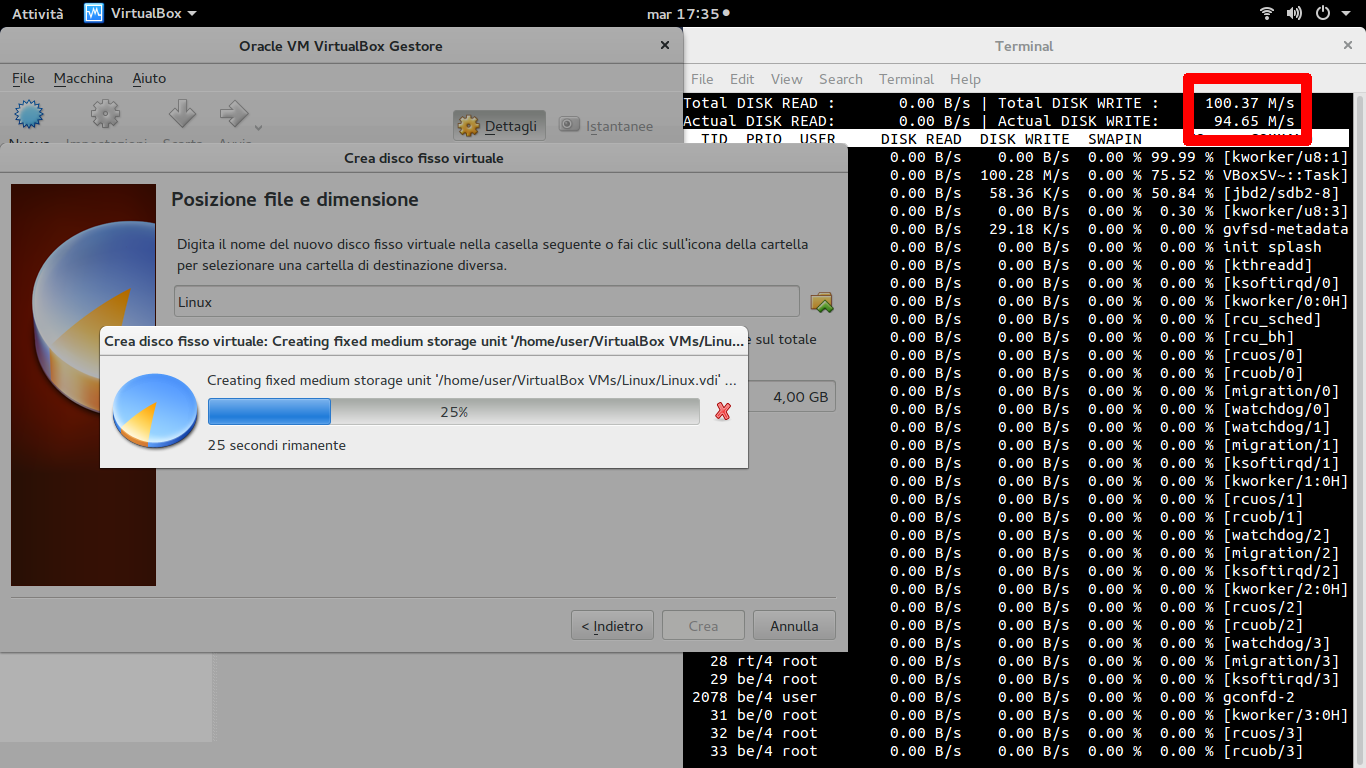 (this was the absolute peak, it sat on average at around 75 MB/s).

The solution is to be patient and to wait for the task to finish; in general changing the kernel's I/O scheduler can help in case of intensive I/O activities.

9
System locks up when disk I/O is saturated

4
Which is correct for VirtualBox memory usage: Windows Task Manager or System Monitor?
0
Cache Memory and fglrx driver slows computer
43
How do I improve the performance of my VirtualBox guest?
3
i7 Turbo Mode not recognized in VirtualBox
0
Partition my disk for instaling Windows as a guest OS?
5
Boot process of Android installed in VirtualBox seems to get stuck
0
Increase Virtualbox 6.1 AV Performance for Win10 Guest / Run Win10 App un Ubuntu