Where to add the Pre-Shared Key for the Server Authentication with Network Manager for L2TP/IPSEC?

Previously, I was trying to figure out how to install the L2TP/IPSEC manager code. I guess Ubuntu/Canonical switched away from OpenSwan to StrongSwan, but didn't really announce it. So that was figured out in this AskUbuntu question: L2TP IPsec VPN client on Ubuntu 14.10

Since then, I've been trying to figure out how to use Pre-Shared Keys for Authentication to the Server. As shown in the screenshot, the Network Manager allows for a Certificate (.pem file), but not a Pre-shared key.

My network admin doesn't want to mess around with Certs because PSKs are good enough for the situation we're working with. I've already tested these PSKs with Windows and they work great.

He's given me 4 pieces of info.

Anyone know how to do this?

UPDATE: So I tried hackerb9's suggestion, but it didn't appear to do anything. I also tried alci's suggestion of downloading the 1.3.1 version of Network-Manager for L2TP and compiling manually. After installing a bunch of packages and re-running ./configure a few times, I eventually was able to "make" and then "make install" the code.

The plug-in for network manager now shows a Pre-shared Key option, but it still doesn't work. It now looks like this: 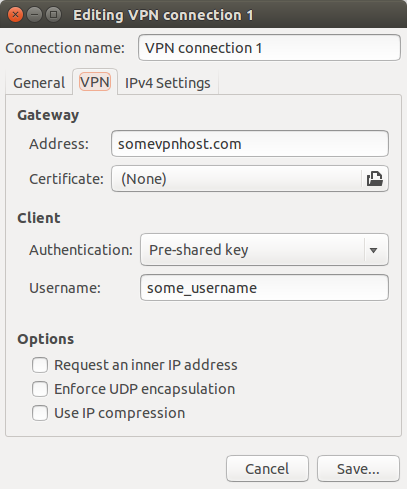 The problem with this is that the "Certificate" option is still being displayed (instaed of the Pre-shared key field.)

Where in this Ubuntu Network Manager plugin am I supposed to enter the Pre-shared Key for Server authentication?

As an example for contrast, in Windows 8, it has an option that looks like this:

Are you comfortable with editing configuration files with a text editor? If so, I believe the answer of where to put the PSK is /etc/ipsec.secrets. You can try something like this:

The file is documented in man ipsec.secrets or you can read about it here:

Let us know if that doesn't work for you.

If you want a GUI solution, you can install an L2TP Network Manager plugin from ppa.

It can be done by

It works with trusty and xenial, but the author did not build packages for vivid.

Update: Now the packages have been included in offiial Ubuntu repositories and PPA is not needed for Ubuntu 18.04+. 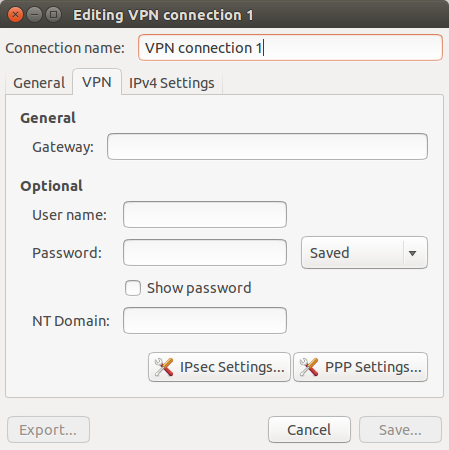 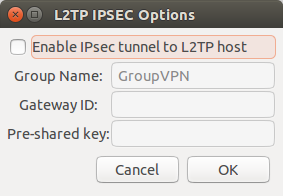 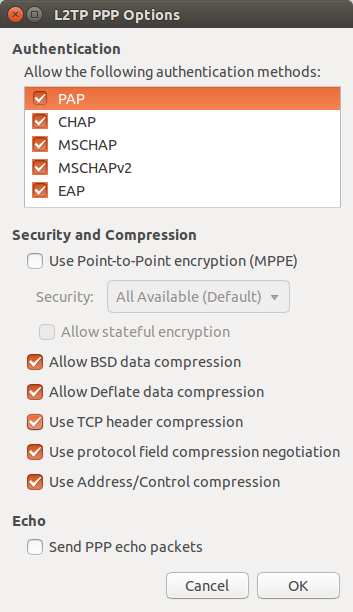 Not the answer you're looking for? Browse other questions tagged networking network-manager 14.10 vpn ipsec or ask your own question.