What Software to Use for Tagging/Annotating/Commenting/Highlighting Video Footage?

My Question in a Nutshell

Iâ€™m looking for a tool with which I can easily organize/manage the video footage I have recorded. I donâ€™t want to only tag the video clip files themselves, though; I would rather like to add notes to different positions in the videos so that I can more easily find the highlights of my shots later.

Iâ€™m not looking for solutions which change the videos themselves. Itâ€™s really just about adding metadata on the frame level.

What I have Found

As far as I can see, most existing media management tools only allow to tag on the file level but for videos it would be very helpful to add tags/markers on the timeline (or frame level) of each video.

The only tool that I have found which comes close to what Iâ€™m looking for is Advene â€“ suggested in this AskUbuntu answer. Unfortunately, I couldnâ€™t get Advene to display any of my videos.

With Blender I could somehow do what I need, however, itâ€™d be overkill and cumbersome to use for this task.

What I have in Mind as the Ideal Solution

The ideal tool would be a GUI program like Totem or VLC in which I can easily add notes to the video which is currently being played. A note would either be tied to a single timecode or to a span between two timecodes. Adding a note would be done with a keyboard shortcut which automatically pauses the video and then provides a text field in which a comment can be added.

The tool would store the notes in a text-based format in a somewhat configurable way. That way, notes could easily be searched later across files with the help of existing tools like grep.

Since Iâ€™m using Ubuntu 14.04 LTS, I would somehow want to be able to run the tool there.

Less ideal but still useful: a tool as described above which can only add highlight markers at certain timecodes (i.e., without text notes).

In Totem you can create custom chapters. By choosing â€śChaptersâ€ť from the â€śViewâ€ť, you get a sidebar for working with chapters: 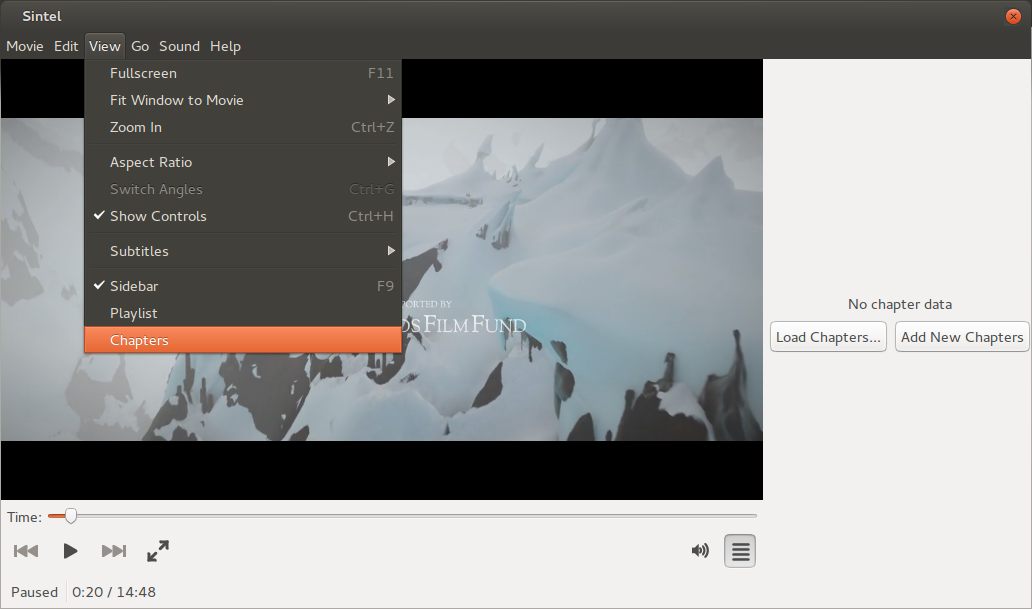 By clicking the â€śAdd New Chaptersâ€ť button in the sidebar and then using the buttons at the bottom of the sidebar, chapter markers can be added, deleted and saved: 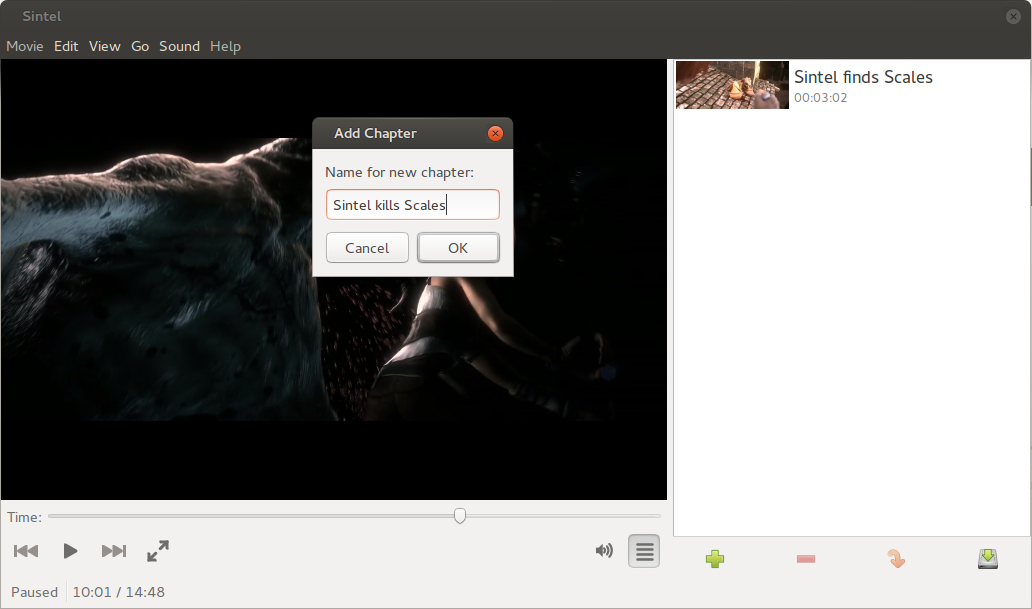 Saving creates a new file with the same name as the video file (but with a different suffix) right next to the video file. The new file is in the XML-based Continuous Media Markup Language (CMML) format, i.e., it can be easily searched with for example grep.

Since the CMML format is open, such chapter files can also be created by other tools and loaded into Totem. This might become handy, for example, when extracting HiLight tags from GoPro cameras and converting them to CMML for viewing in Totem.

VLC has a â€śCustom Bookmarksâ€ť item in the â€śPlaybackâ€ť menu that can be used for marking positions in videos. These boomarks can be saved into a playlist from where they can also be loaded again.

Unfortunately the feature seems to have been partly broken for a while now.

Not the answer you're looking for? Browse other questions tagged software-recommendation video tag tagging media-manager or ask your own question.