How do I easily rename multiple files using command line?

One of the ways I quickly rename files in Windows is

But in Ubuntu/Nautilus, I can't tab to next file. But being on Linux, I think there must be a command line alternative.

However, sometimes, I may want more control over how to rename specific files. In that case, perhaps its better to be able to tab to the next file

I use rename all the time. It is pretty simple, but hopefully you know basic regex:

This will replace the string SEARCH with REPLACE in every file (that is, *). The /g means global, so if you had a SEARCH_SEARCH.jpg, it would be renamed REPLACE_REPLACE.jpg. If you didn't have /g, it would have only done substitution once, and thus now named REPLACE_SEARCH.jpg. If you want case-insensitive, add /i (that would be, /gi or /ig at the end).

With regular expressions, you can do lots more.

Note that this rename is the prename (aka Perl rename) command, which supports complete Perl regular expressions. There is another rename which uses patterns, and is not as powerful. prename used to be installed by default on Ubuntu (along with Perl), but now you may have to do:

Here are a few examples:

Notice the extra space in '^CD RIP ', without the space all files would have a space as the first character of the file. Also note, this will work without the ^ character, but would match CD RIP  in any part of the filename. The ^ guarantees it only removes the characters if they are the beginning of the file.

will change Something.pdf into Something.doc. (The reason for the backslash is, . is a wildcard character in regexp so .pdf matches qPDF whereas \.pdf only matches the exact string .pdf. Also very important to note, if you are not familiar with BASH, you must put backslashes in SINGLE quotes! You may not omit quotes or use double quotes, or bash will try to translate them. To bash \. and "\." equals .. (But double-quotes and backslashes are used, for example "\n" for a newline, but since "\." isn't a valid back escape sequence, it translates into .)

Actually, you can even enclose the parts of the string in quotes instead of the whole: 's/Search/Replace/g' is the same as s/'Search'/'Replace'/g and s/Search/Replace/g to BASH. You just have to be careful about special characters (and spaces).

I suggest using the -n option when you are not positive you have the correct regular expressions. It shows what would be renamed, then exits without doing it. For example:

This will list all changes it would have made, had you not put the -n flag there. If it looks good, press Up to go back, then erase the -n and press Enter (or replace it with -v to output all changes it makes).

Note: Ubuntu versions above 17.04 don't ship with rename by default, however it's still available in the repositories. Use sudo apt install rename to install it

It's not integrated with nautilus, but it gets the job done. Here is a review.

Thunar (part of XFCE) also has a renamer that you can run separately. 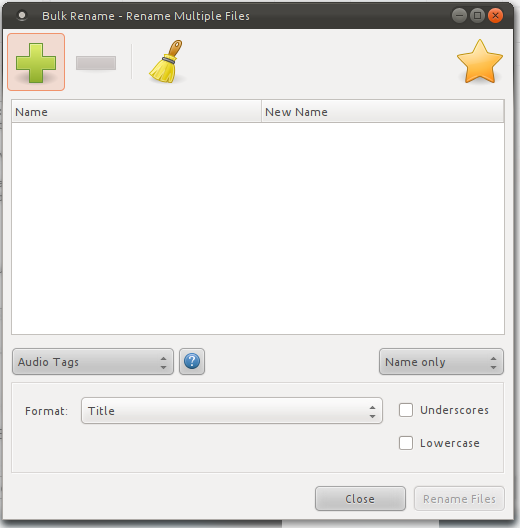 There seems to be a project on launchpad called nautilus-renamer. You can install it by running make install once you download the script and untar it. It seems to have some functionalities or if you do know some programming may be you could just enhance it to your need as it is just a python script. 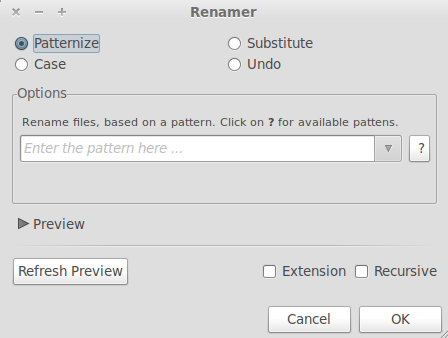 Not really the same question as How can rename many files at once? but I'm going to suggest the same program that I suggested in that answer: qmv.

qmv is a handy tool from the renameutils package. It enables you to use your favorite text editor to rename files. Combined with the power of vim, you have an excellent renaming utility.

Whenever I have the need to rename multiple files, I always fall back on qmv (and vim).

In case you want to do it without command line, similarly to what you have been doing in Windows, use right arrow key instead of tab key. This will select the next file just as tab does in Windows.

If you want to do it in batch, you'll probably want to do it via a script. If you provide more details I or someone else can probably whip one up for you. That said, a script to append stuff to a file might look like this:

Depending on exactly how you need things renamed this will likely be tweaked, for instance if you have specific renaming rules to follow. (Personally I'd do this via a Perl script since my bash-foo is not that great, but that's just me.)

Note that I got the separation of filename and extension from a previously asked question.

If the only suitable option is renaming the files manually, a great way to do that is using vidir (in the moreutils package): 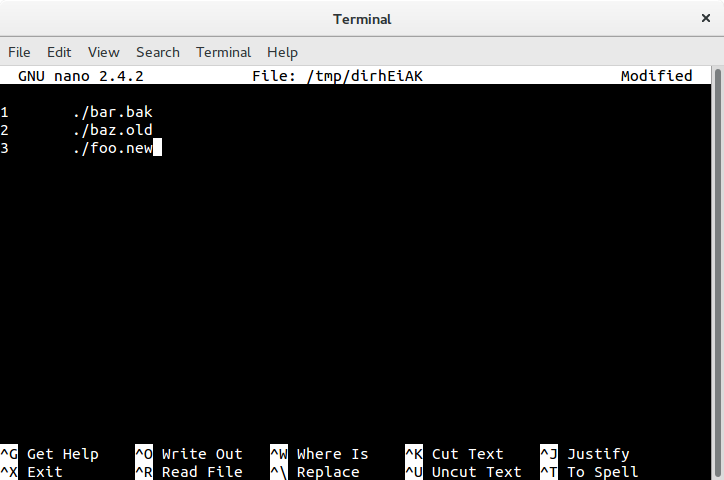 Run vidir, switch the numbers in the lines containing the filenames you wish to switch; hit CTRL+O and CTRL+X: 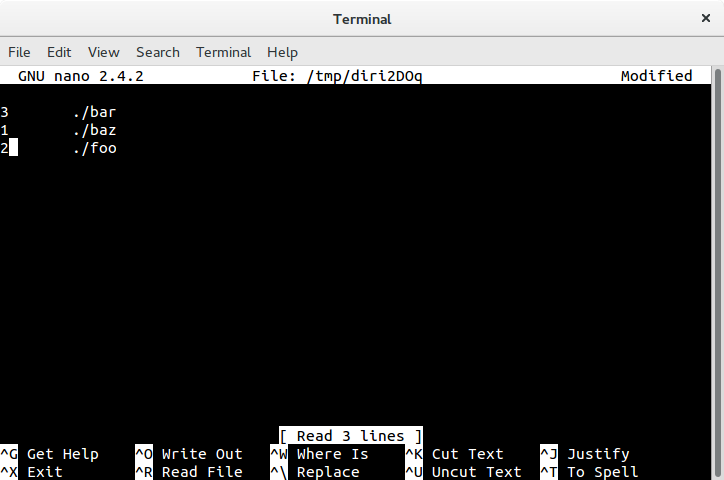 Run vidir, remove the lines containing the files you wish to delete; hit CTRL+O and CTRL+X: 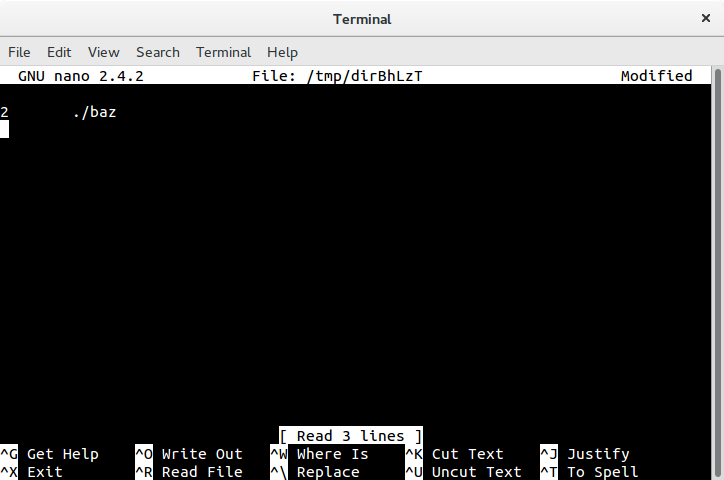 I'm using krename. It is a GUI app. It could read mp3 tags and so on.

It exists as a separate app as well as a part of Krusader.

There's also a rename script - which is a part of standard perl installation (You probably have it installed). Check it out with man rename.

18
Rename multiple files in terminal
11
Rename all ".pdf" files to "_0.pdf"
2
Renaming a word in the filename of all *.jpg files
6
Using wildcards to do mass renaming?
0
append .mp3 at end of every file in a folder
3
Recursively rename files
1
Append letter before previous name in folder. (Rename)
0
Changing files names of more than 100 files
2
How to rename a part of file using find command in directory and sub directories
0
How can I rename multiple files, since using mv or rename *.* doesn't work?
See more linked questions