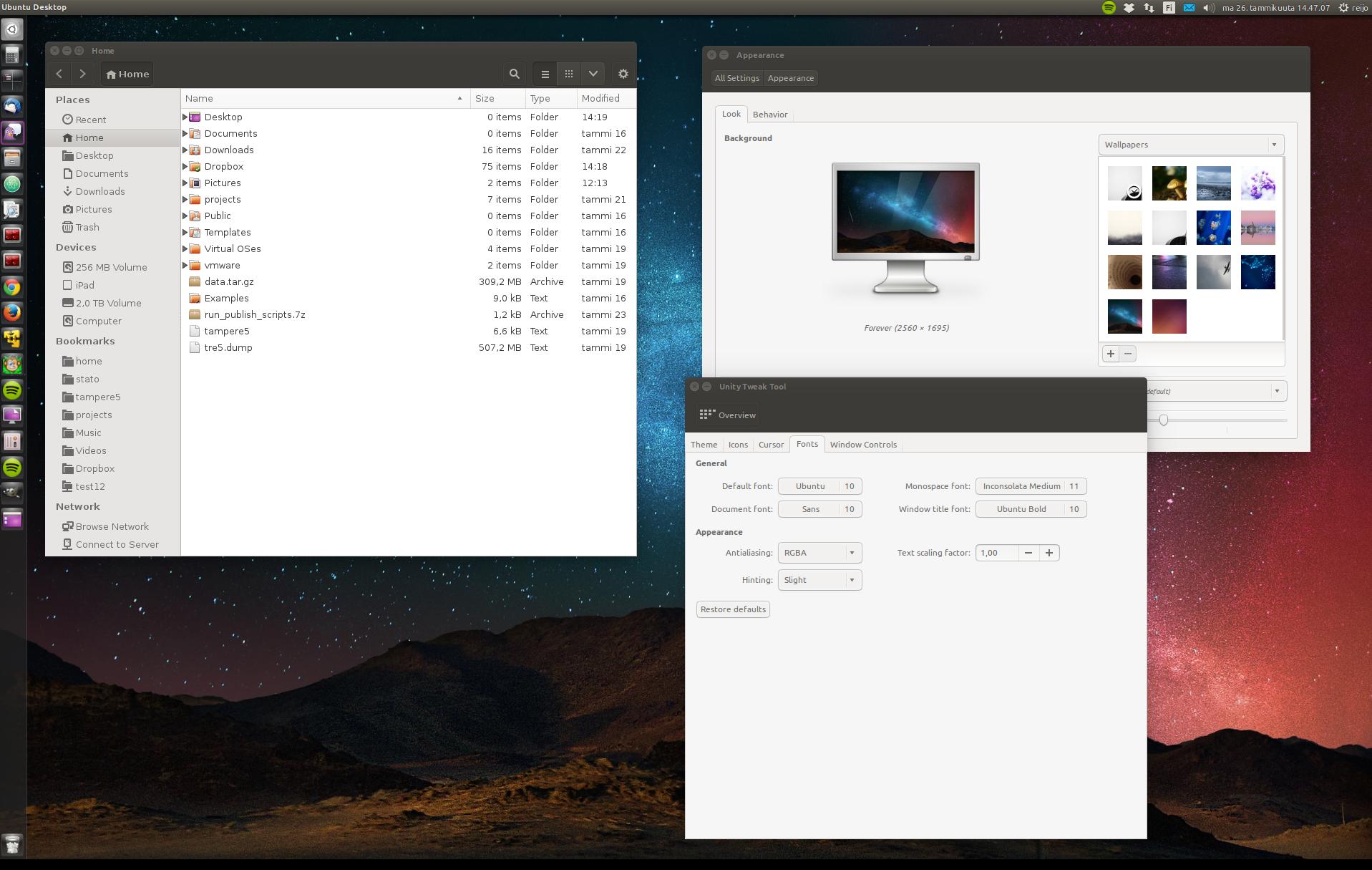 As you can see, Nautilus font has suddenly stopped respecting the OS defaults. It happened by random after a boot today. Resetting fonts to default does not help.

This happened to me after installing the ttf-mscorefonts-installer package. I tinkered a bit and now Nautilus looks right again (it's back to using the Ubuntu font, as it normally does in Ubuntu).

Here is my procedure:

1) I opened a terminal and executed this fontconfig command:

I found other helpful font information in these questions:

Firefox fonts changed after install ttf-mscorefonts (This is what convinced me there may be problems installing the ttf-mscorefonts-installer package.)

Can I override fonts installed by ttf-mscorefonts-installer, prefer Liberation fonts? (This is where I got the idea of trying a fontconfig command.)

UPDATE: As I mentioned in the comment below, I decided the ttf-mscorefonts-installer causes problems in recent versions of Ubuntu, so I removed it. Nowadays LibreOffice includes the Liberation fonts, which are metrically-compatible with three of the common fonts:

If you don't use LibreOffice, you can get the fonts above by installing fonts-liberation package.

You can also match some other common Microsoft fonts:

If you need a font compatible with Impact, Verdana, Trebuchet or Webdings, unfortunately I don't have a suggestion at this time.

I have faced the same problem when replaced my HDD with SSD. Fonts started looking just like in your pictures! I solved this by disabling the Ubuntu user auto-login in a system. When I switch my laptop, I have to enter password to see desktop but fonts and themes are now looking correct.

4
Font rendering in Firefox is blurry
16
Font corruption: lines through characters
1
Kubuntu - cannot change fonts and widget style under sudo after upgrade to 11.10
4
Certain fonts look too small after upgrading
0
What to do when the Options button ("Cog wheel") disappears in nautilus from the upper-right corner - pb re-occurs
0
Stubborn zoomed text in Nautilus / Nemo, whichever set as default
8
Font size changes after running xrandr --off
1
Ubuntu 16.04 Nautilus font problem