I never had this problem until today. When I watch a youtube video everything is fine, until I make the video fullscreen. It actually continues to play perfectly when fullscreen, but when I then exit fullscreen my sidebar and topbar are gone, and the screen is just frozen. Also my cursor is gone. It does seem to respond to ALT-F4, but it takes about 15 seconds to even close the window, and after that everything is unusable (basically frozen). What's strange though, when I re-enter fullscreen after exiting (and unity being frozen) the video plays perfectly still.

For now my workaround is opening tty1 and executing pkill -u username which logs off the user. I have looked at /var/log/syslog but it seems to be empty.

Is this freezing a common problem, if not, how can I make steps to fix this?

It seems like the problem reappeared with Chrome version 49. Below is a workaround that will solve the problem until Chrome fixes this bug. It works without disabling hardware acceleration in Chrome (and potentially causing other issues).

I tried upgrading to

It does not help much. after a while the problem start again, as it is mentioned by other users above.

check for the 16th category -

and see if the box for using hardware acceleration is checked 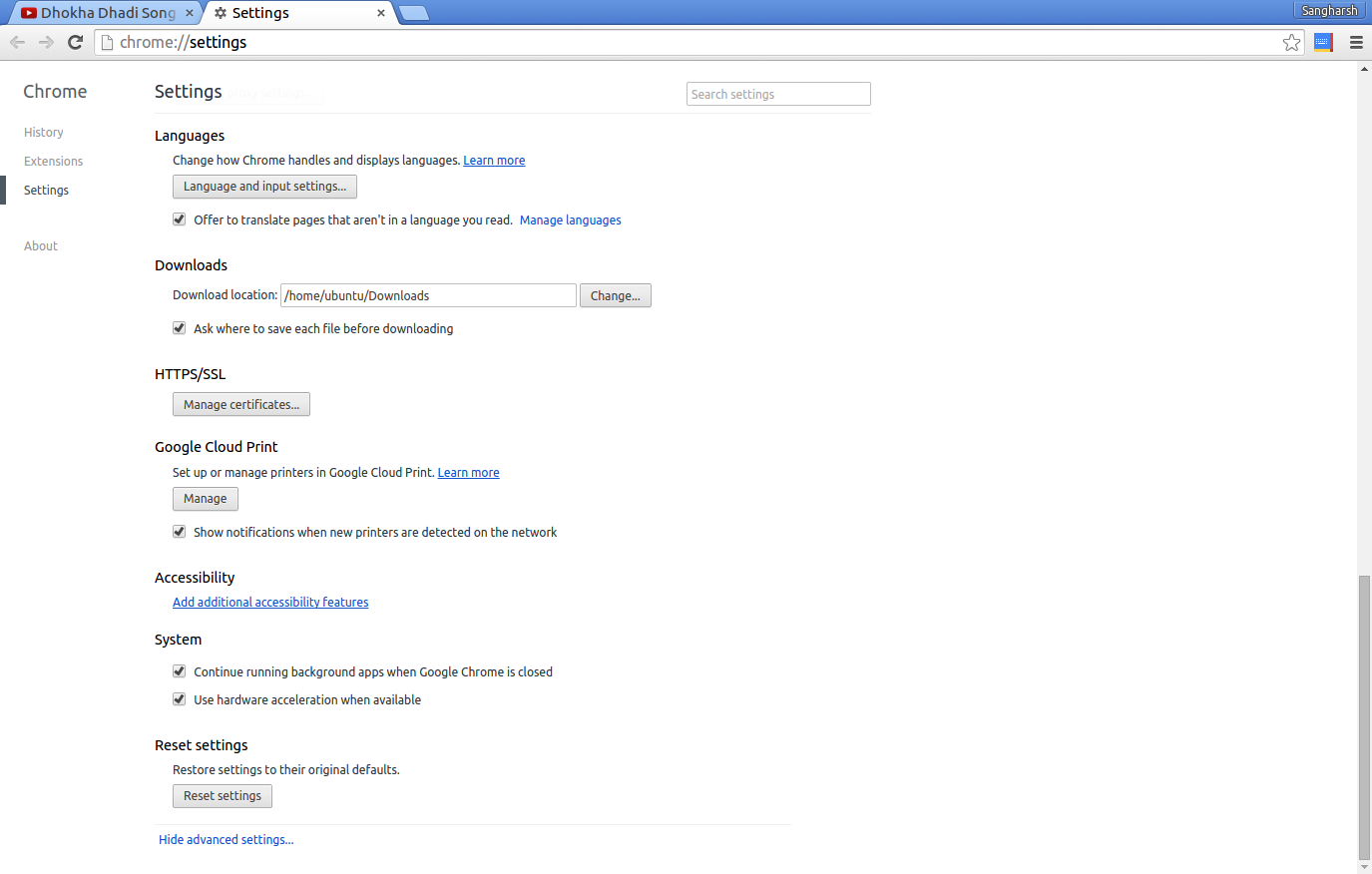 if it is checked please uncheck it. 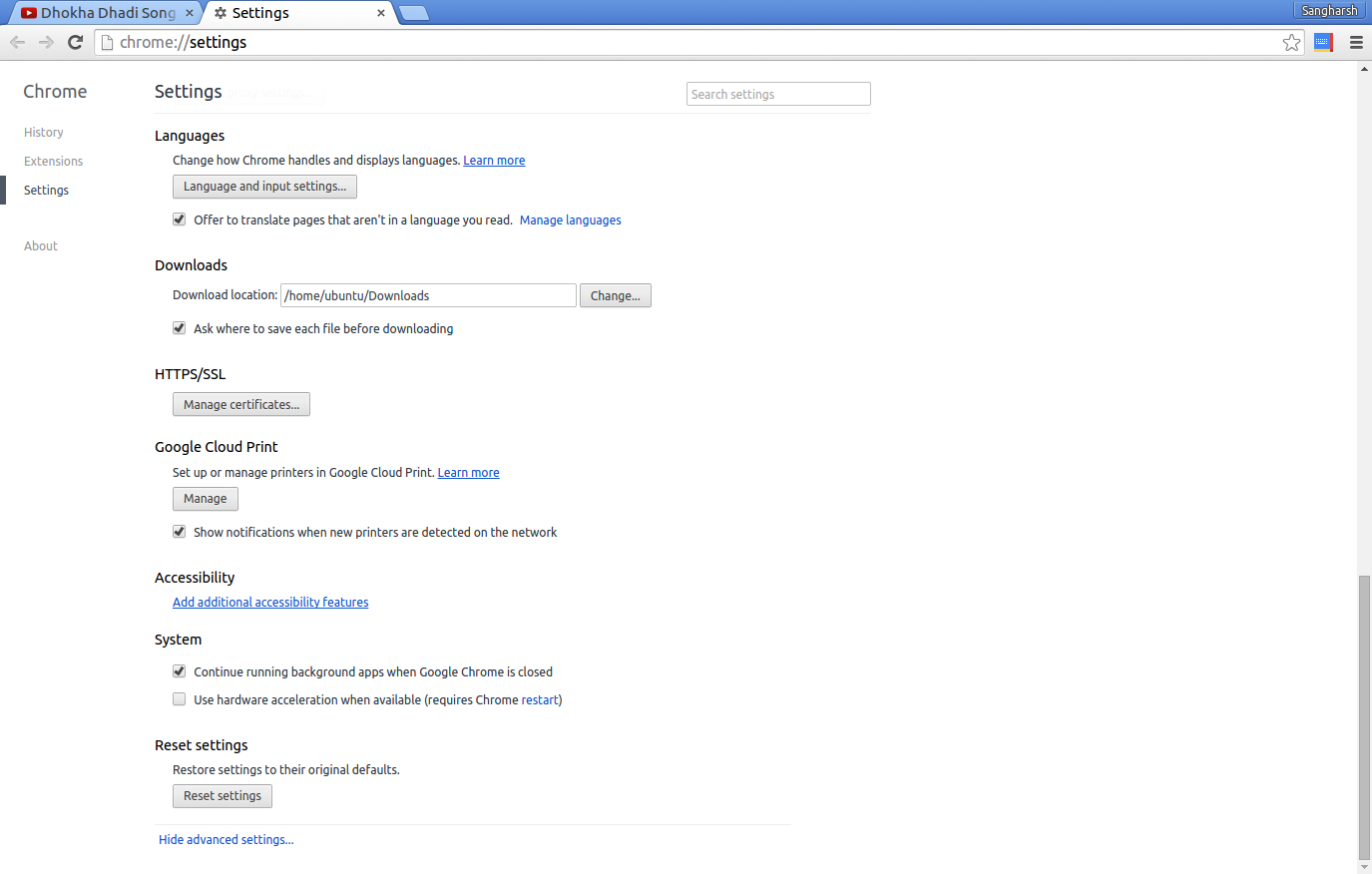 This has solved my problem.

Strongly considering sticking to the beta until 41 becomes stable, or at least until it's 100% confirmed a point release fixed the issue.

Chrome 40.0.2214.93-1 was released and the problem seems to be gone much better now. Similar symptoms still occur some times but much less frequently. It seems that this problem only affected started with the 40.0.2214.91-1 release. So if you're running that version do sudo apt-get update && sudo apt-get upgrade to update to a more current version.

sudo apt-get update && sudo apt-get upgrade should work if you experience the same problem. Then check out your version number in chrome at the About Google Chrome menu.

UPDATE: After some days of consistently working, It has now gotten problems again, and even with netflix. I'm trying out the beta now too.

Not the answer you're looking for? Browse other questions tagged unity compiz google-chrome freeze fullscreen or ask your own question.