How can I get desktop icons to show on-screen with mismatched monitors? 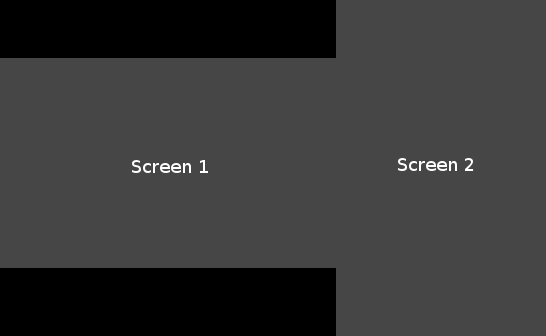 The problem is that when laying out desktop icons, it ignores the fact that those bars are off-screen. So my icons start out off-screen and gradually come on-screen, then disappear off the bottom again before wrapping around (see this screenshot).

I'm running Ubuntu 14.04, but this bug was reported at least as early as 2001. The suggested workaround of using the fallback desktop rather than Unity is not working for me — as mentioned and as you can see from the screenshot linked above, the screen with the issue is my primary one and has the gnome panels on it. I also tried manually adding panels to the top and left without any luck.

Is there any other workaround or fix for this issue?

2
Can I double the Trash on Desktop?