Automake does not find pkg-config macros

So I have found that update to a Wine issue regrading Qt5. The fix calls for me to compile and install Mesa 10.4.1. I got the source from git. So first I downloaded/installed the proper dependences such as flex bison autoconfig aclocal pkg-config and Util-Dev from repos. libdrm-2.4.58 pixman-0.32.6 dri3proto-1.0 and automake-1.14 were source built using ./configure and make/sudo make install. After I came across this in the Terminal after typing in ./autogen.sh 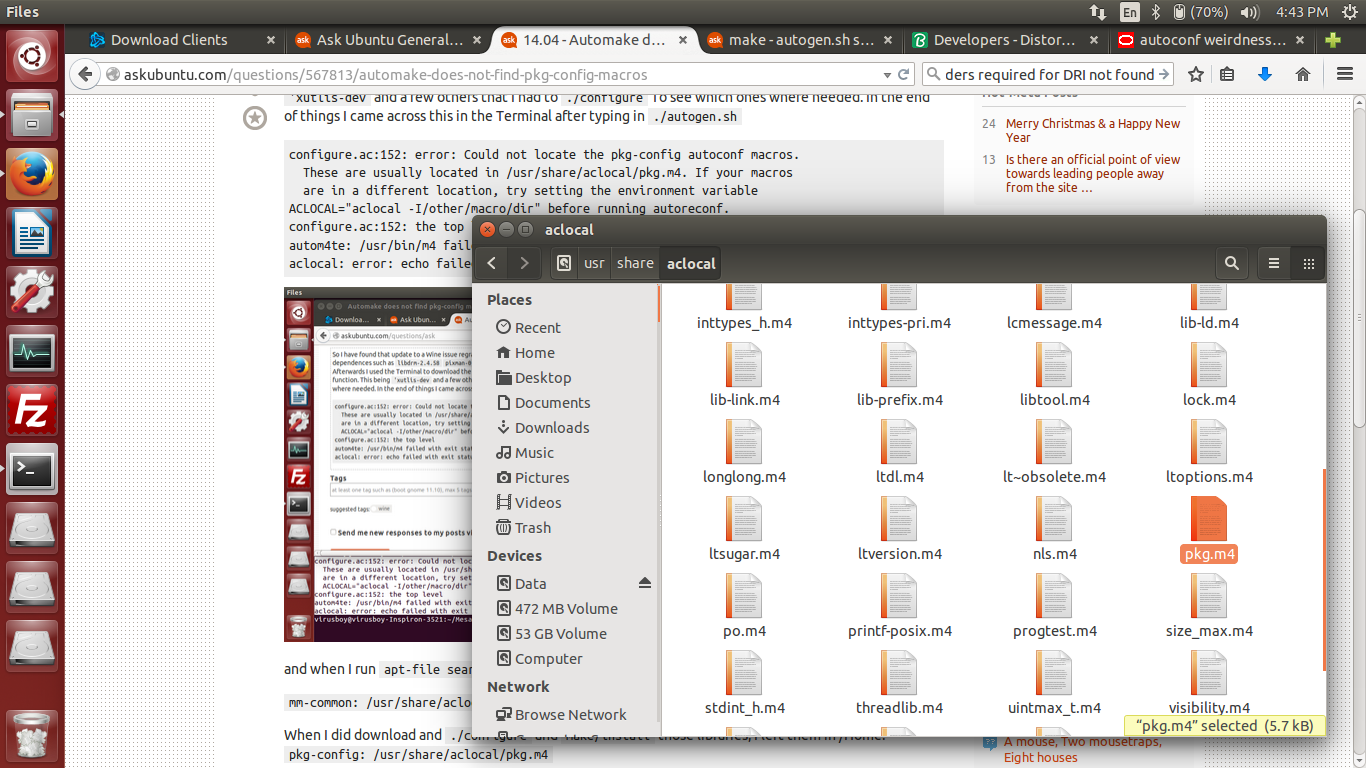 and when I run apt-file search pkg.m4 The Terminal results in

I ran into this same issue. What worked for me was installing autoconf and pkgconf. It was then able to find /usr/share/aclocal/pkg.m4.

If you are using system autoconf, you must export

If you built and installed autoconf from source, you must export

The point is that the /path/where/you/installed/the/stuff/share/aclocal or /usr/share/aclocal path you are putting into that AL_OPTS environment variable must be the one that contains the file pkg.m4.

If that does not work, try exporting ACLOCAL set to

instead, where the argument to aclocal in that variable is what you tried to put into AL_OPTS.

Not the answer you're looking for? Browse other questions tagged 14.04 apt wine or ask your own question.

2
What does apt-get install pkg -y do?
1
g++:error: `pkg-config --cflags --libs opencv`: No such file or directory
1
Install es40 emulator from source code on ubuntu 14.04.3
1
compile error: library is installed (apt-cache policy shows it) but pkg-config does not find it
1
cpan installer fails with “Cannot find pkg-config command.”
2
Python 3 shared libraries and pkg-config on Ubuntu 20.04 LTS
1
Package gtk+-3.0 was not found in the pkg-config search path