I tried two different methods but could not install systemd

Confirmation that systemd is not installed: 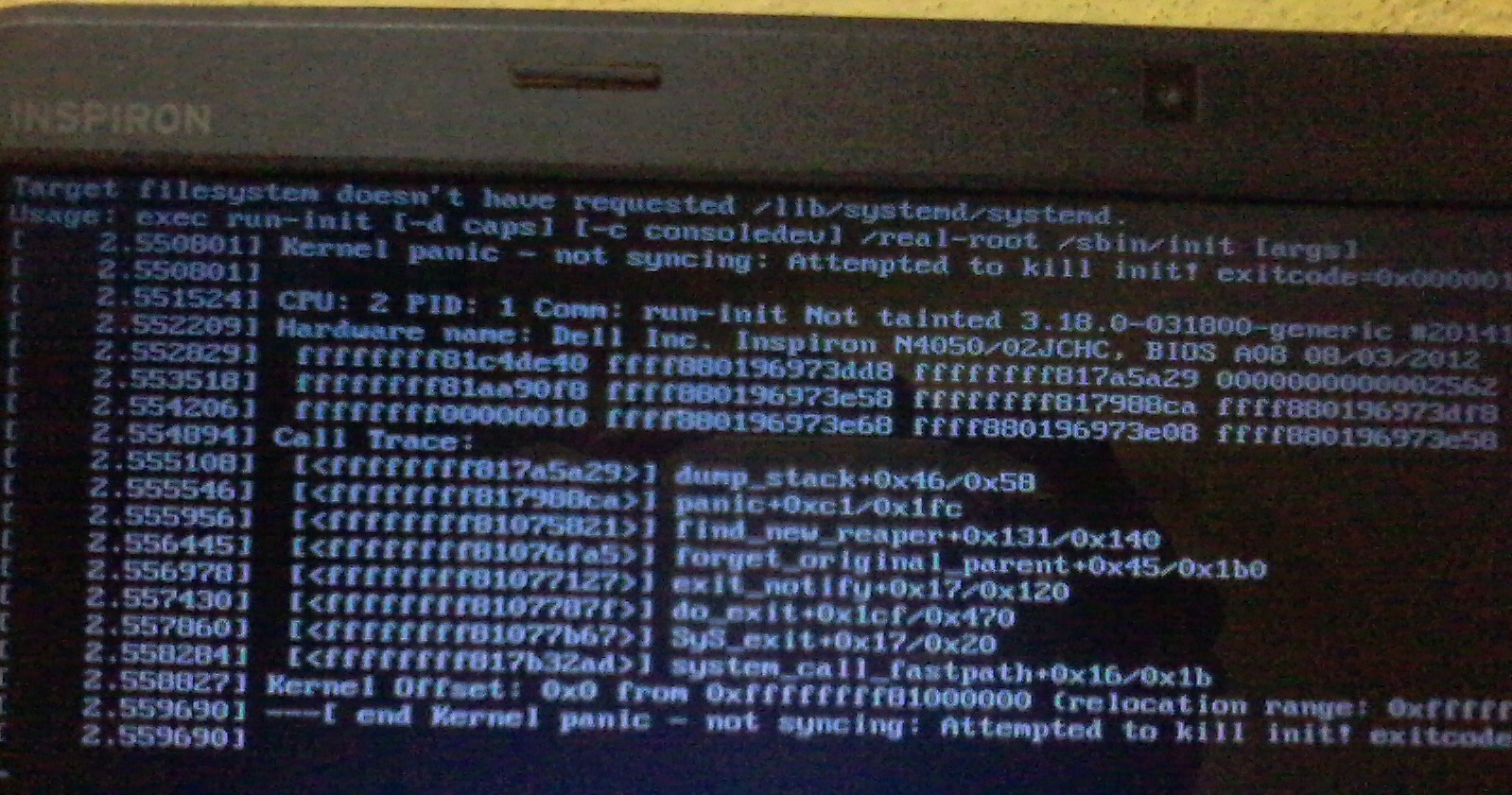 I'm following the methods proposed in https://askubuntu.com/a/420979/294611 (against this question was closed as duplicated to), yet for some reason my system doesn't boot.

Well, I´m not sure what Canonical did. When I installed systemd on my Raring installation (as seen in comments), the binary was there. Now it isn´t anywhere, and the changelog before Utopic version 208-8ubuntu1 is useless (utopic does have the binary there), since they just imported the package from Debian, which is a blessing to Utopic users, since the method described in the answer works for them.

Trusty changelogs doesn´t either explain what could happened either. I checked the BZR repository looking for clues directly about what happened with the package. There´s a systemd.install file in the debian\ directory, yet the package itself doesn´t exist in repositories; the systemv-init package which replace /sbin/init with a link to systemd binary indeed points to /lib/systemd/systemd, which only adds to my confusion. The control file has an entry for the systemd package too. The systemd.link file also links to /lib/systemd/systemd from the /bin directory.

All evidence points that systemd package is necesary to get systemd binary, yet the package itself is not provided anywhere for trusty. This has lead me to think that Canonical decided to not provide systemd binary for releases before trusty in their repositories, which is hinted by the fact that if you build the systemd debian source package that Ubuntu provides you will get the systemd package and all necesary binaries to boot using systemd as init.

So, to solve the problem you are facing, because the binary simply isn´t there, you just need to remove the init of your kernel parameters and revert the changes you have done to your /etc/default/grub file and run sudo update-grub, in summary everything you have done in order to replace upstart with systemd. Afterwards, is your call: upgrade to utopic, leave it as it is, or build systemd package from debian sources.

For now, I would only recommend Utopic and later users to install systemd, as before that, there´s no sure fire way to install systemd and replace the init with the packages provided by Canonical/Ubuntu repositories.

Not the answer you're looking for? Browse other questions tagged boot kernel systemd or ask your own question.

48
How can I replace upstart with systemd?

2
Building a new vanilla kernel - some confusion with the produced debs
0
Help with grub2 booting ubuntu
3
How to exclude LAMP from startup in 16.04
0
installing ubuntu and starting windows isn't in boot option
63
Where are the systemd units/services located in Ubuntu?