My younger brother has a brand-new Asus Eee PC netbook that we'd like to dual-boot Windows 7 Starter (already installed) with Ubuntu 10.04.3 LTS. I created a 32-bit LiveUSB and booted it up after some fiddling with the BIOS, but I'm not sure how the partitioning should proceed.

Here's a screenshot of the netbook's current unmodified partitions, via GParted: 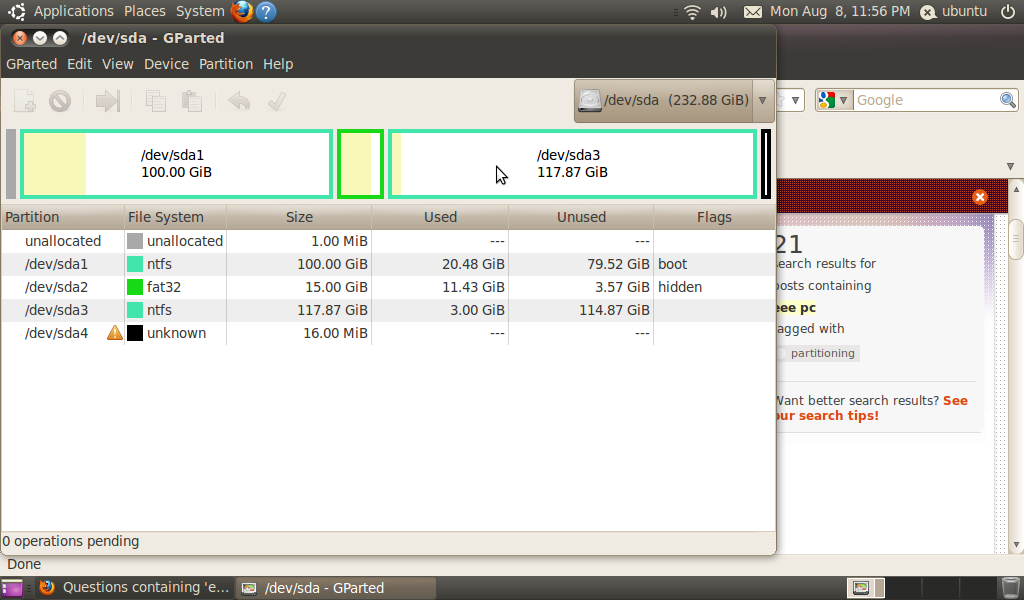 I have found this related question on AskUbuntu which talks about some of these partitions. I figure /dev/sda1 is where Windows resides, and /dev/sda2 is the recovery partition. /dev/sda3 seems to be the Windows D:\ drive, which AFAIK doesn't contain anything important, and /dev/sda4 is, according to the other question, needed for the BIOS's "Boot Booster" option giving faster boot times.

I'm still somewhat of a newbie when it comes to Linux partitioning, but here's my question: could I format /dev/sda3 and turn it into an extended partition, then manually set up an ext4 filesystem partition and a linux-swap partition in there using GParted, prior to continuing with a normal install through the installer? Would this be safe (or smart) to do, or would there be some better partitioning scheme you could recommend? I do know that there can only be a maximum of 4 primary partitions on one disk, so something would have to go. As it stands now, the installer only allows me to wipe the whole disk to be used by Ubuntu or specify partitions manually, which is a bit different from what I'm used to.

After backuping your data, format /dev/sda3 using Gparted on the Live-USB and keep it unallocated. After the job is complete, exit Gparted and start the installation of ubuntu 10.04. The ubuntu 10.04-installer will recognise the unallocated disk space, and you will have an option to install it just there. Do this. Ubuntu itself will make this ext4 and will divide your free space in partitions like 'filesystem', 'swap', etcetera.

Not the answer you're looking for? Browse other questions tagged 10.04 partitioning dual-boot gparted eeepc or ask your own question.