I'm writing a report on statistics and therefore I need to type a lot of special characters in Libre Office. But there's a couple of characters that isn't on the list. Characters like an X with a line on top of it. Kind of an x with underscore but opposite.

Is there something that I can do to add new special characters in libre office?

A symbol such as an x (lowercase or uppercase) with a line on top of it does not exist as a coded character in Unicode (or any other character code standard). This is why you cannot find it in character pallettes.

However, you can enter such a symbol using a normal letter followed by a combining diacritic mark, which could be U+0304 COMBINING MACRON or U+0305 COMBINING OVERLINE. I have to check my own e-book to see which one is better... yep, overline is generally preferable here, since it is more noticeable (longer). Besides, macron is originally intended for use in linguistics (to indicate long vowel, typically), rather than part of a mathematical notation. But this may also depend on the font used, in practice.

The following image shows the letter x, in italic, with macron, then with overline, and then, for comparison, a formula constructed as suggested in @Rishabh’s answer.

You can enter a combining diacritic mark (which is always entered after the base character it should apply to) in LibreOffice using Insert → Special character, check selecting “Combining Diacritical Marks” in the “Subset” menu and proceeding as usual. When you click on a character in the pallette, you will see the Unicode number (like U+0305) on the right. This is important because the characters are often difficult to distinguish. 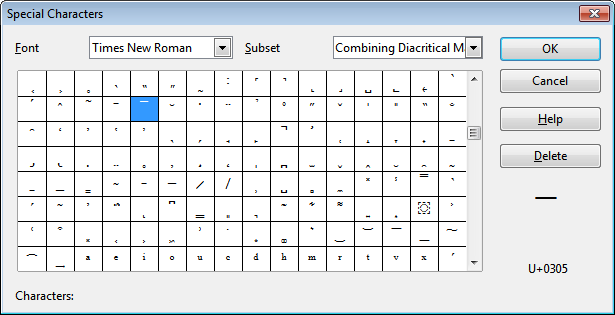 That will insert x bar into it, you can add other symbols (closely related to how latex does it)

I think the special characters available depends on the font being used - e.g: 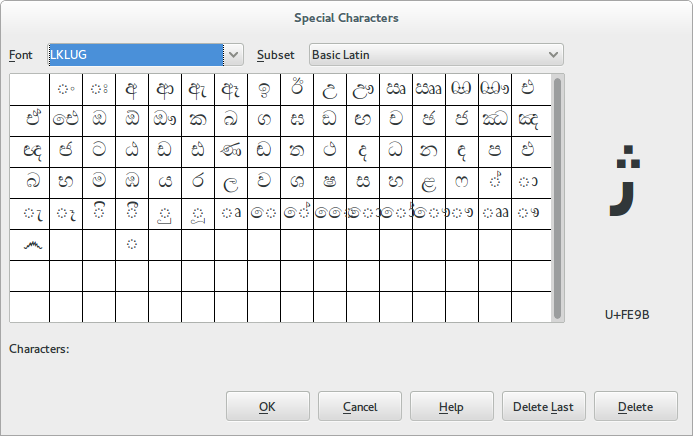 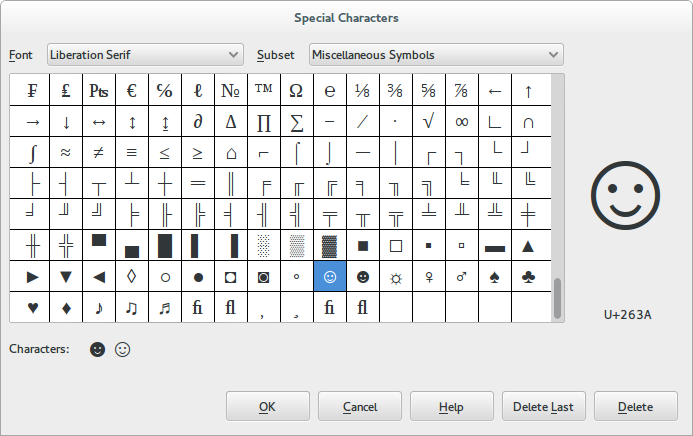 Old but relevant. I would suggest the use of autocorrect option. Here's how: 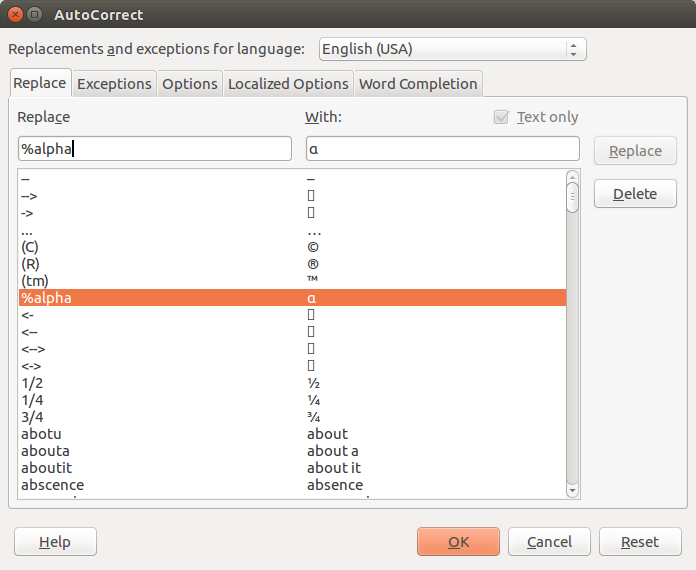 Not the answer you're looking for? Browse other questions tagged libreoffice special-characters or ask your own question.

4
How do you write a macro for a special character in LibreOffice?
1
As of 2016, is there a simple way to produce good looking MS Word documents (.docx)?
1
What are the options to add a full automatic underline in Libre office writer?
2
Why do special characters change the width of trailing/leading space character in Gedit or medit?
8
LibreOffice Impress progress bar with square/circle
0
Autocorrect/autoreplace for Linux?