I sometimes connect my laptop to an external monitor with an HDMI cable, and when I later unplug the cable, it causes a problem with the graphical theme in Xubuntu (14.04).

The window panes, panel, buttons etc. look ugly, and I am unable to change the theme by going to Settings Manager -> Appearance -> Style (I mean the style is on Greybird, as it should be, but it doesn't change when I click on different styles). This only seems to happen sometimes after I unplug the HDMI cable (not every time). 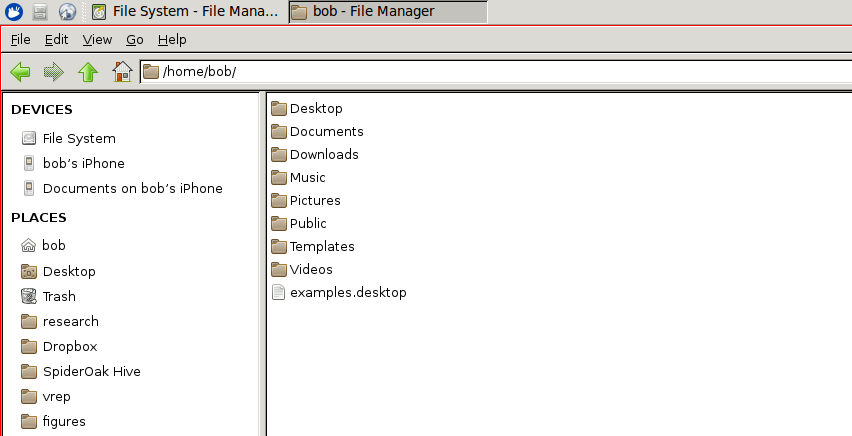 The only way I can fix it is to log out and back in again, after which the appearance is back to normal. I assume something is crashing (gtk?). Can anyone explain what might cause this, or how I could track down the cause?

Edit: I use xmonad as a window manager, and restarting xmonad doesn't seem to help at all.

You need recompile xfce4-settings with this patch:

in a terminal window & see. I just tried it on my linux mint xfce and it seems to work, though I didn't have any problems so it just flickers the screen & then looks about the same. And running it without the & keeps it in the terminal foreground, a ctrl-Z suspended the window manager and seemed to mess things up pretty good, but a kill -CONT from another console (ctrl-alt-F5) got it going again.

Running it in an ALT-F2 "Launch" window might be best.

It seems to work good without needing the & at the end, probably telling a daemon to run in the background is redundant? With all the different desktop environments, window managers, and settings programs it's hard to keep track.

I often hit this issue. To avoid crashing the Xfce theme (and getting the ugly buttons, etc.), I always first disable the external monitor output in Settings > Display and only then I physically unplug the cable. But this ugly workaround may fail at times.

If you have already experienced the ugly themes, this means that your xfsettingsd has crashed. You can easily revert from the ugly theme to the usual desktop appearance settings simply by restarting the daemon in a terminal:

And if this happens often enough (as, for instance, with 4.11.3), then you may want to define a launcher on your panel that will (re-)start the daemon: 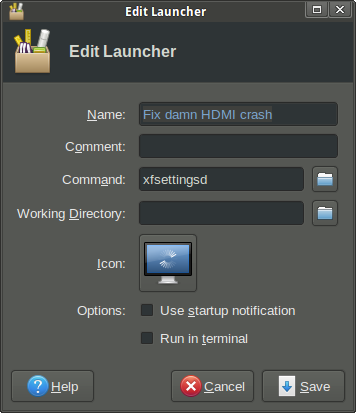 Not the answer you're looking for? Browse other questions tagged xubuntu themes xfce hdmi or ask your own question.