How do I correctly align partions on a hdd with sector size of 4096 bytes?

I just bought a Lenovo x121e (E-350 version). I was able to successfully install ubuntu 11.04 and everything is running fine (for the system to boot an efi partition seems to be necessary however). The laptop has a Seagate Disk with a physical sector size of 4096 bytes.

After ubuntu is installed Disk Utility reports that my partitions are not properly aligned: 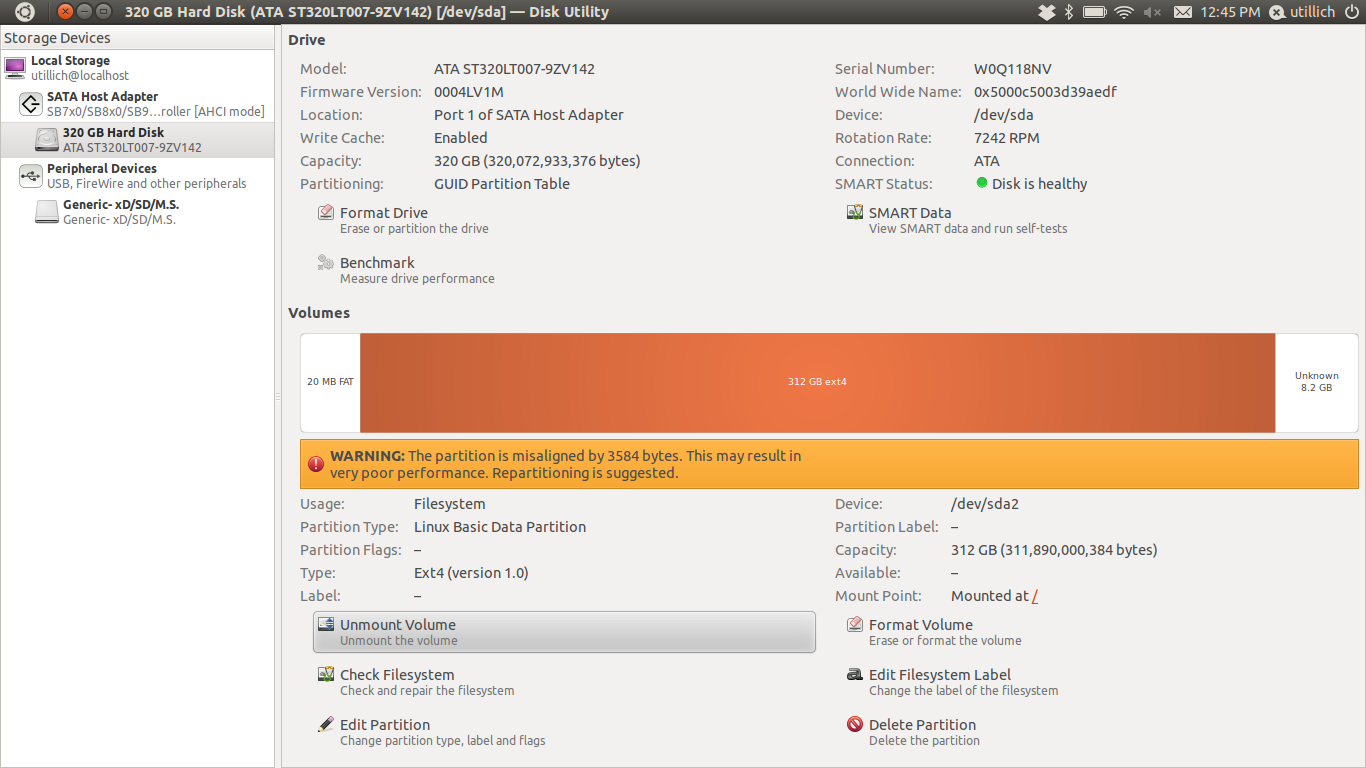 I have tried both fully automatic install wiping the disk (as shown on the screenshot) and setting the partions manually during install. Both variants show misaligned partitions.

I own the TP X121e (AMD E 350), too and ran into the same results that you reported. I found a workaround. It requires a fresh install, although there might be alternatives that don't require this -- well, I haven't tried anything, but at least the following works:

A useful prerequisite was the article http://www.ibm.com/developerworks/linux/library/l-4kb-sector-disks/ and especially the first comment posted by JLockard on 19 November 2010.

I haven't found any way to correctly align partitions to the 4096byte scheme neither with disk utility nor with gparted (there's an "align to MiB" option in gparted but that resulted in misaligned partitions, too).

So I reverted to the command line and used parted (that's the solution the commenter JLockard mentions, see above). And that's what I did:

Any suggestions for improvement appreciated.

My suggestion for Ubuntu: The disc utility of the installer should get a gui option that sets the optimal alignment for 4096byte-drives. That would be the easiest solution.

Not the answer you're looking for? Browse other questions tagged disk-utility sector-size or ask your own question.

0
How To Replace Deleted File Bytes With Random Bytes
2
New HDD for old laptop. What's the optimal partitioning scheme?
1
How to force my system to see my hdd as 4096-byte?