How full is the Ubuntu ARM port (repositories)?

Now I previously had a Chromebook and installed Crouton and Chrubuntu on it.
Chrubuntu was bad, but I was quite happy with Crouton, battery lifetime was excellent, and speed more than adequate, PostGreSQL, mono, monodevelop and nginx firefox and chrome/chromium all ran on it, and it used less space than Chrubuntu did.

Unfortunately the laptop drove away in a train, but without me :(     ;)
Since it looks like I don't get it back, I wanna buy a new one.
From the previous experience, this time I want a slightly bigger hard drive than last time, that is 32GB, and 4GB RAM also seem better than 2GB RAM, max-browser-tab-count-wise.

Now, for what I want, I have the choice between

Now of course I'm going for the 13 hours;
I've read that Crouton + Ubuntu on it should work (don't necessarely like the should, but I will risk that).

But I don't know how much of the Ubuntu repositories are available/ported on ARM Ubuntu.

Anybody using ARM Ubuntu that knows about that ?
Can I assume I find MySQL, PostgreSQL, PHP, mono, MonoDevelop, nginx, Geany, zip/rar and Chromium there ?

What about (Oracle) Java ?

OK, answering my own question. Since I now have an Acer Chromebook CB5-311-T5G2 with ARM processor, I can now answer this question.

The repositories are quite extensive. MySQL, PostgreSQL, PHP, mono, MonoDevelop, nginx, Geany, zip/rar, Chromium and ubuntu-restricted-extras are all no problem. MySQL-workbench and pgadmin3 seem to work better than on my old x86 Chromebook.

Firefox seems to be a bit unstable on ARM (crashes when displaying certain download boxes) - but then again, Firefox being unstable is old news.

Oracle Java can also be installed normally via webupd8.
I ran ElasticSearch, and it worked like a charm - out of the box with the .deb on it's site (thanks to only using Bash-Scripts & Java).

Also, MonoDevelop and mono are there, and seem to work. (was a mono issue - is fixed) ASP.NET MVC 3&4 work as well.

The only software-troubles I've come across is that Adobe Acrobat Reader is not available for ARM Linux, and Microsoft Skype does not offer a .deb compiled for ARM (suckers) ...
But it looks like one should be able to get Skype running on ARM with a "tiny little bit" (warning sarcasm) of extra-work. I'll go with Google-Hangouts/ GoogleTalk/ WebRTC instead.
Probably one could get Viber to work more easily.

More troublesome seems to be the 3D accelerations.
Now, since I don't want to run Quake3/OpenArena on that laptop, I would have thought that this is no problem at all.
But apparently, the abomination that is infamous as Gnome3, as well as KDE and Enlightenment all require 3D acceleration, and what's more important: this requirement can't be disabled anywhere (which is why they are abominations)...

So it turns out that the primary issue is hardware acceleration.
On x86 platforms, the graphics card hardware can be shared between the VTs, so Unity works fine in x86-Crouton.

On ARM, however, we can only have one X11 server touching the hardware at once. This isn't an issue on Chrubuntu (Ubuntu dual boot), since it uses only one X11-server.

However, in crouton, ChromeOS owns the sole X11 server anyway.
So it's necessary to instead create a nested X11 server using Xephyr (crouton does all that for you automagically).

Which works great, and lets you toggle between the two seamlessly.
But you don't get video acceleration, so OpenGL/GL is emulated by software.
And Unity and Compiz do not like this at all.

In this issue thread about that matter it's being said that you can run unity-2d instead.
Well, don't try, it doesn't work, at least not for me.

So, you'll have to stick with XFCE.
Mind yourself, XFCE is not that bad anymore like it was when I first installed it 5 years ago.

It looks like the XFCE-programmers have found it in their heart to allow you to create launchers/shortcuts nowadays :)

Actually, it looks quite bad after the default install.
The keyboard-layout is wrong, and the dock bar and the top task-bar combination is particularly bad, as having the task bar on top takes some getting used to, and the combination of two panels, the dock using huge icons, takes up far too much screen real-estate to be of any use.

Fortunately, you can move the dock vertically to the left, like the unity bar, and put it on autohide and make the icons smaller.

Plus you can move to top bar to the bottom, and remove the "Applications menu" title, which leaves you with something almost windows-like.

Then you can just install gnome-terminal and proclaim it default-terminal, which gets rid of the ugly under-usable xfce-terminal. 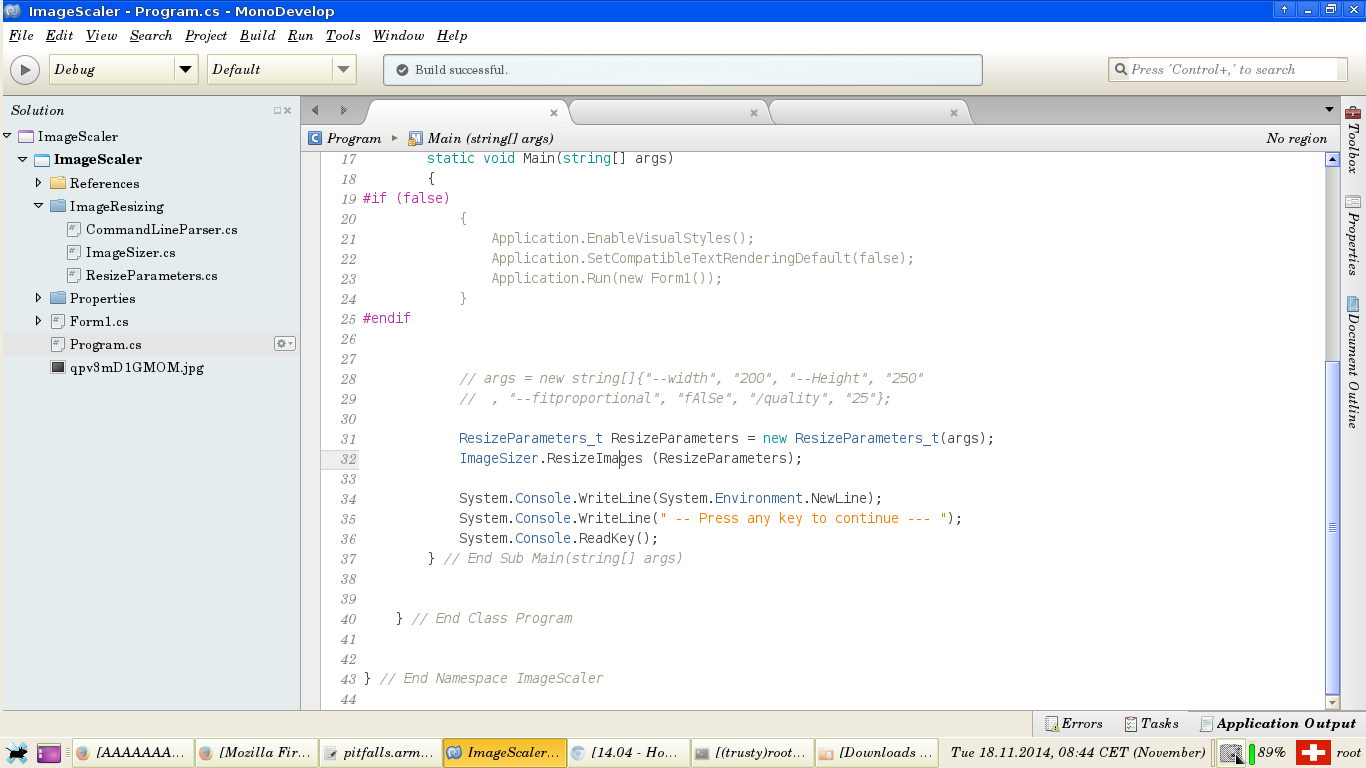 As you can see, one can even customize the date-time format display, and add a keyboard-swicher and show-desktop applet to the panel.

I'd say with a bit of graphical & icon beautification, XFCE4 would have the potential to beat gnome3 in usability.

10
Is Ubuntu-ARM essentially the same as Ubuntu?
4
What PPAs support the ARM architecture (armel)?
2
Ubuntu ARM 13.4
34
True Ubuntu on Chromebook ARM
23
Are there alternative repositories to ports.ubuntu.com for ARM?
0
Flash for Ubuntu ARM?
1
Reduce the size of Ubuntu Installation on Arm Device
0
Ubuntu on ARM Tegra Chromebook (Acer CB5-311)