What Nvidia driver should i be using?

I have a nvidia geforce 840m with intel hd graphics and an intel i7 4th generation, its an asus laptop k550l. I am wondering if i can use the nvidia optimus technology with bumblebee even if it is not specified with a stick or anything on my laptop, I know it increases battery life and that is my main problem so far. thanks! 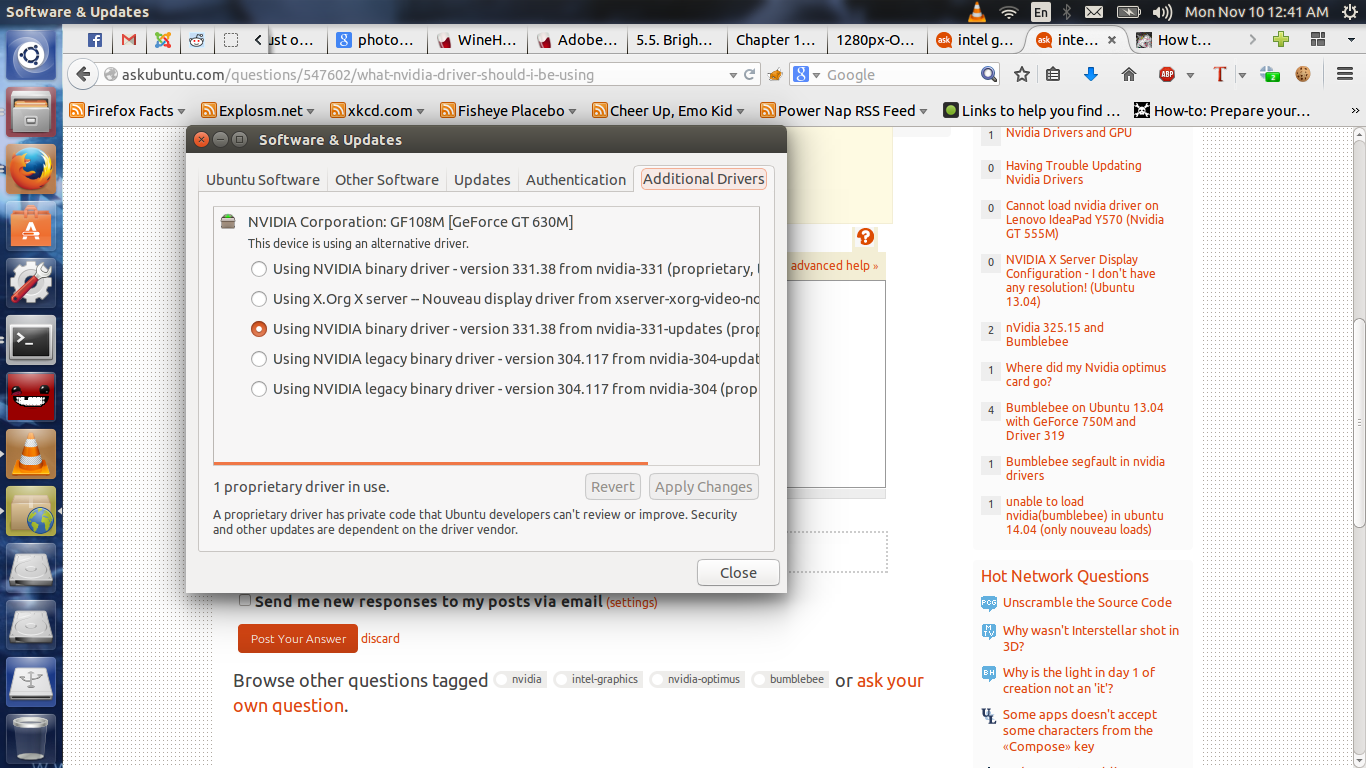 With Bumblebee if you want to run an application using dedicated graphics use:

Up until 2013, nVidia didn't have any plans to support optimus technology in Linux. That's the reason project Bumblebee had started. But in May 2013, nVidia started providing partial support for optimus tech on Linux and it has been quite some time.

But Bumblebee has evolved a lot and is officially supported by Ubuntu since Ubuntu 13.10. You can head over to the wiki page and install the bumblebee drivers and try them out. It is quite battery efficient and is also suggested by steam for running steam games on linux. And if it doesn't suit your needs, you can definitely fall back to the proprietary nVidia drivers and install them from System Settings > Software & Updates > Additional Drivers

Not the answer you're looking for? Browse other questions tagged nvidia intel-graphics nvidia-optimus bumblebee or ask your own question.

11
How to install nvidia optimus driver?
0
How do I make the nVidia graphics card the default?
1
Regarding configuration of Nvidia GeForce GT 740M graphics driver for Toshiba Satellite P50-AX3110 in Ubuntu 13.10
1
Any way to get Nvidia Optimus card working on 14.04.1?
0
Ubuntu on Gigabyte p27k
0
Bumblebee Nvidia Drivesrs
3
Module 'nvidia-361' is not found
1
How to fix NVidia failing to recover from suspend (Ubuntu 16.04)?