I've recently performed a clean install of Ubuntu 14.10. I got Apache, PHP and MySQL from Ubuntu's repositories, then installed MySQL Workbench (6.1.7) from the Ubuntu Software Center. It almost works - there are just two "little" issues, one of which makes the program unusable:

Has anyone encountered these issues or has an idea how to solve them? I tried mysql-workbench-community 6.2 from Oracle website, but it's the same.

I posted a screenshot below. 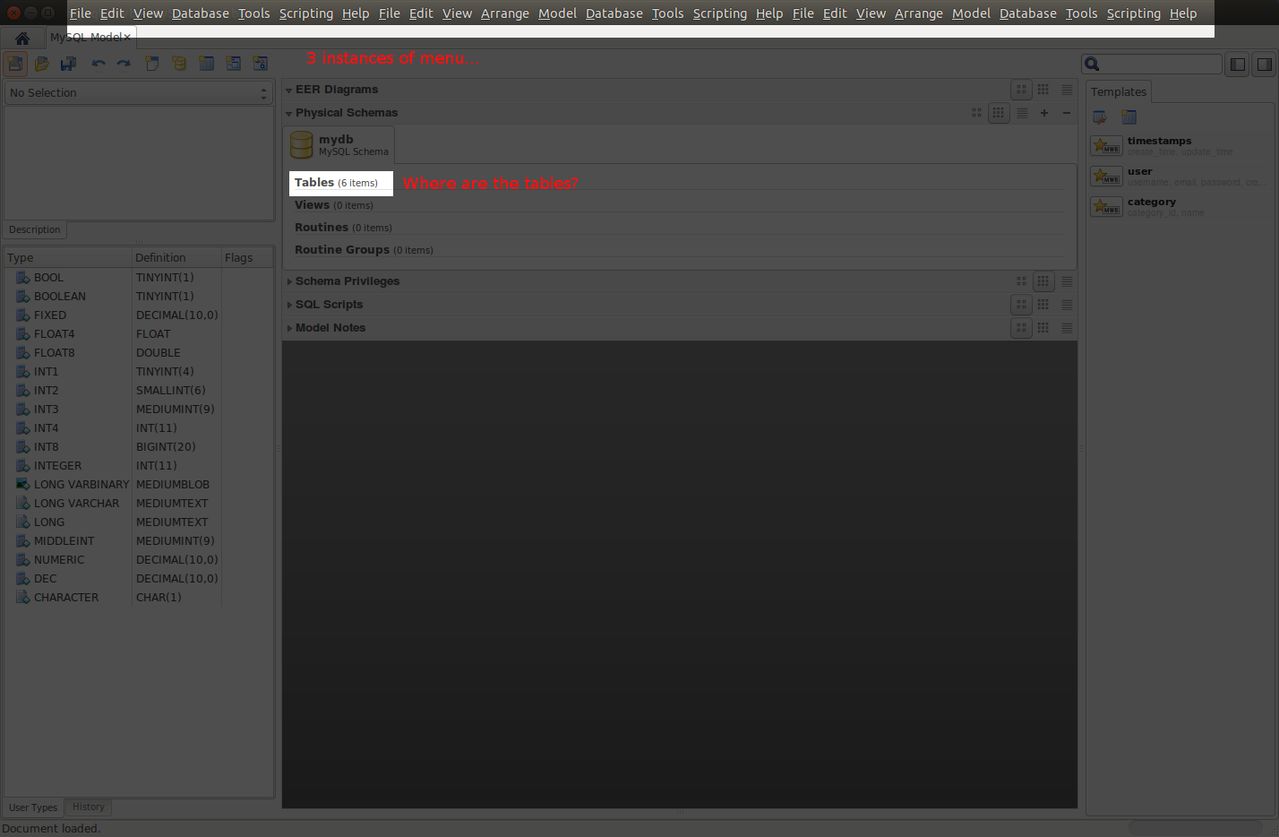 Just luck that I saw your question. This happened about 2 weeks ago to a friend at work. Since I saw the version was 14.10, I suggested to upgrade to 15.04 and then we could proceed on figuring out what was wrong.

After upgrading, his issues with Workbench were gone. So there might be a couple of things that could be causing this:

This is how it looks right now for me:

So my recommendation, before doing anything else, try to upgrade to 15.04 to avoid the End of Life and gain many fixes, enhancements and a newer workbench while you are at it.

Yes, I think moving to 14.04 is the best option. I am using Mysql workbench without a problem. I think you better to download software package directly from official site, and go to downloaded location and open with software center.

Not the answer you're looking for? Browse other questions tagged mysql mysql-workbench or ask your own question.