I have replaced my laptop's HDD with a Samsung SSD 840 EVO 250GB and installed Ubuntu 14.04. I know that the Samsung Magician software drastically improves SSD performance, but have not been able to find a way of installing it to Ubuntu. Has anyone been able to or know how to do this?

There is something called samsung magician dc that you can install in linux. It can be downloaded from this link. The manual can be found in that dropdown list. Extract the tarball from the first link, and open the resulting folder. There will be two directories, 64-bit and 32 bit. Open the one corresponding to your operating system. The samsung magician executable is in this folder. The file is a simple binary so make it executable and run it.

The usage of samsung magician is described in the manual. Also some information on how to use the software can be obtained from sudo ./magician --help. One thing to know is that you pretty much always have to run magician as superuser. For example to list the samsung disks attached to your system you would use the command
sudo ./magician -L There are many more operations desribed in the manual.

Samsung (Disk) Magician is a firmware update tool to notify you about new firmware releases and installing them. The firmwares are also offered as ISO images on the Samsung website.

Complementary features to the core functionality:

To summarize: A bloated LCARS-like firmware updater with no secret sauce.

If you really want to install it, you can follow Brian Moths's answer. But the software does not seem to offer anything that you cannot do already on Ubuntu (other than Windows-specific features that would not work on Ubuntu anyway). It's simply a GUI. 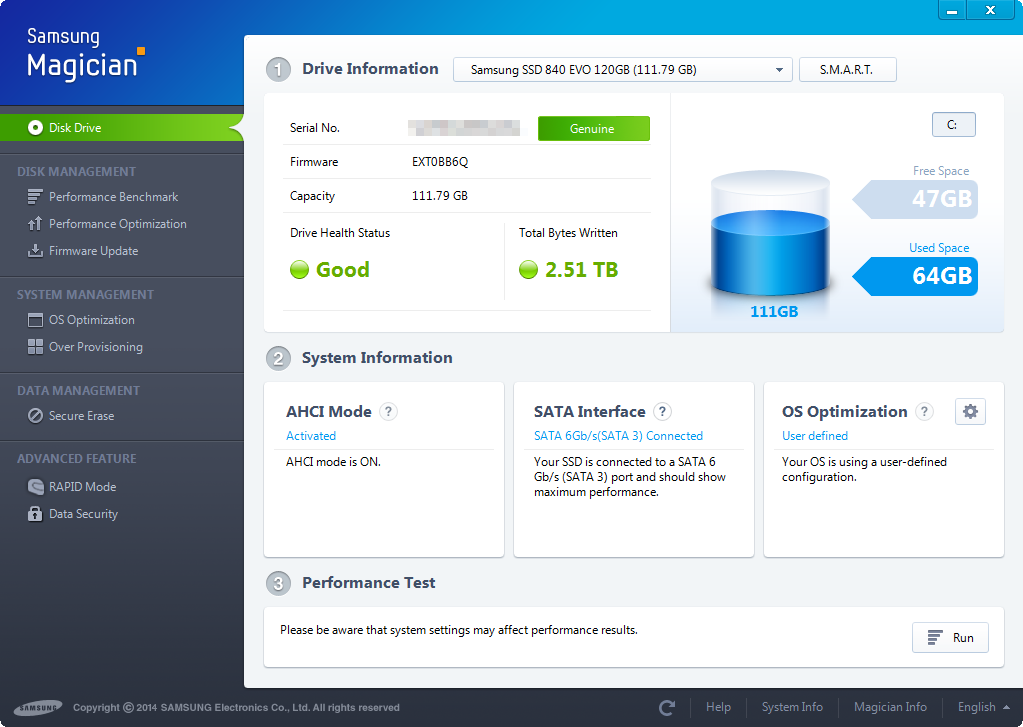 Not the answer you're looking for? Browse other questions tagged 14.04 ssd samsung or ask your own question.