What is the best way of monitoring GPU temperature in Xubuntu 14.04 when using the OpenSource driver?

Is there a program that would display that, in the xfce-panel or otherwise?

After installing lm-sensors and the Xfce panel Sensors Plugin, I can see some temperatures 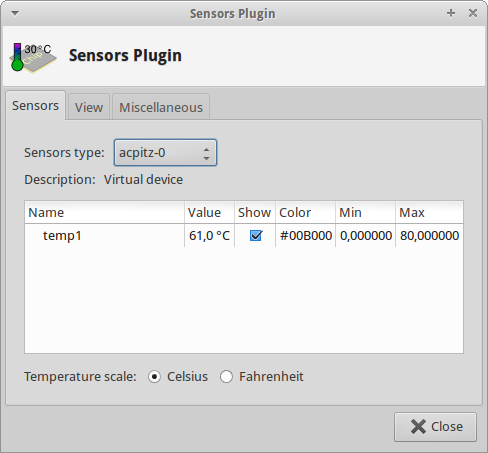 but not the GPU. I use the Ubuntu radeon driver. 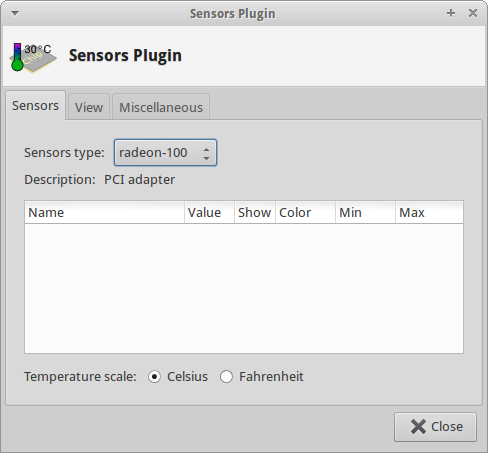 Also, I have installed psensor: but no GPU 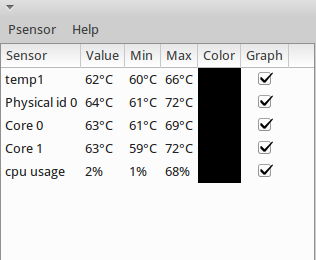 Also, running sensors in Terminal that info is not available: 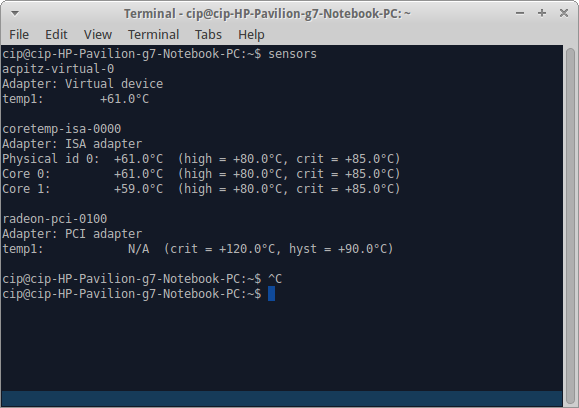 At this Psensor page it reads: When the OpenSource ATI driver is used, the monitoring information is available throw lm-sensors ....

I have installed lm-sensors and following this advice I ran sensors-detect and answered yes to all questions there. In Psensor window now there is a new entry, and it's for radeon, but it's always zero. 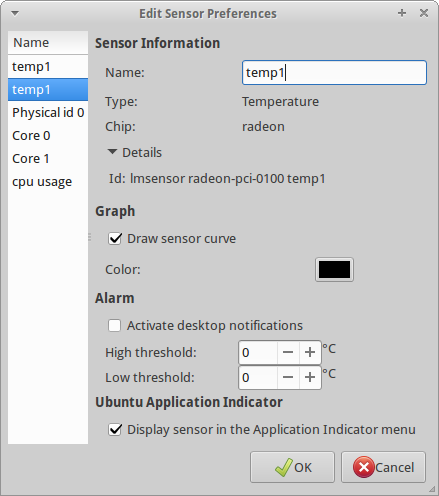 Editing the names so as to display the chip name, it looks like so:

sensors command gives the same info as above. 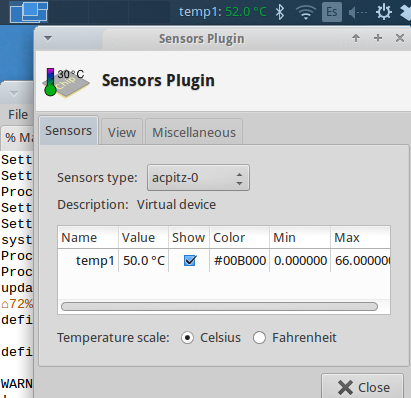 It needs lm-sensors installed and configured, and it is in the standard (universe) repository.

The ATI sensor (when used with the radeon open source driver) should be called something like radeon-pci-0100 --- Notice however that with recent kernels the card is kept off when not used, so the sensor is not read in that conditions --- see https://askubuntu.com/a/469439/16395

You can check if the sensors are working activating the offloading as explained in this post: http://xpressrazor.wordpress.com/2013/10/08/enable-and-use-open-source-radeon-drivers-in-a-muxless-hybrid-graphics-intelamd-setup/:

Now using sensors in another window you should see the temperature reading of the radeon card going up.

After doing all those actions that are presented in the question and also after updating Psensor to version 1.1.2 the Radeon temperature appeared there after reboot.

More here: Psensor Updated With Option To Display Temperature Sensors On The Panel. 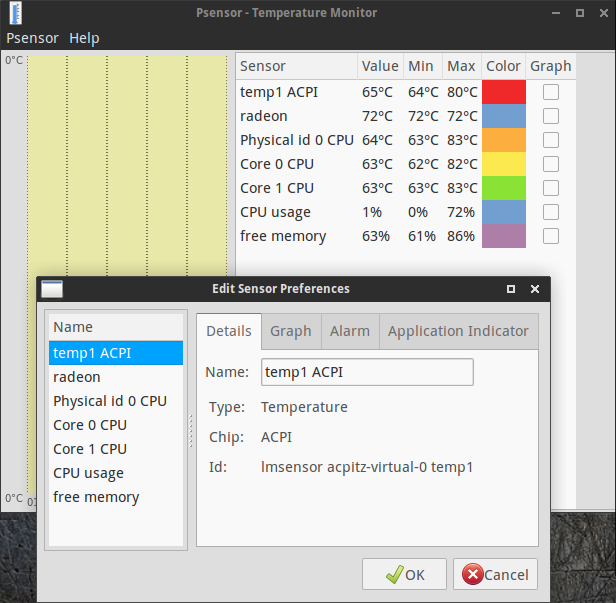 The radeon info appeared in Psensor only after reboot if set to launch on startup. Also, it is odd that if Psensor is closed and restarted without reboot, the radeon entry is absent again.

In fact the ATI card is not working at that moment as this answer explains: New kernel 3.13 has an advanced dynamic power management of the ATI card with the radeon driver. In normal conditions the ATI discrete is off.

Both Psensor and Xfce Sensor plugin will display the radeon temperature at startup if they are open but if they are restarted the entry will be missing in Psensor, will be zero in the Xfce panel plugin and will be N/A when running sensors.

To test this, and start the ATI card, that answer says to run glxgears: 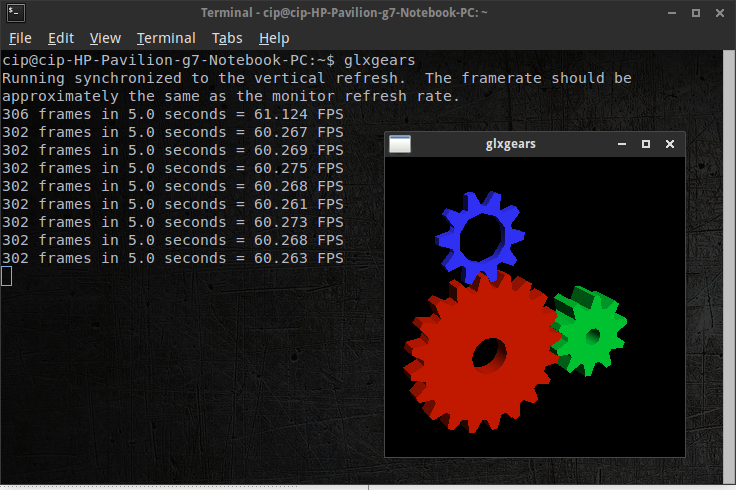 What happens then is that the Xfce panel plugin will show the GPU temperature, while psensor will not until restarted. sensors command will display the temperature of the ATI card.

If glxgears is shut down, the discrete card will stop. Then, Psensor will continue to show the last GPU temperature until restarted. The panel plugin too, but not for long. In its properties, radeon temp is already zero, uncheck and recheck to refresh.

Wrote a small python script which could be used in your XFCE panel to monitor the GPU temp, Utilization, Fan speed, Memory and Power based on gpustat https://github.com/wookayin/gpustat.

You can check it out in my repository

4
Very Low Temperature Reading for graphics driver using lm-sensors
1
How to disable my APU and use the GPU (AMD Radeon) open source driver instead?
1
How to install best drivers for my ATI Dynamic Switchable Graphics ? - heating & crushing before or right after end of install (12.04, 12.10)

3
Does Ubuntu server use the GPU in any way? [GPU temperature]
10
What is the differences between XFCE session and Xubuntu session?
2
What is the best way to install graphic card drivers?
0
Xubuntu 14.04: How do I know if I'm using my NVidia 740M when playing games?
1
How to reinstate the default Xubuntu 14.04 applications menu
2
Is there a way to change the color of highlighted tab in taskbar of xfce desktop of xubuntu?
3
Monitoring the temperature of Nvidia RTX 30** VRAM?