How to install the Jason plugin for jEdit?

I am a newbie in Ubuntu (14.04) so I am very appreciative if you can guide me how to install Jason as a plugin of jEdit.

The Jason page makes it sound very easy by just run bin/jason.sh. I tried to do this in a terminal but run command was not found and I don't know what package I should install. If I double clicked on jason.sh, this file will be opened in jEdit but nothing happen.

Nor I tried to install Jason manually by copy the source file into usr/share/jEdit/jars but it didn't work neither. 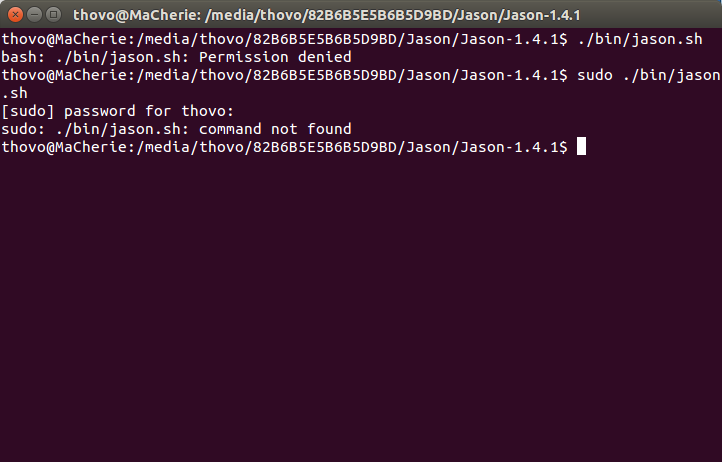 It looks like I haven't permission to execute this file in this folder. I tried to do again with sudo but it didn't work

Suppose you wanted to put the Jason folder in your home folder:

Either or both of those steps can be performed with the GUI (via a web browser and archive manager). If you did it that way, then to continue, type cd followed by a space, drag the Jason-1.4.1 folder into the Terminal to paste its full path (the version number may be different, if you're reading this in the future), then press Enter.

A couple notes about permissions and privileges:

Now that you're in the Jason-1.4.1 folder, run the jason.sh script located in the bin subfolder by issuing the command:

Provided you have all the required dependencies (e.g., Java), it should run Jason.

This is good for verifying Jason works, but most of the time you'll probably want to run it from the GUI. There's two main ways.

You can make make it so Nautilus will run shell scripts (provided they're marked executable) when you double-click on them:

Or you can create a launcher to run the script:

You'll probably want to make a launcher. For convenience, here's one way to do that.

After decompressing the Jason archive, the command to type is bin/jason.sh NOT run bin/jason.sh: 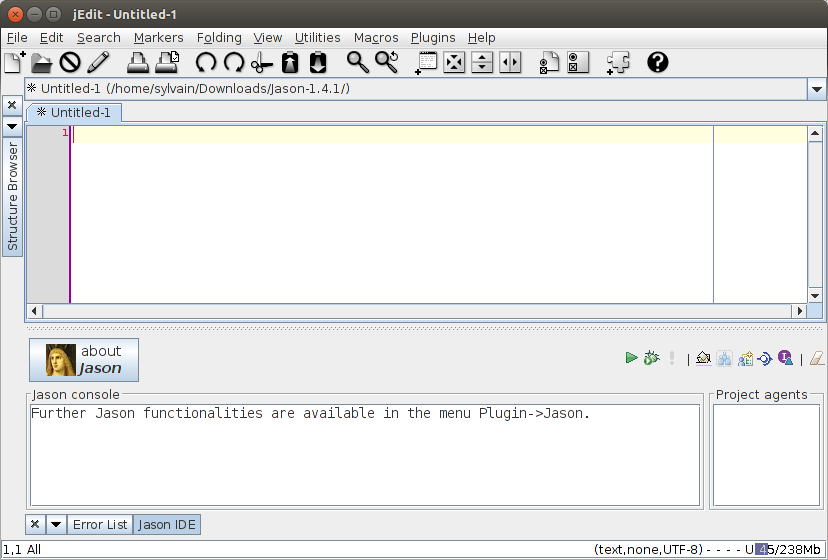 Not the answer you're looking for? Browse other questions tagged command-line software-installation scripts plugins text-editor or ask your own question.

462
How can I edit/create new launcher items in Unity by hand?
287
How can I create launchers on my desktop?
180
How do I run executable scripts in Nautilus?
136
How to add a shell script to launcher as shortcut
18
How can I add a bash script to the Unity launcher?

3
How to install the gedit markdown-preview plugin on 14.04?
0
Shell Script Won't Run
0
How do I install the Noise Repellent plugin, for Ardour, in Ubuntu Studio 20.10?
4
How to install .tar.gz lacking both ./configure and ./bin?
1
Launch script with double click don't work