Is it possible that I can I install CDE through apt-get on Ubuntu 14.04 64-Bit? I am really desperate.

CDE - The Common Desktop Environment is X Windows desktop environment that was commonly used on commercial UNIX variants such as Sun Solaris, HP-UX and IBM AIX. Developed between 1993 and 1999, it has now been released under an Open Source licence by The Open Group. 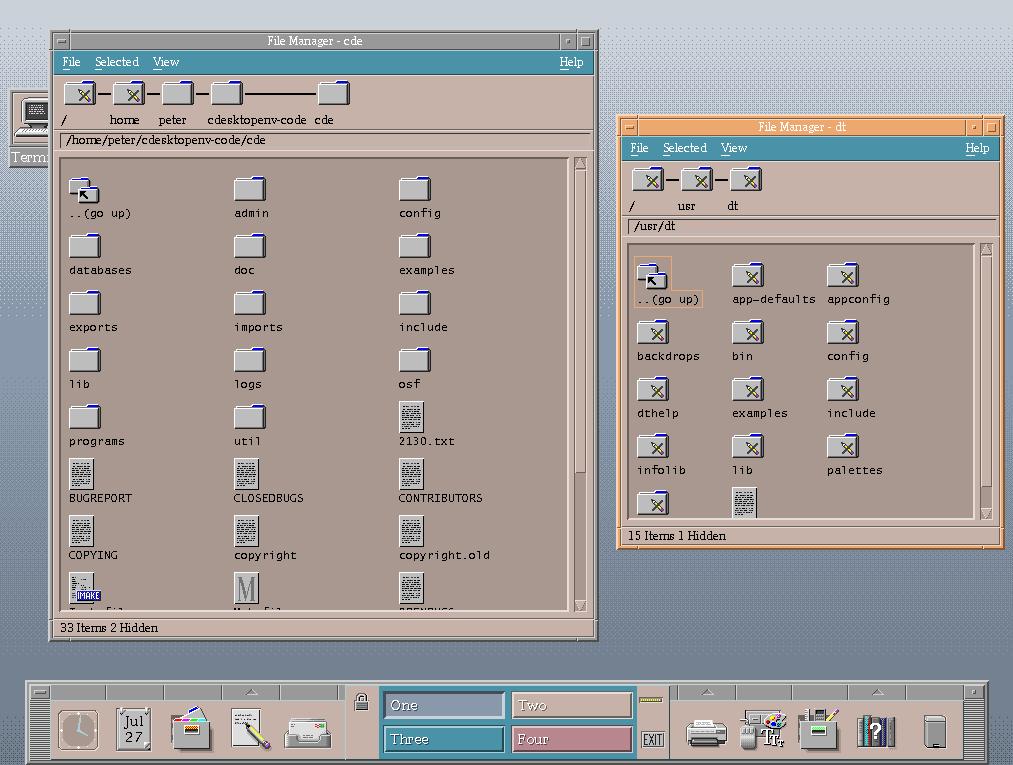 CDE project has detailed build instructions in their wiki.

My understanding is that Linux port of CDE is currently an alpha-quality software and has "quite a few known security vulnerabilities". I'm also not aware of any pre-built .debs or a PPA to install CDE from.

...it should be made clear that at the moment there are no pre-compiled binaries available for systems so at the moment all will have to be confident enough to compile from source

It does not appear to be packaged in the Ubuntu archives or in any PPAs, so you will need to build it from source, or create a PPA and package it yourself, to be able to install it, currently.

You can apt-get install the package cde-desktop from the Sparky Linux repository, Sparky linux is a derivative of Debian so it should work with some tweaking