Is there any way to automatically add icons for an application when a package is installed?

As already mentioned, this isn't something that should be done for an official package. Though I could see how this might be useful in a local deployment.

From design of Unity the desktop is not the place of first choice where applications icons are meant to be (of course you can easily put them there if your workflow needs this).

Having said so, it is therefore reasonable that newly installed applications are put on the launcher rather than on the desktop. By installing from the Software Center you need to press More Info rater than Install

to find a button Add to Launcher on the lower right: 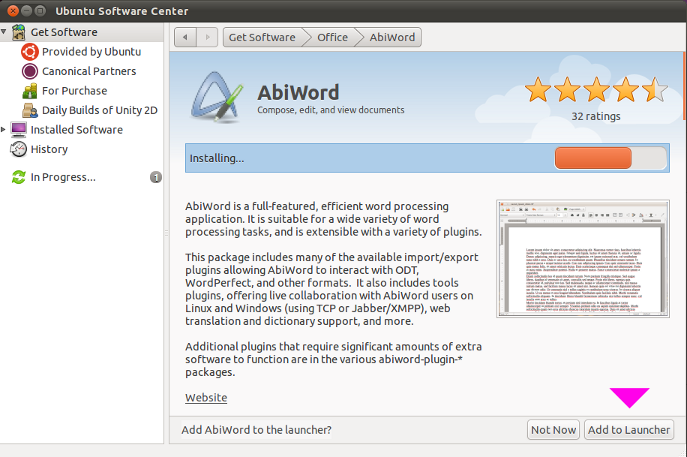 Select this option to put the application's icon on the launcher after a successful installation: 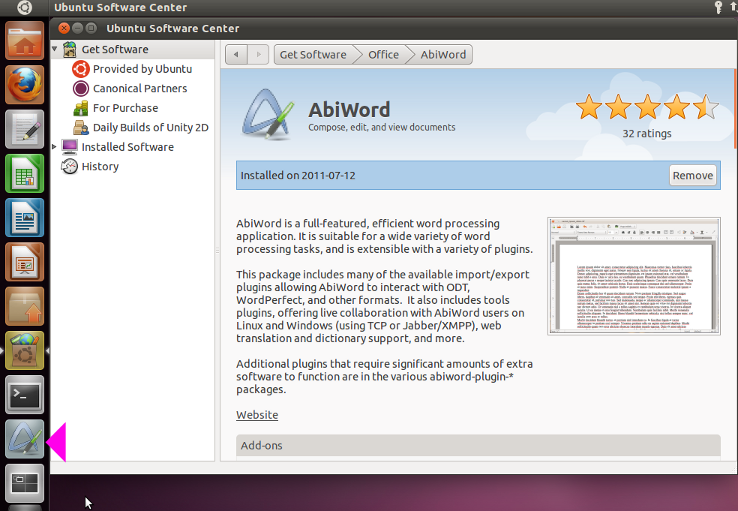 As a previous poster had suggested, it's bad form to touch things in /home/USER during installation. As mentioned there isn't a Global Desktop that you can add it to, so what happens if there are multiple users on the system? Or a user is added after installation?

That said, I believe you could do it in postinst by copying the .desktop file to the /home//Desktop/ folder. You would also want to have a prerm (or perhaps postrm) to remove the file during uninstallation. Verify the file is there before removing in case the user deleted the desktop icon (Also, what happens if a different user uninstalls it?). At this point, this is getting pretty messy.

Technically speaking, that should work. I'm just not sure if you would be able to get that past REVU to be included in the official Ubuntu repositories.

Not the answer you're looking for? Browse other questions tagged 11.04 installation icons packaging or ask your own question.

1
Add icon to Unity panel during/after package installation
1
How to package a single text file into a .deb?
6
always purge on remove in package
0
All my desktop icons have disappeared in gnome shell ubuntu 12.10 after 6 March update
0
Icons in Desktop
1
Desktop Icons not showing on desktop
0
Desktop flickers, icons white