How to set screen borders for HDMI output

Is there a way to set the screen borders manually? Right now, when I have it connected to my TV via HDMI, the edges of the screen are cut off. It looks something like this that I found from another question: 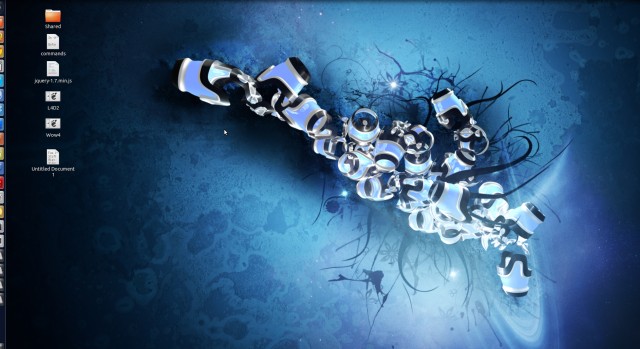 What you are looking at is a"feature called "overscan" (or "zoom" on some TVs). It's the TV itself cutting off the edges!

So, look for a feature called overscan (or zoom) in the setup of the TV, and disable it!

Long time ago, when cathode ray tubes - CRTs - were used as television displays, and the images were transferred in an analogue way, it had a technical reason, it was useful.
The TV stations were used to always have a border with nothing important in it.

With pixel matrix displays like LCD, overscan no longer makes sense.
But people are used to have it, and think it's better to have the feature than not have it.

If you want to sell LCD TVs, you have customers asking for it, and because it costs nothing to provide it, you better list that feature in the description.
It will not do any harm, no problem. Except if someone enables it.

My TV also does that. Usually I just run

This fixes the wrong resolution on the monitor, making it a mirror of my laptop.

I have this command conveniently aliased to something I can remember:

This way I just run xrandr-hdmi-mirror whenever I connect my TV.

Of course, you should adjust HDMI1 and/or LVDS1 to your system. Run xrandr to discover which device you should use.

Since you have only one monitor (your TV) try the following:

I had the same problem with my Samsung TV connecting to my laptop via HDMI and found the solution by going to the TV Menu > Picture > Screen Adjustment > chose "screen fit" that fixed it. There you will find other options too but for me the screen fit did the trick and that over scan issue was fixed.

All this time i was thinking it was the display setting on the Ubuntu laptop i needed to fix. Hope This helps other.

I was having the same problem. The xrandr info in other answers didn't help in my case, but it was good background anyway. I fixed the problem on my screen by resetting the aspect ratio setting back to 1:1. It had somehow been changed to "wide".

Switch Your TV-settings to the 4:3 format. Now You see two black blocks left and right beside the desktop margins. If a third of ubuntu's control panel is cut off now, You can be sure of that the problem is not Your TV.

Although you might experience performance issues when running on a 4K resolution screen with the maximized app window, the app runs smoothly if you scale the app window down a little bit.

Guys there is simple solution to it using panasonic TV. In the Advanced Settings, turn the overscan off. This fixes the problem

Not the answer you're looking for? Browse other questions tagged xorg tv or ask your own question.

3
Is it possible to have Separate X Screen with separate sound?
1
Over-scan Issues when using HDTV through VGA
5
How do I adjust display size, not resolution?
2
Wrong resolution for TV connected via HDMI (32LG3000)
6
How can I run X on 1 out of 2 GPUs connected?
1
Kubuntu never gets to the login screen
0
HDMI1 Disconnected Plasma TV xrandr Ubuntu 14.04lts
1
Ubuntu Server and Kodi
0
Ubuntu 17.10 display glitch with AMD Radeon RX480
11
Turn off all monitors while watching VLC media on TV