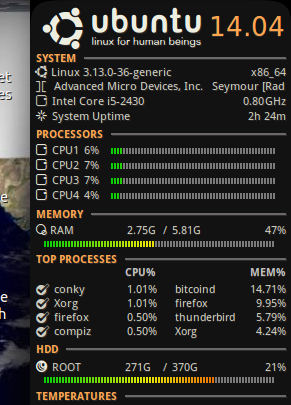 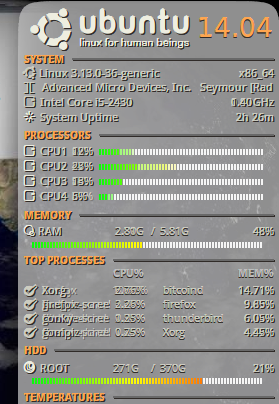 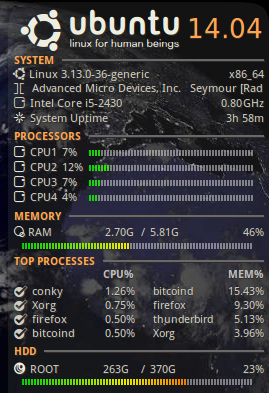 I've tried all sorts of combinations of the relevant section in .conkyrc but to no avail...

I've recently noticed it's variable: it always does this right after startup or 'conky' in terminal, but after a while it stops (so conky's normal), but then after a variable time interval, the 'stacking' starts again...

NB the more I look at it, the more I think it could be a window compositing or window manager and NOT a conky issue. Strange, because apart from the conky refresh issue, the system is running flawlessly (so far...)

Thanks for any help

I've run into same problem. Transparency does not work with window_type override. And window_type desktop disappears on show_desktop. I've come up with this config for ubuntu 14.04 with unity and compiz

For me this works, even though I don't use compiz and 14.04. After applying new values to .conkyrc did you restart conky in terminal like this killall conky, then conky?

I fixed it with this setup

Not the answer you're looking for? Browse other questions tagged 14.04 gnome compiz conky transparency or ask your own question.