I have downloaded iso image of Ubuntu 14.04 from the official website. After that I burned it on a DVD, when I boot my computer with the DVD inserted in the drive I see the following messages on a black screen: 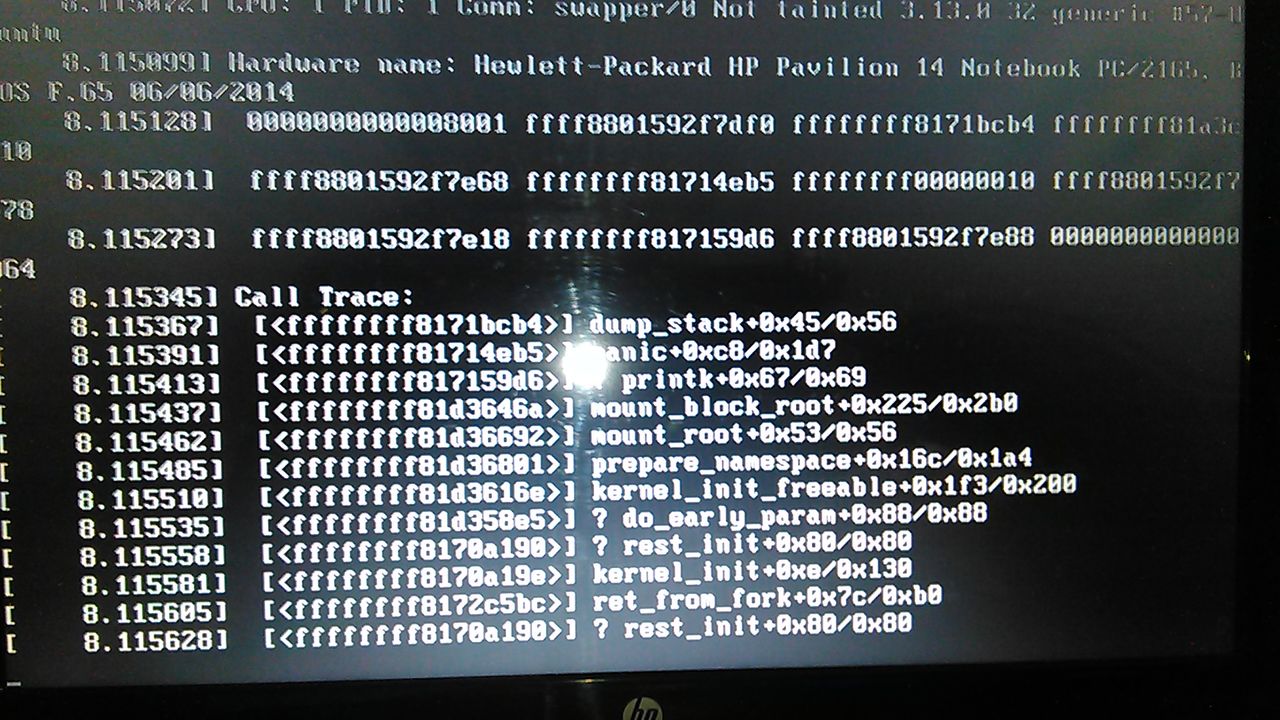 I do not know how to deal with them.

Since the md5sum of the .iso image turned out wrong when you tested it, you have a bad .iso file. It's highly likely (though not certain) that this is the cause of the problem.

You should download the iso again, md5 test the new one, and assuming that one is good, burn a new DVD from it. If the .iso file has a different md5sum from what it's supposed to have, that means it got corrupted, most likely during download. (Or it's possible the download didn't finish all the way.)

Corruption in file downloads is the exception rather than the rule, so most likely this second download will work. You should md5 test it too, though.

But if the md5sum of the new iso is wrong too, then provided you're comparing it to the correct official md5sum, that suggests a problem with the quality of the Internet connection used to download it. You could then use bittorrent or zsync to download it more reliably.

Not the answer you're looking for? Browse other questions tagged boot 14.04 system-installation or ask your own question.

503
My computer boots to a black screen, what options do I have to fix it?
18
How to download Ubuntu over an unreliable connection
14
How to identify and replace broken files in a corrupted Ubuntu ISO?