After an upgrade from version 36 to 37, the fonts in Google Chrome browser and its opensource variation Chromium look much worse. In the attached screenshot you will the same page viewed with version 37 (left) and 36 (right). The fonts on the left are visible fatter and fuzzier than in Chromium. Any way to fix it? 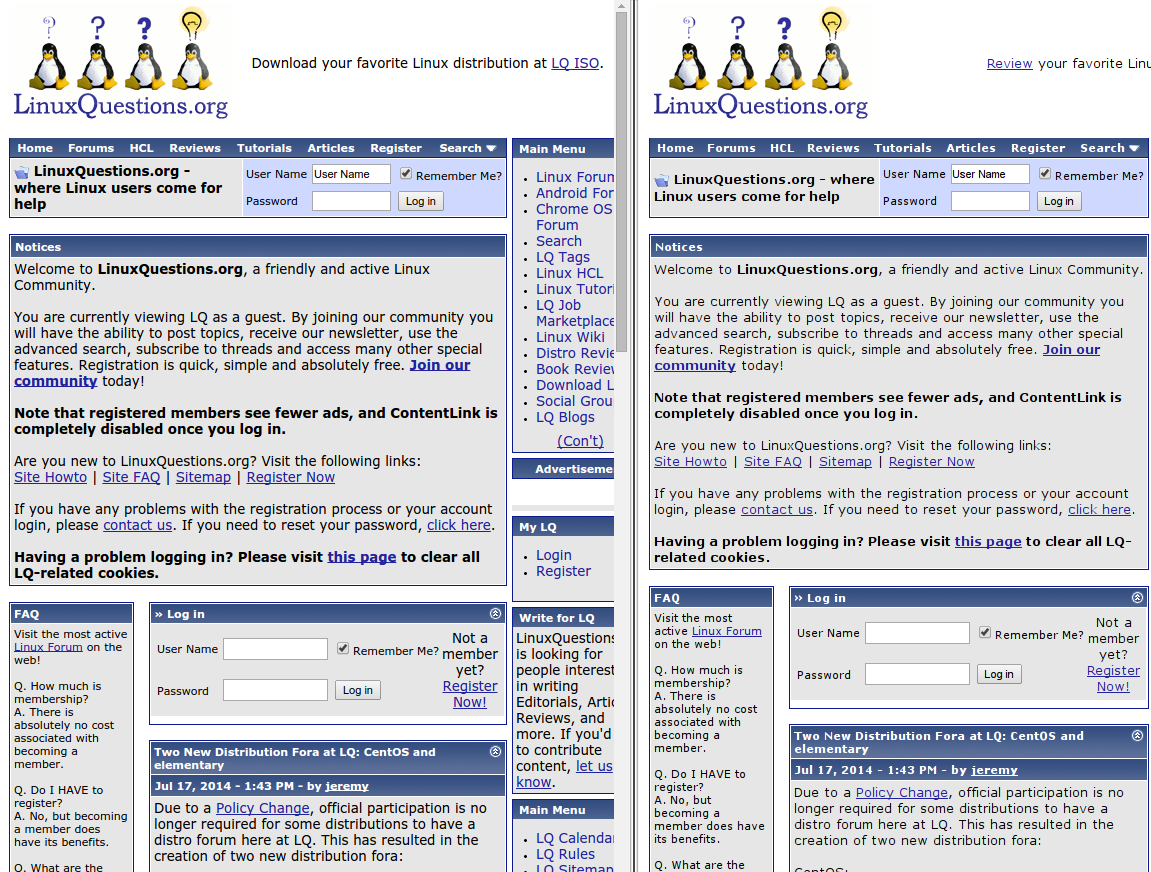 UPDATE: I googled and found that starting with version 37 Google Chrome comes with a feature DirectWrite with is meant to improve font rendering for Windows users. It seems the font looks in Linux is also affected by this. However, on Linux there seems to be no way to disable this feature using chrome://flags. For now, I downgraded my browsers to a version prior to 37.

Ok, I am now able to use the newest version of Google Chrome without being annoyed at the fonts. I improved the fonts' visibility buy setting the hinting style to full:

please test if by overriding the system settings for Microsoft type fonts the problem is solved. The problem is because freetype, the font rendering engine works differently trying to render Windows type fonts correctly (This is more of a horrible job in Microsoft than on Linux) by taking into account the embedded bitmaps these fonts have inside by default. So do the following:

Not the answer you're looking for? Browse other questions tagged kubuntu google-chrome fonts chromium or ask your own question.

3
Fonts look squashed or stretched in the browser on Ubuntu
3
After installing MS fonts, the fonts are still not the same as on windows
1
Fonts in browsers seem to be rendered differently than in the rest of Kubuntu
0
Why "Ubuntu light" font is rendered with normal width when set as interface font in gnome?
2
Why is Display flickering in Chrome/Chromium of Zenbook UX303UA with Google Plus?
0
Problem with google-chrome and chromium-browser
2
Bangla Font displaying issue in firefox 58 on ubuntu gnome 16.04
5
Google Chrome - Rendering Yellow Fonts with Green Border on HDMI Screen