To save disk space, I had formatted my windows installation, and somehow I was able to install Ubuntu once again when the first installed copy of Ubuntu along with the windows start to failed.

I partitioned and installed Ubuntu on 160GB HDD, then I was mounting the remaining 116GB of that drive and 500 GB on /media.

When I noticed my system runs without swap memory I tried editing fstab, still it doesn't mount swap partition.

My problem is, my system get hanged frequently, mostly when I browse using firefox/chromium. The system hangs so badly that I'm not able to get terminal by alt+f2, the only thing work there is Alt+PrtScrn+ REISUB.

Both nginx and Apache are running on my system, I have only 2GB of RAM.

I don't know where to start to bring my system to working condition. ( I'm stopping my experiments with Ubuntu, whew!!! )

Please advise me, buying an additional RAM or HDD will work here, I'm totally confused and upset that I'm not able to continue my works on this machine.

My system has swap memory: 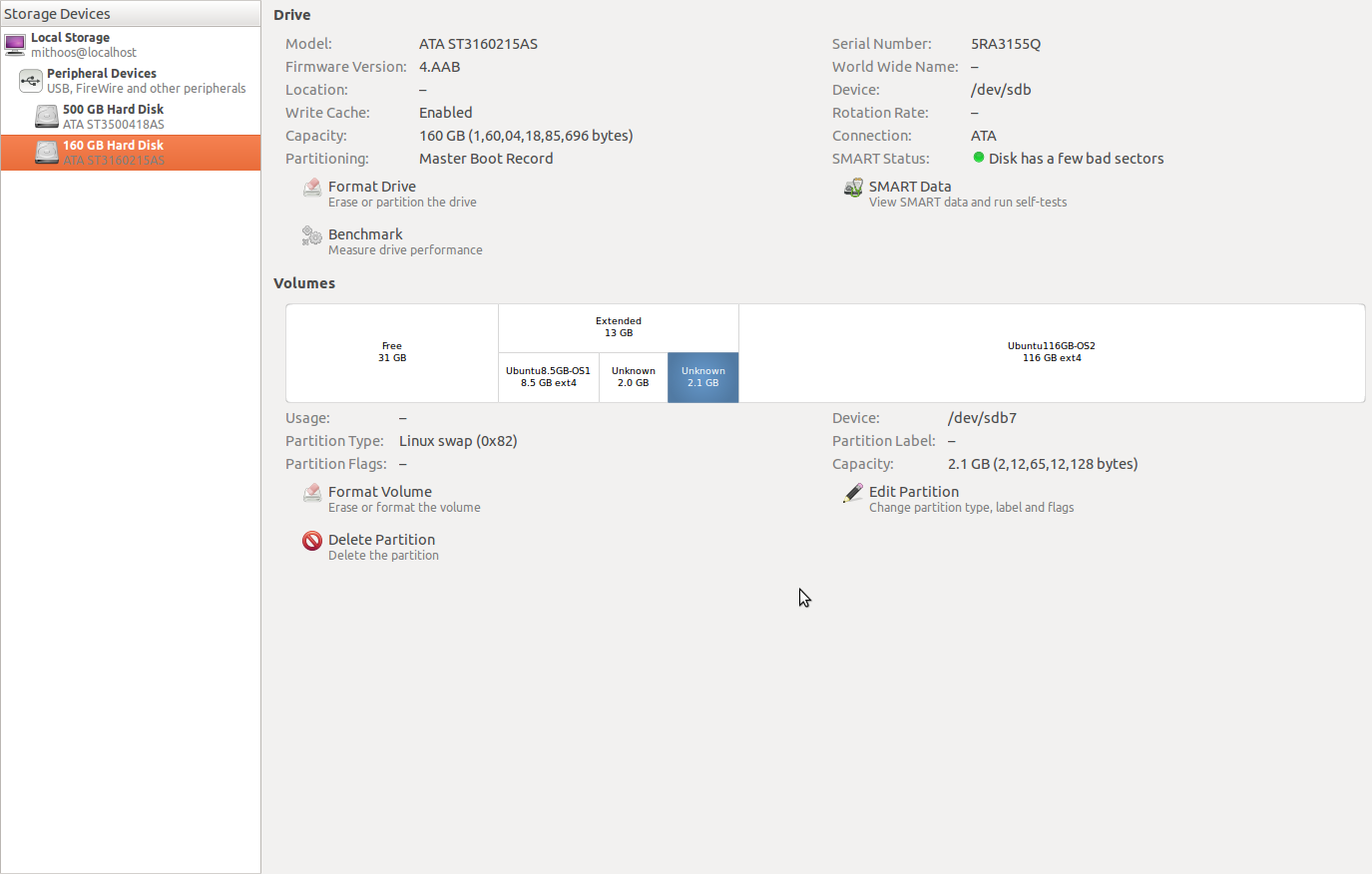 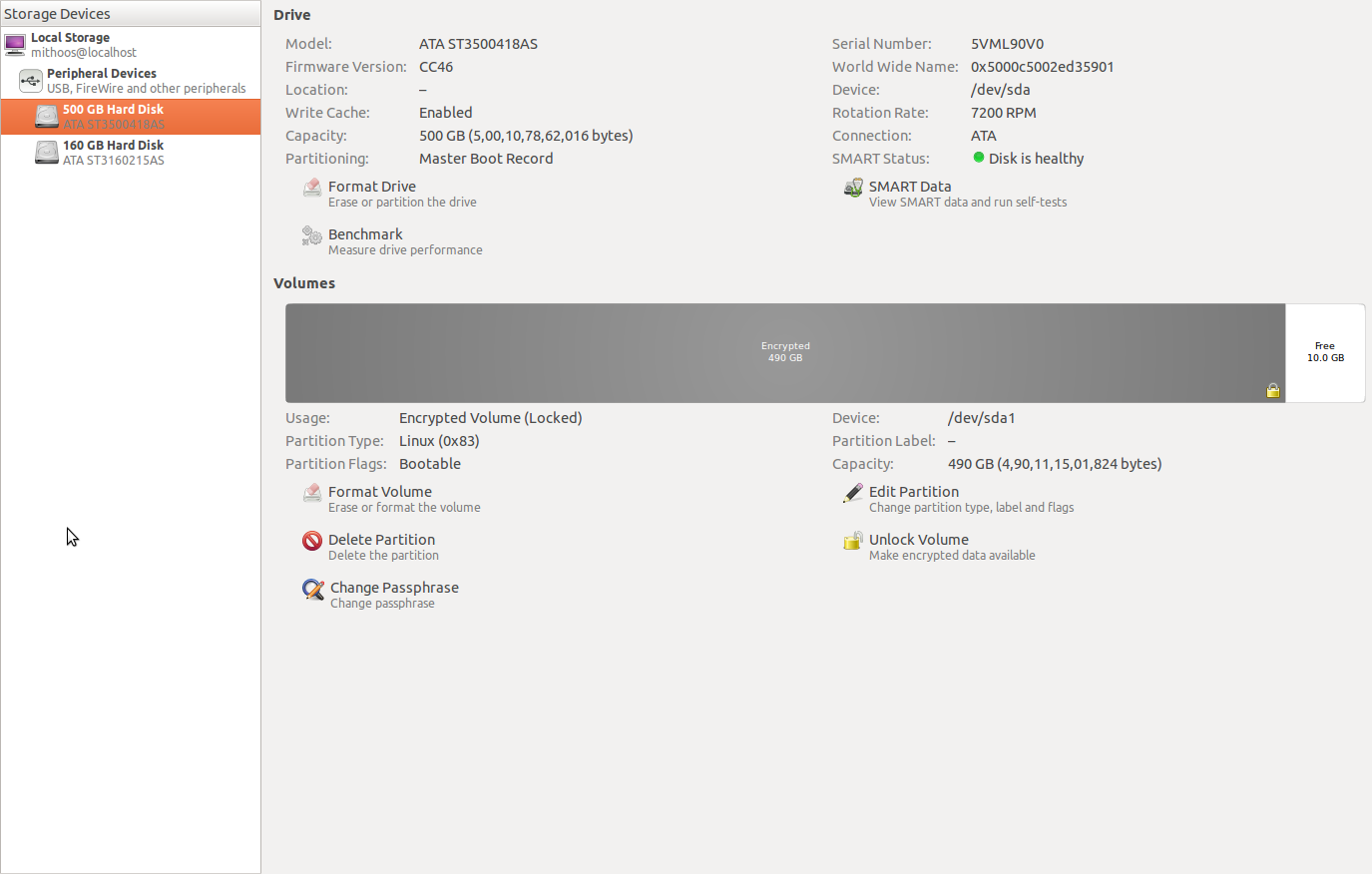 However, I can manually load swap by:

My system has two Ubuntu installations, I'm running every command now from OS2 which is on 116GB ext4 (Please see image), I would like to delete the OS1 on 8.5GB ext4 and make use of the two swap partition as a single one of 4GB

Not enough memory or swap space

With only 2 GiB of main memory and without swap space you're likely to run into problems. I suggest you create and mount a swap partition for that. You can easily set up an encrypted swap partition with dm-crypt, which will break resuming from suspend-to-disk because of the random one-time volume keys.

To delete "OS1" simply delete that partition with palimpsest, gparted, fdisk or whatever disk partitioning tool you prefer. Do the same for the existing swap partitions to create the larger new one. You can also swapon multiple partitions (works with fstab too).

This could also be broken hardware or a bad driver. Since the issue correlates with web browsing I suspect a RAM module gone bad or a faulty graphics adapter driver, but you should sort out the swap issue first since that seems more problematic.

Not the answer you're looking for? Browse other questions tagged partitioning mount hard-drive fstab swap or ask your own question.

1
Ubuntu confuses my partitions
13
How to rebuild fstab automatically
0
In Nautilus I have two identical entries in my devices list, why?
3
swapon: /dev/sdb1: swapon failed: Invalid argument
0
Unable to mount internal hard-drive
1
Storing data on second HDD, mounting
1
Kubuntu does not boot properly(very slow) after increasing the size of root partition