How do I run .NET programs?

As .NET is OS independent how can I run programs built/compiled on .NET 4.0 ?
Can I develop software in Ubuntu for .NET 4.0 [if yes, what i need to download, link] ?

Mono provides the core compatibility API for the .Net framework.

This also includes a VB .Net compiler & the runtime compiler. The other members of the family, j# and f# are not supported in terms of development. Obviously - their compiled variants are byte compatible with the rest of the .Net family.

An example of a .Net application which I use that runs without issue on Ubuntu is Keepass 2

You run the compiled .exe [it was created under windows] using mono i.e.

To develop under Ubuntu, I would have a look at the Mono Develop project - an IDE based environment - search for MonoDevelop in the Software Center.

Take a closer look at the suggested Add-Ons - choose the Add-Ons in the area that you will be developing in. 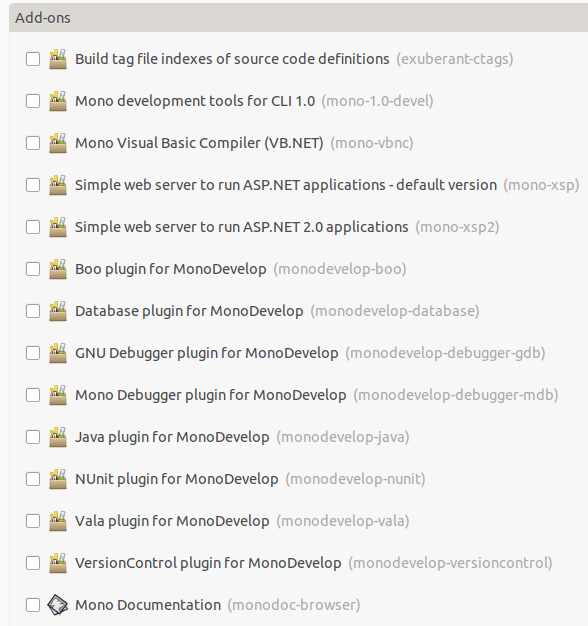 The Mono project offers a compiler and class library for C Sharp compatible with .NET 4.0. The compatibility improves with later versions. Ubuntu contains 2.6.7, I believe, which is the latest long-term stable release. Mono 2.10.2 is the most recent release and has various improvements.

Not the answer you're looking for? Browse other questions tagged 11.04 mono or ask your own question.

5
I have a windows app which requires .NET 3.5. Can wine handle .NET 3.5?
35
Run .NET 2.0 applications for Win
5
Could not obtain c# compiler error when using monodevelop
0
Can not run Gwget Download Manager
1
ASP.NET 4.0 on mod-mono?
3
package .NET desktop application for UBUNTU
3
Is there a way to run my Windows VB.NET program through Mono?
22
Running .Net 4.0 application with Wine
2
How do I install Mono for 17.10?