Is Gnome2.x going to be completely obsolete from all Linux distro?

I don't quite like Gnome3, or maybe it's just Unity (for the moment)? Was wondering if all Linux distro is going to eventually adapt and move to Gnome3 and have similar interface? I know there is classic login, but as for now, I don't quite like the global app menu and huge not yet so friendly to modify the dock, and was hoping to stick to Gnome2.x as long as possible. When will Gnome2.x be unsupported?

When you refer to Gnome 3 and Gnome 2.x, it seems to me that you're talking about the shell, but Gnome is far more than its shells. It includes Nautilus, Evolution, Gedit, Totem, Banshee, Rhythmbox and many other applications. Lots of stuff. Unity is only one of many shells for Gnome and Ubuntu will move to Gnome 3 in 11.10, which is scheduled to be released in October this year. Using Gnome 3 does not mean you have to use Gnome Shell or Unity and so many GNU/Linux distros will use other shells by default. There is also work being done to port Gnome Panel to Gnome 3.

Ubuntu Classic does not use the global menu by default, although you can install and use it if you wish. Gnome 2 will be supported by Ubuntu at least until April 2013, but the differences between Gnome 3 compared to Gnome 2 will not be as big as you seem to think, since Gnome Panel will still be available for it. 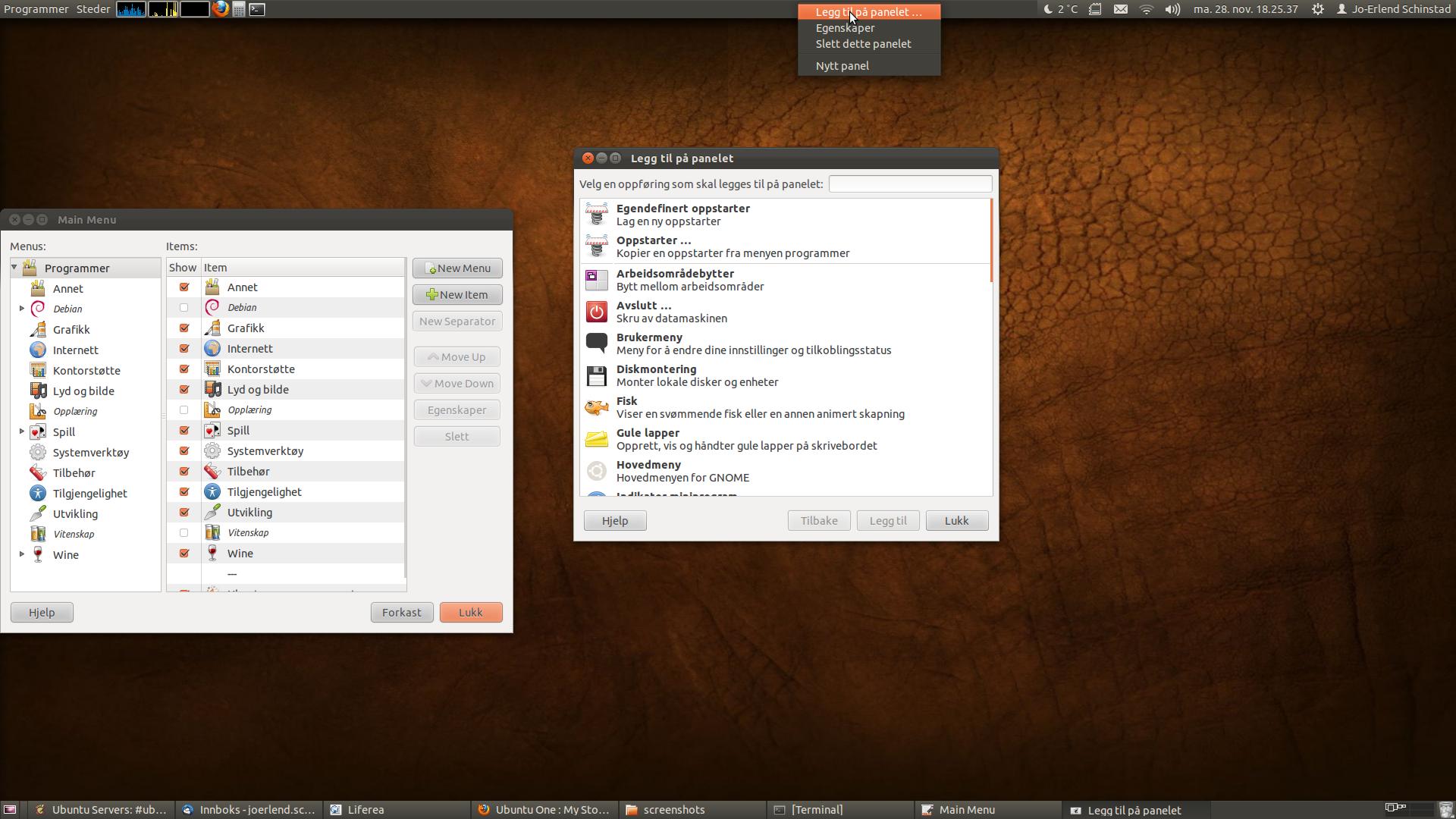 Not the answer you're looking for? Browse other questions tagged unity gnome gnome2 or ask your own question.

5
Is there anything better than gnome-session-fallback aka Classic Gnome?
12
Are Ubuntu and Gnome drifting apart because of Unity?
3
How to get new windows and notifications to appear in current workspace.
0
Ubuntu Gnome 3 and Windwos FAIL BOOT
1
What options are available for a gnome2 feel in 20.04?