I have installed the Vim-LaTeX plugin, which is great for editing LaTeX documents in Vim. However, I have one problem with viewing the output file.

The tutorial says to use the \lv command. However, when I try that, it tries to open foo.dvi with evince, which happens to fail spectacularly: 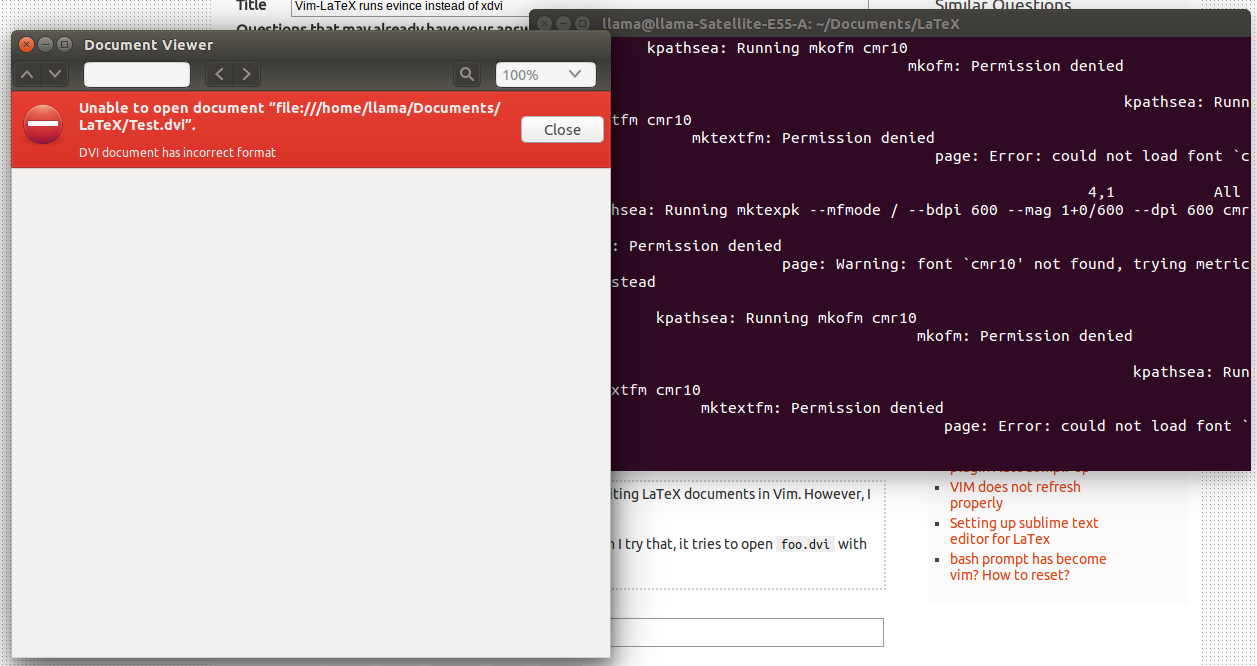 This is strange, though, since the docs say that xdvi should be the default DVI viewer in the first place. Anyway, I tried setting it as the default:

This had absolutely no effect. When I tried

it worked perfectly, but I would prefer the easier \lv shortcut instead.

If Vim-LaTeX is using the standard MIME database for opening the .dvi file, the problem could be that the default association is wrong. I have a couple of system where .dvi files where associated with evince that is not able to open them.

You can check which application is the default one for opening a file with, for example, Ubuntu Tweak, in Admin->File Type Manager: 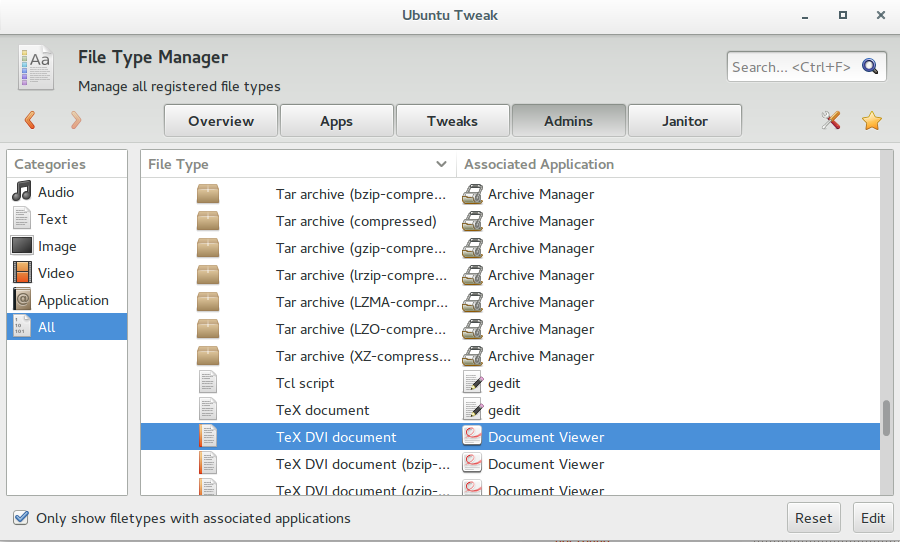 And adding xdvi if it is missing: 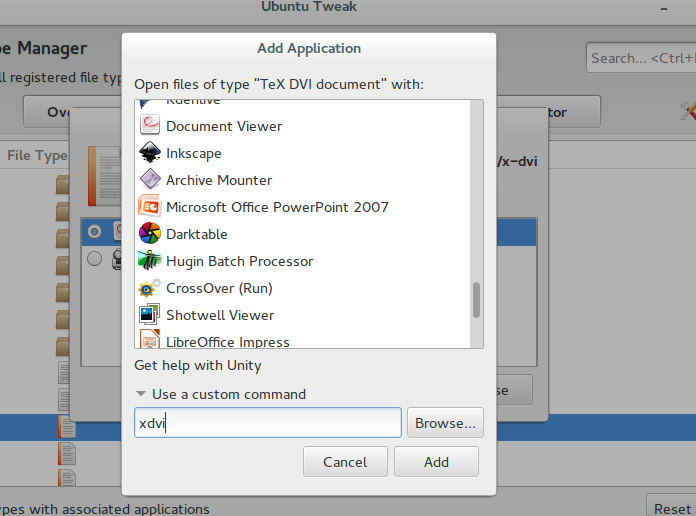 Or using the command-line mimeopen:

which will change the default too.

Not the answer you're looking for? Browse other questions tagged vim latex or ask your own question.

8
setting up vim with latex suite
1
Compile a LaTeX file from Vim and not from terminal
2
Vim-LatexSuite: /bin/bash: latex command not found
6
latex and evince
9
How can I change the Ctrl+Shift+U shortcut (and others) to work as expected in Texmaker instead of being caught by Ubuntu 18.04?
4
Integration of Emacs/LuaLaTeX with Evince/Zathura not working in Ubuntu 18.04. How can I fix it?