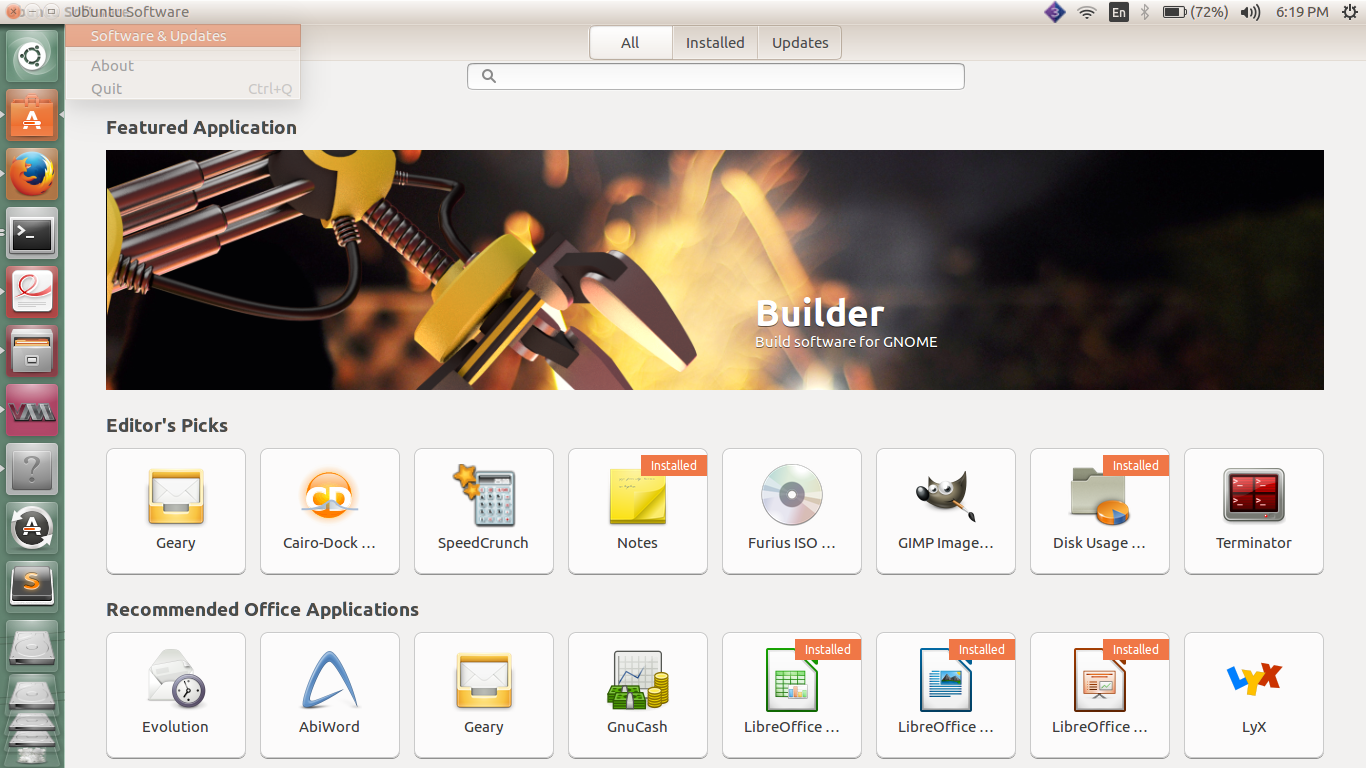 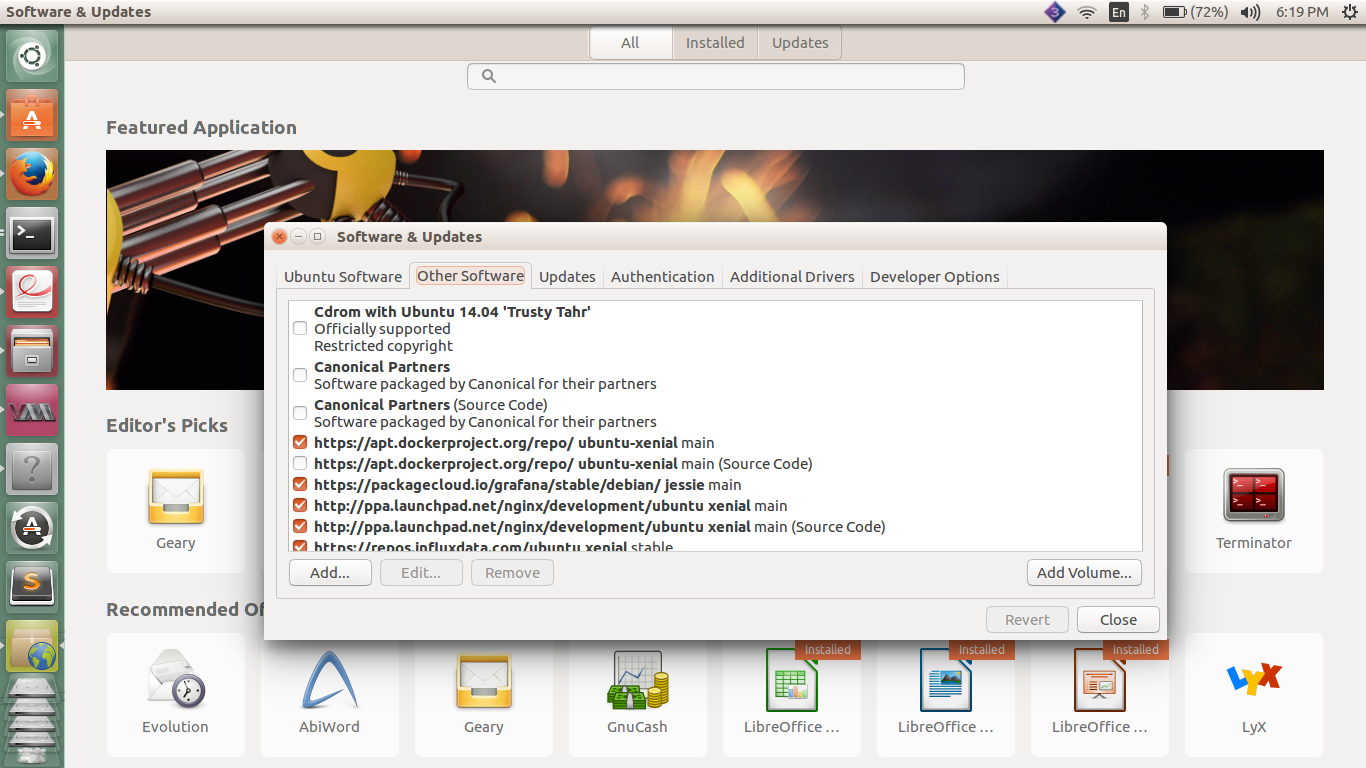 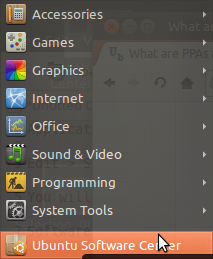 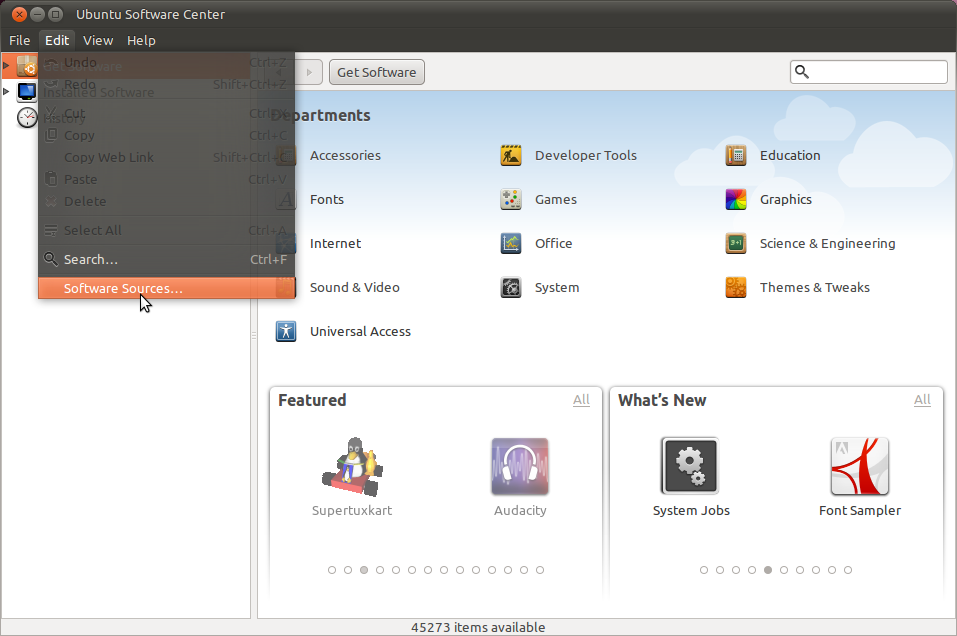 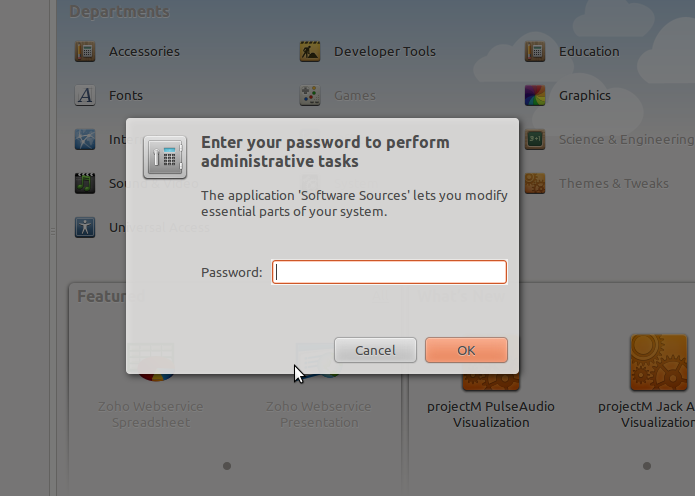 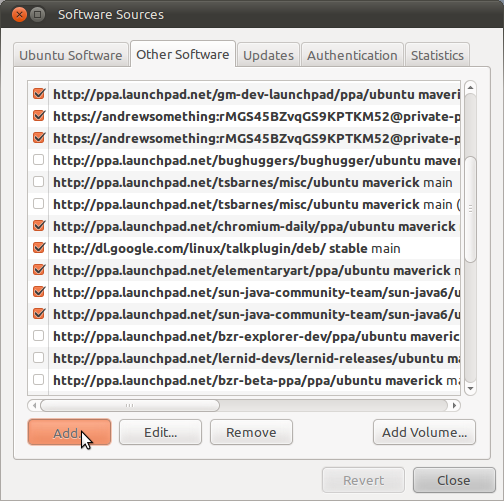 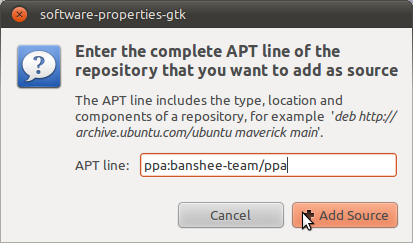 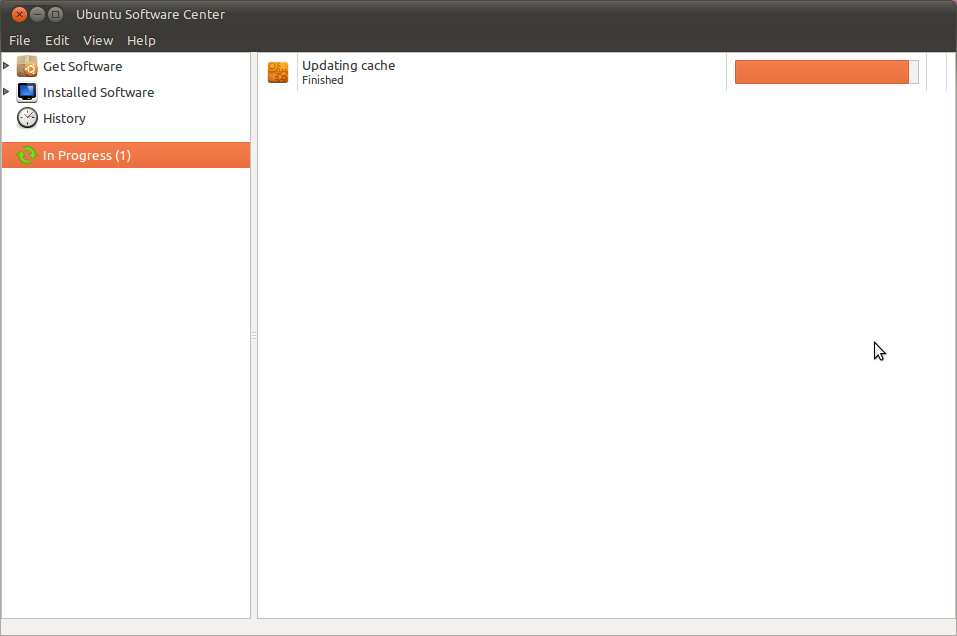 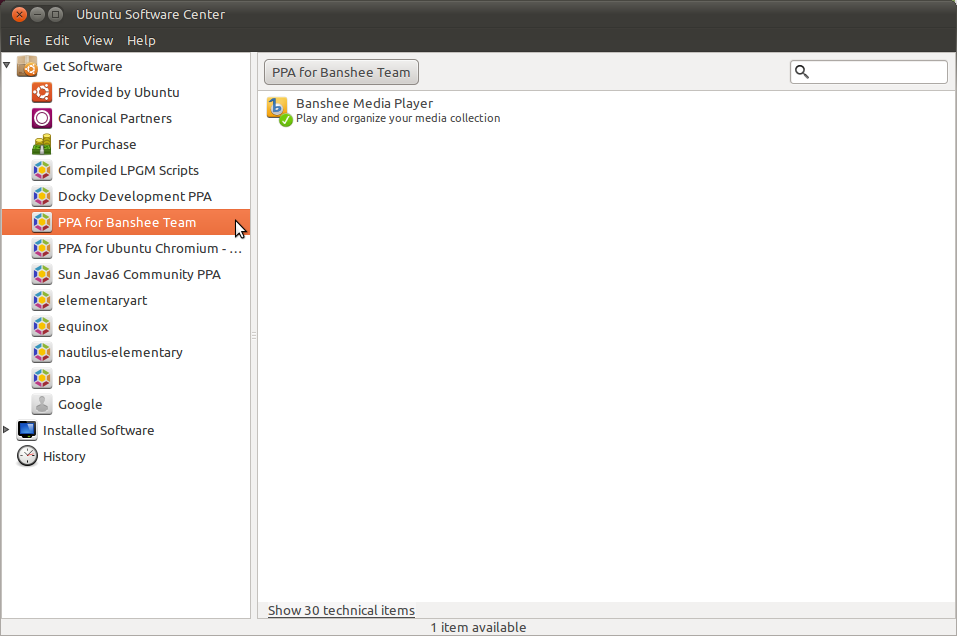 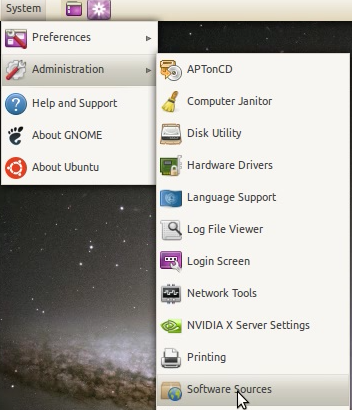 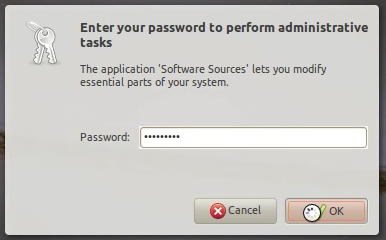 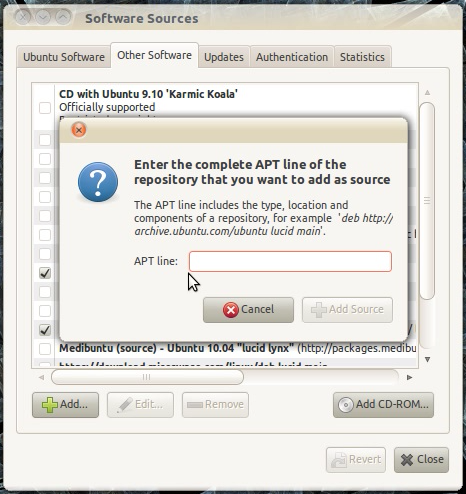 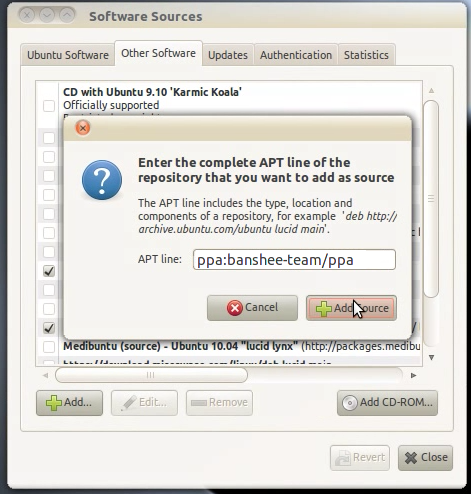 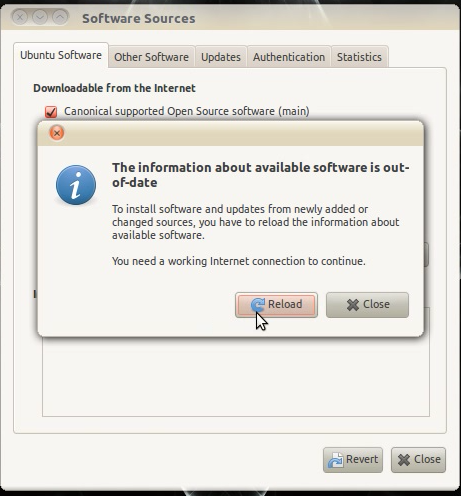 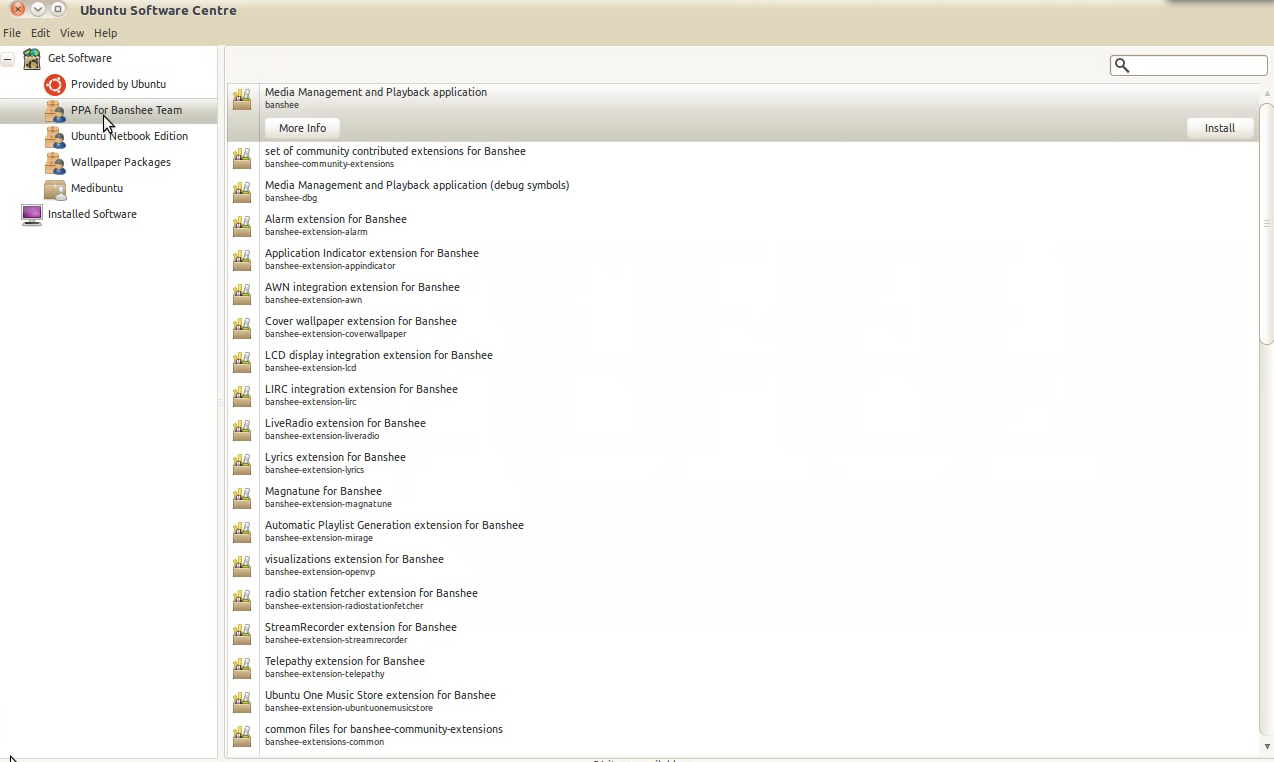 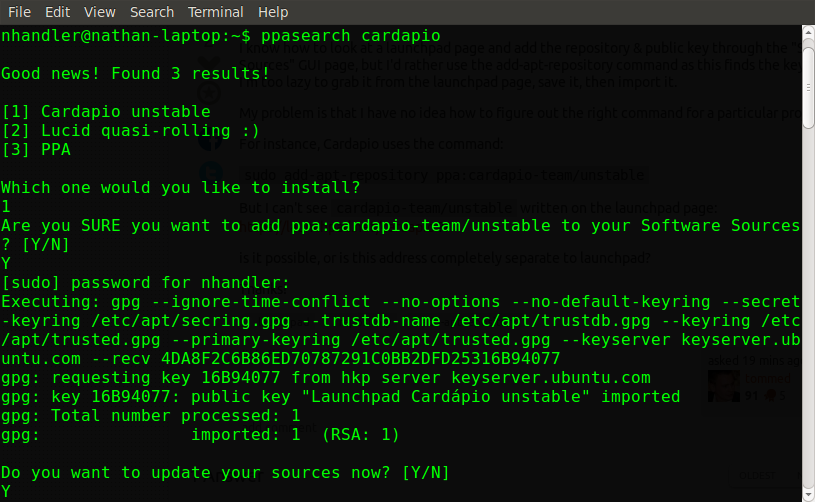 70
How to add ppa repositories?
8
What is "deb deb-src stable/xenial main" in /etc/apt/sources.list
7
I add a PPA but the software does not show up in Ubuntu 11.10 updates nor Software Centre
1
Auto compile service on for Ubuntu packages?
1
Adding the PPA does not update Geary
2
How do I name a repository
2
very basic question about ppa
1
The difference between simply installing software & adding to repository
2
add-apt-repository broken in Ubuntu 22.04 for php
1
How do I add to "system software sources"?
See more linked questions

6
Why are there PPAs for each Ubuntu version?
328
Are PPAs safe to add to my system and what are some "red flags" to watch out for?
4
VLC media player stable PPA for 10.10?
3
When to use separate PPAs?
0
What Libre Office PPAs are available?
1
How do I see what PPA or PPAs are installed or in use
5
What are the 'Other Software' PPAs?