When I start my laptop, it takes as much as 7 tries to get past the place where the swap gets mounted; if anyone is looking over my shoulder then it becomes 15 tries! My laptop is a lenovo W520 with an NVIDIA (Quddro 1000m) card using the open source driver (X.Org X server) and Ubuntu 14.04. It is a triple boot, but I don't think this has any effect on this problem. I had this problem from the moment I installed 14.04,I was hoping some update would fix it, but it has been months and none of the updates have fixed it.

I found only one thread that is related to my problem, and have tried every offered solution in the entire wiki. None of them worked for me. The thread: My computer boots to a black screen, what options do I have to fix it?

1) I followed the wiki mentioned above and tried 'no splash' and 'nomodeset' in the grub menu. I also played around by making the 'ro' in that same line 'rw' - hoping that additional permissions will help. As well, I plugged and unplugged my second monitor, the power supply and USB devices to see if any one item has a repeatable effect on my problem. It did not. I was hoping to find the culprit causing the problem, but all I found is that everything I tried had no direct impact on the problem. I kept a chart: 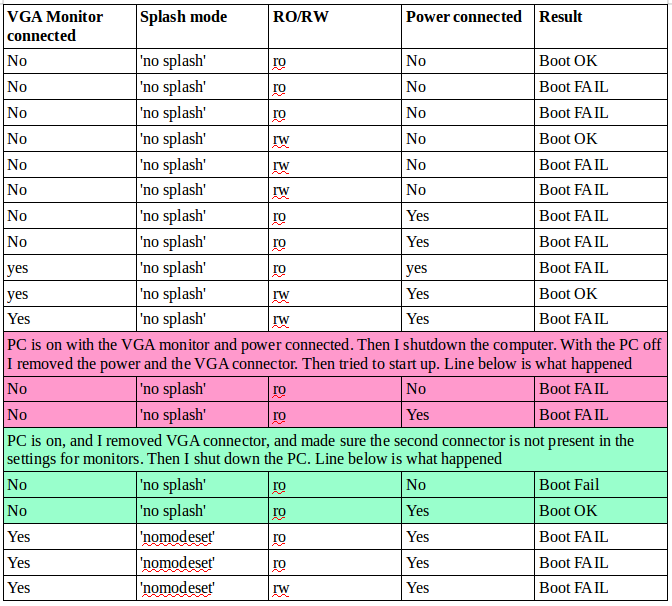 2) Two things we can rule out are (a) the screen is too dark - not the case (b)USB device causing this problem - not possible as problem persists with and without USB devices connected.

3) I made sure that in BIOS my 'Optimus' is disabled. As well I am using the open source driver, so I hope this is not an 'NVIDIA' problem, but a grub problem. 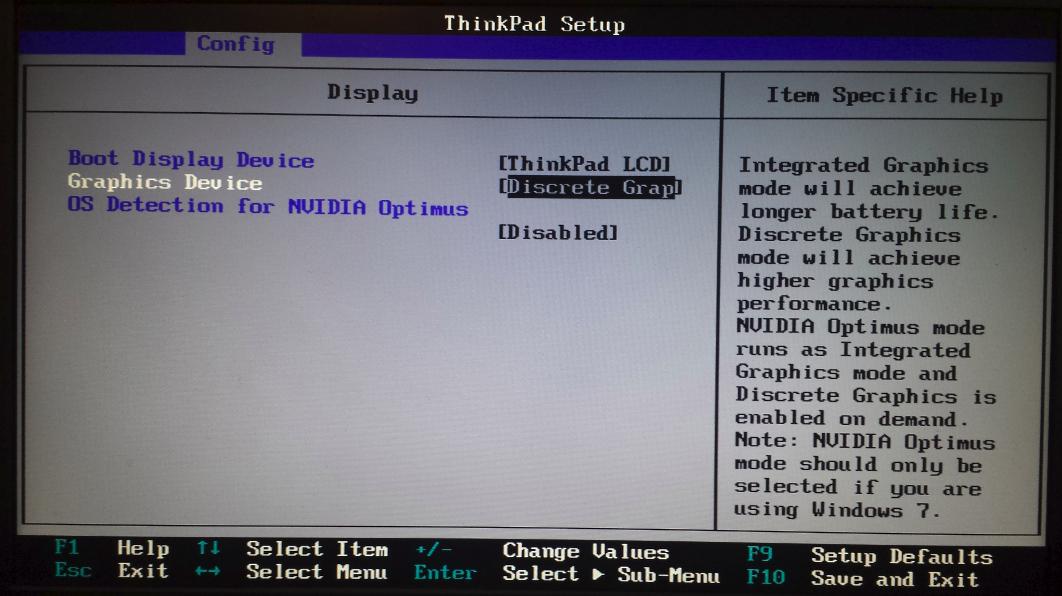 4) I reinstalled the GRUB and that didn't help.

5) I played with /etc/defaults/grub but none of the suggestions I found on this website had any positive effect on my problem. The contents of my file is below:

I am fresh out of ideas. If I may provide any information, or logs or perform some changes on my side please let me know.

Here is my setup in gparted: 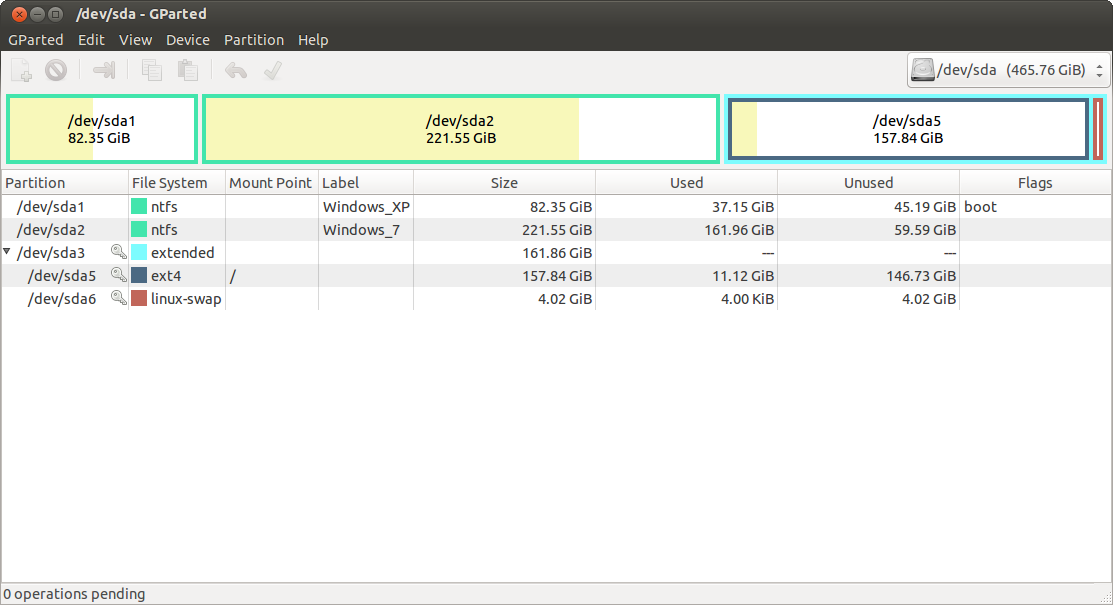 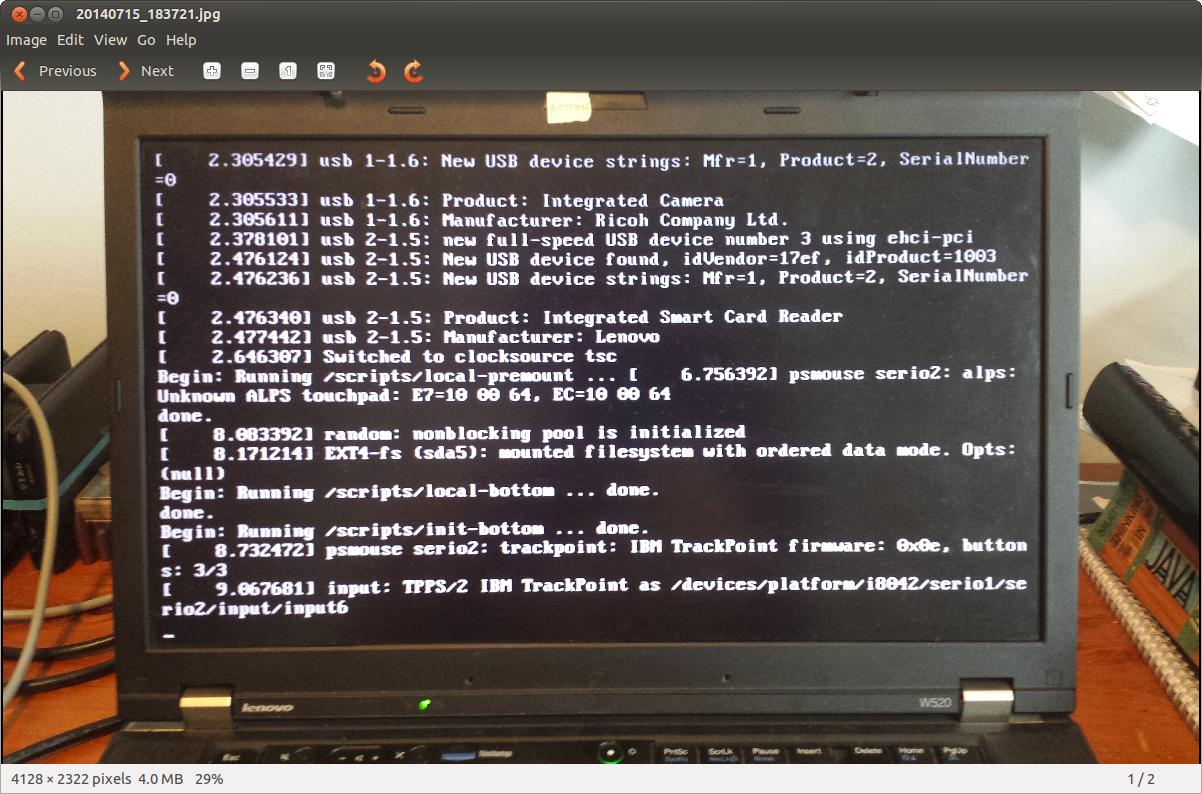 I made a mistake in the procedure I carried out in 'Edit#2'. After deleting the partition I never removed a line of code from /etc/fstub. so I repeated the process where I deleted the swap section, then I commented out the swap line in the /etc/fstub file. This did not fix my problem, but it did create different symptoms. This post is very long already so instead of including a chart I will simply provide the conclusions of rebooting my PC a total of 45 times without a swap partition.

Any ideas? I will carry out any suggestions.

Hi guys thanks for your help! Here is what I did:

I am off to work, when I get back I will post the results of all the other suggestions (memtest, etc..). Thanks for all your help. Keep telling me what to do and I will do it and make a write up on the results here.

It seems that a solution has been found. 'oldfred' is the first to suggest a working solution. Thanks! I did a bunch of testing and ultimatly this is what you need to do if you have this happen to you:

1) Using gparted I added back my swap partition. the swap partition is not related to this problem. As several people noted, the swap message was just the last line displayed on the screen when the O/S froze.

2) To test if this solution works for you, when the purple grub screen appears press e to edit the entry. then add the following to the end of the line starting with linux: 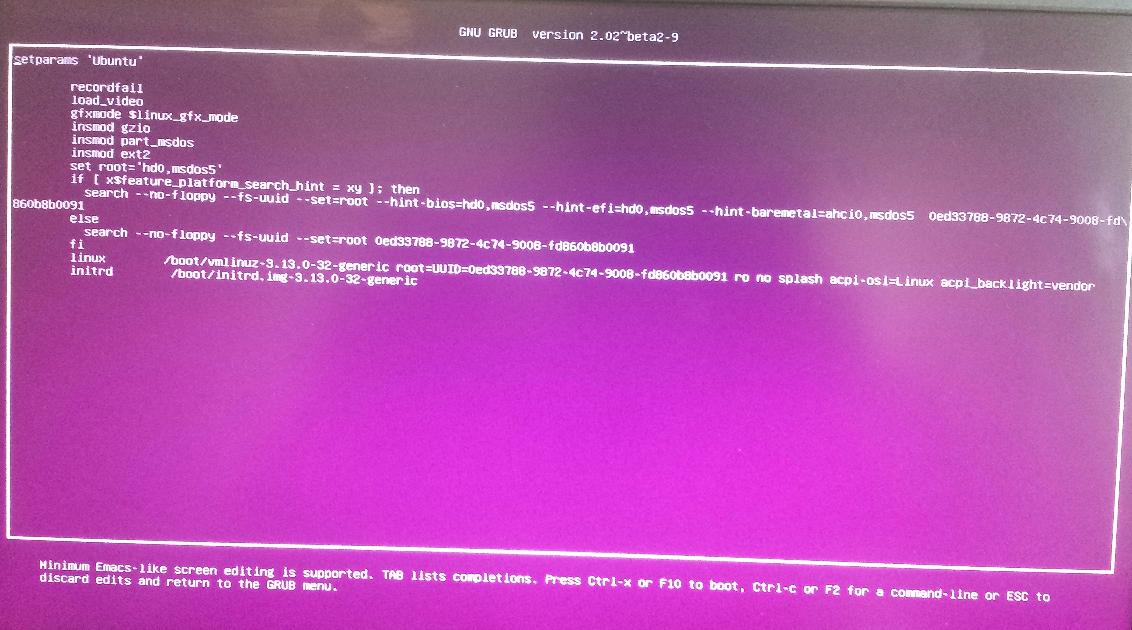 4) change the string of

5) lastly get GRUB to load you new settings by typing

Bingo, all works properly!! Thanks to everyone for your help. I appreciate it.

I believe it still is a video issue.

And boot parameter for grub is nomodeset with nVidia, but different parameters if booting with Intel. Can you set which video chip you boot with?

You test alternative boot parameters at grub menu using e and scroll to linux line. Replace quiet splash or add after those boot parmeter those settings you want to test. Once you get a combination that works edit /etc/default/grub

So on this line add boot parameters that work.

Not the answer you're looking for? Browse other questions tagged boot dual-boot grub2 nvidia swap or ask your own question.