Description of the (original) issue

Diagonal switching to other three workspaces (with simultaneous keypressing) does work.

For me to switch to the top-left workspace I have to literally use one arrow to move in one direction, then let it go, and then press the other arrow (all the while still holding CTRL+ALT).

For example, starting from the bottom-right workspace:

Update 1: I have just tried diagonal switching on the LiveCD - and it still doesn't work. I tried the same LiveCD on my laptop - and it does. This strongly suggests that it's not really a software issue - but I'm still not sure, and definitely need help figuring this out, because it's very annoying.

Update 2: After installing screenkey, I have noticed that the key combination of CTRL+ALT+Up+Left is not even registered. Here is what it looks like when I switch to the bottom-right workspace from the top-left one diagonally: 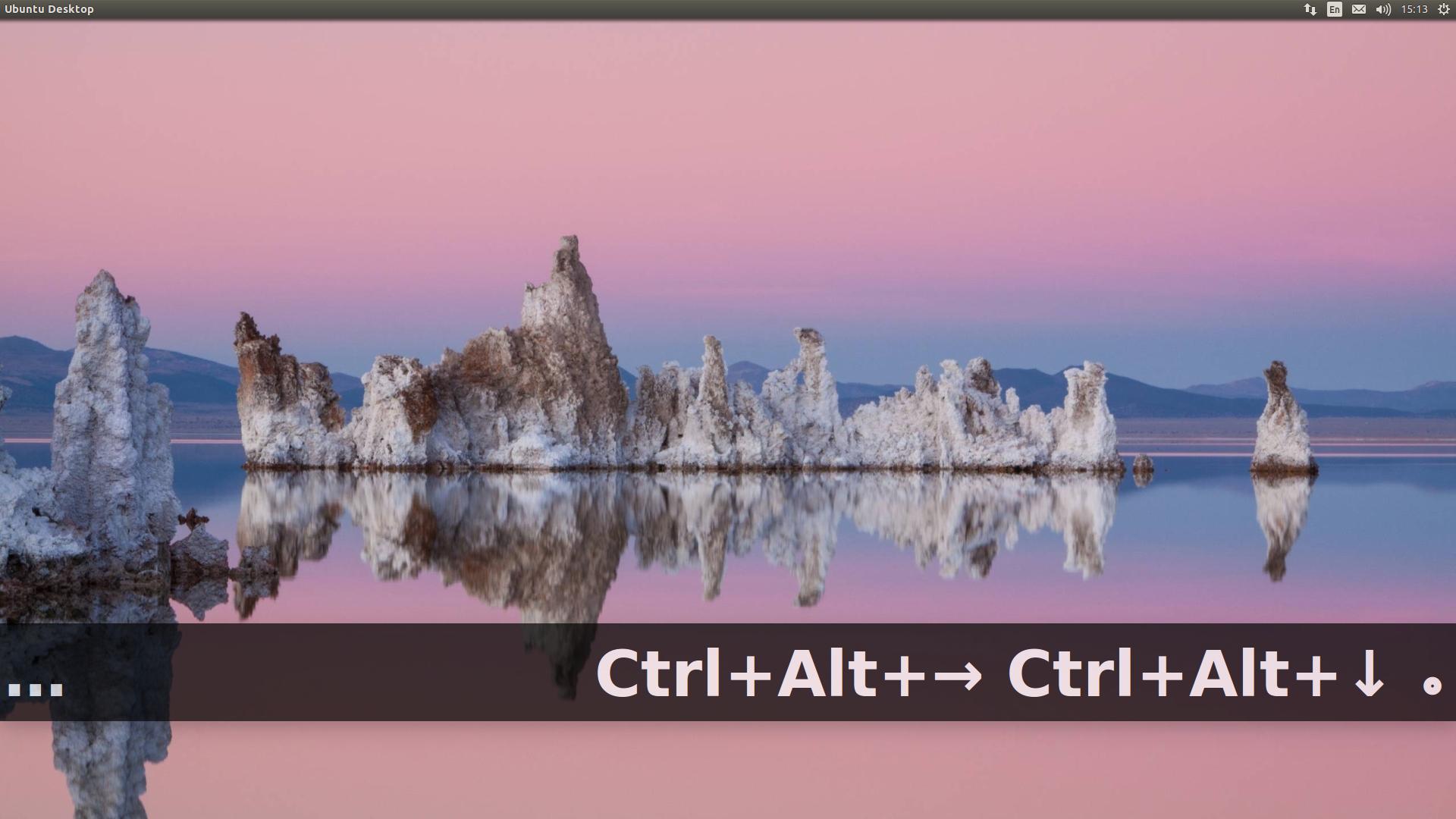 And when switching to the top-left one from the bottom-right one diagonally - nothing happens, and screenkey doesn't show any keys being pressed. I'm still investigating to find out whether this is a hardware issue - but all the individual keys (CTRL, ALT, Up arrow, Left arrow) are registered correctly.

Update 3: it works when I use a wireless Logitech keyboard.

Update 4: I ran showkey in one of the consoles, and this is what it looks like when I'm pressing the key combinations using the USB keyboard:

Well it seems like I have forgotten an old problem: keyboard rollover. Certain USB keyboards seem to have a limitation on certain key combinaions - and it would appear that my keyboard has one on a quite inconvenient spot. I think I'll start using the wireless keyboard that does not seem to have this specific problem.

You can read more about this on this SuperUser question.

Not the answer you're looking for? Browse other questions tagged unity keyboard shortcut-keys compiz workspaces or ask your own question.