With Xmarks closing down, what is a good alternative?

and whatever browser plug-in I need to access easily.

I personally prefer to use Google Chrome, which supports this natively. As a bonus, your bookmarks are also available within a special folder in Google Docs. 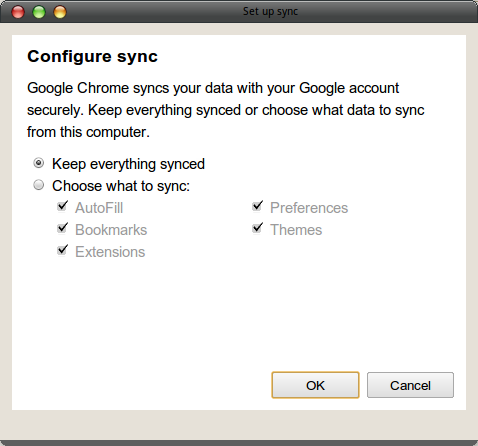 This does not synchronize your history or saved passwords.

Since Firefox is still the default browser in Ubuntu, I think it's worth mentioning that Mozilla also developed a syncing add-on called Sync. Firefox 4 will have Sync built-in.

Ubuntu One can also sync Firefox bookmarks, but you have to install an add-on called Bindwood first (there's an "Install" button in the Ubuntu One client for that). Unfortunately, service uptime is not so good at the moment.

Xmarks isn't closing down. Check this blog post - http://blog.xmarks.com/?p=1988. So, do you really need any alternative? =)

Ok so I know this is an old post but I've moved to pinboard.in for bookmarking. I'm also using pocket for read-it-later services and temporary bookmarking.

If anoyone stumbles upon this little thread, try either of those.

Not the answer you're looking for? Browse other questions tagged firefox extension chromium or ask your own question.

2
What do instructions on UbuntuOne wiki for getting Bindwood (Firefox bookmark sync) to work do exactly?
1
Synchronize bookmarks between firefox and opera among many computers
5
How can I cache specific web pages for offline viewing?
1
How to sync Firefox across multiple operating systems/computers. Without Firefox Sync if possible
0
How to use firefox sync?
2
How can I set Firefox settings with a bash scipt?
0
Something I don't understand about Epiphany
2
Chrome and Chromium blurry images/pop-ups
2
Possible to sync bookmarks between ubuntu touch browser and Firefox?