Suddenly I have got a warning symbol (at /dev/sda2 partition) in my gparted display. 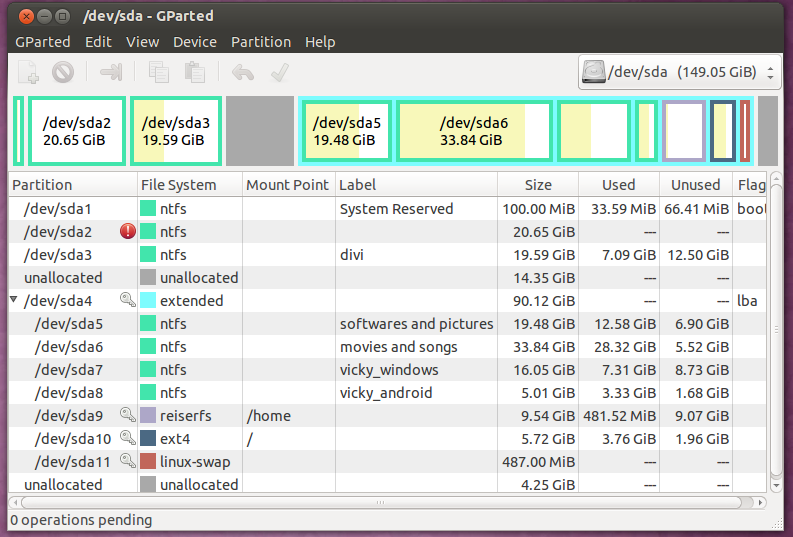 What does it mean? What's wrong with my HDD? Help me correct it.

Generally that symbol just means there was a problem accessing the data within the partition, either because of an unsupported filesystem or some other issue. Try right clicking on the partition and then clicking on "Information"

An exclamation mark beside a partition means that GParted encountered a problem when reading the partition. With NTFS the most common problem is that Windows was not shut down properly and that the NTFS file system is in an inconsistent state. An inconsistent NTFS file system can be fixed often by just booting into Windows (Windows should automatically run "chkdsk" on the partition) and then using the menu option Start -> Shutdown. If that doesn't work, you can also run "chkdsk /f /r" on the drive letter for the partition from a Windows command prompt and then reboot into Windows twice.

What you are seeing is just an indication that this partition does not yet contain a filesystem. Right clicking on the line that shows the exclamation point in a red circle will bring up a context menu that allows selection of a filesystem to format the partition with.