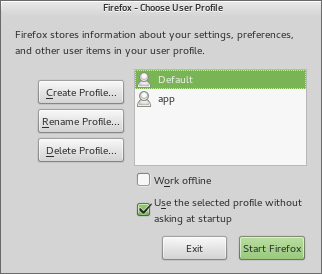 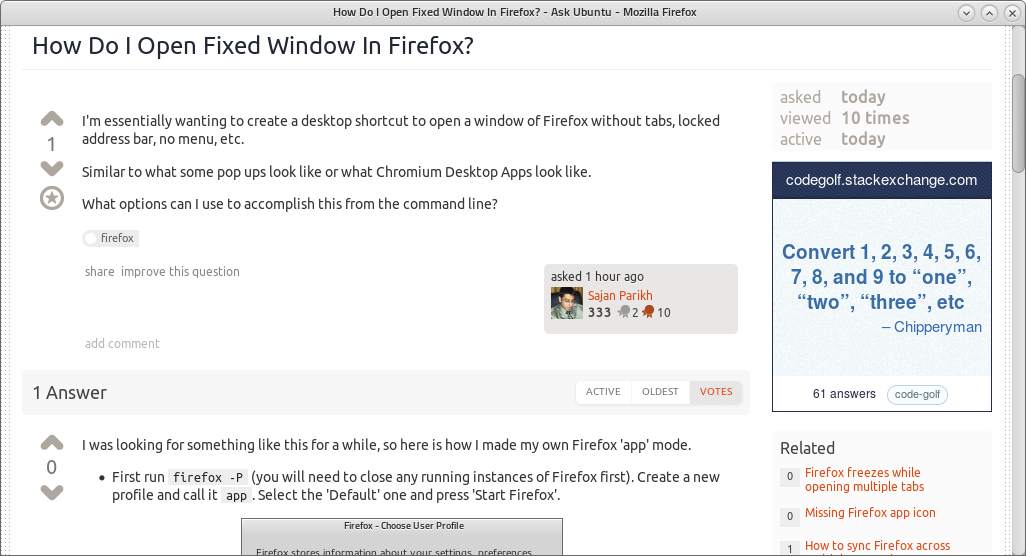 0
Missing Firefox app icon
1
How to login to my Ubuntu desktop like in Windows?
0
Firefox address grey / blacked out - Google Chromium black square over links
2
Command to open url in firefox 57 in window without tab and searchbar
27
Firefox freezing with 100% CPU usage for 30 seconds when launching Chromium
1
Shortcut to open a browser with a switch, such as -ssb or -kiosk
1
How to force resize a window to a very small size?
4
Why is my Firefox so unstable on Ubuntu LTS 22.04?