How to install Stack Applet?

I am trying to install Stack Applet. I followed the instructions in this question. To be specific I used the following

When I start Stack Applet via the Dash, nothing happens. (i.e. no window opens.) I tried restarting my computer and starting Stack Applet but that also did not work. How do I install Stack Applet?

EDIT: I tried using Ubuntu Software center with no luck. My interface looks like so 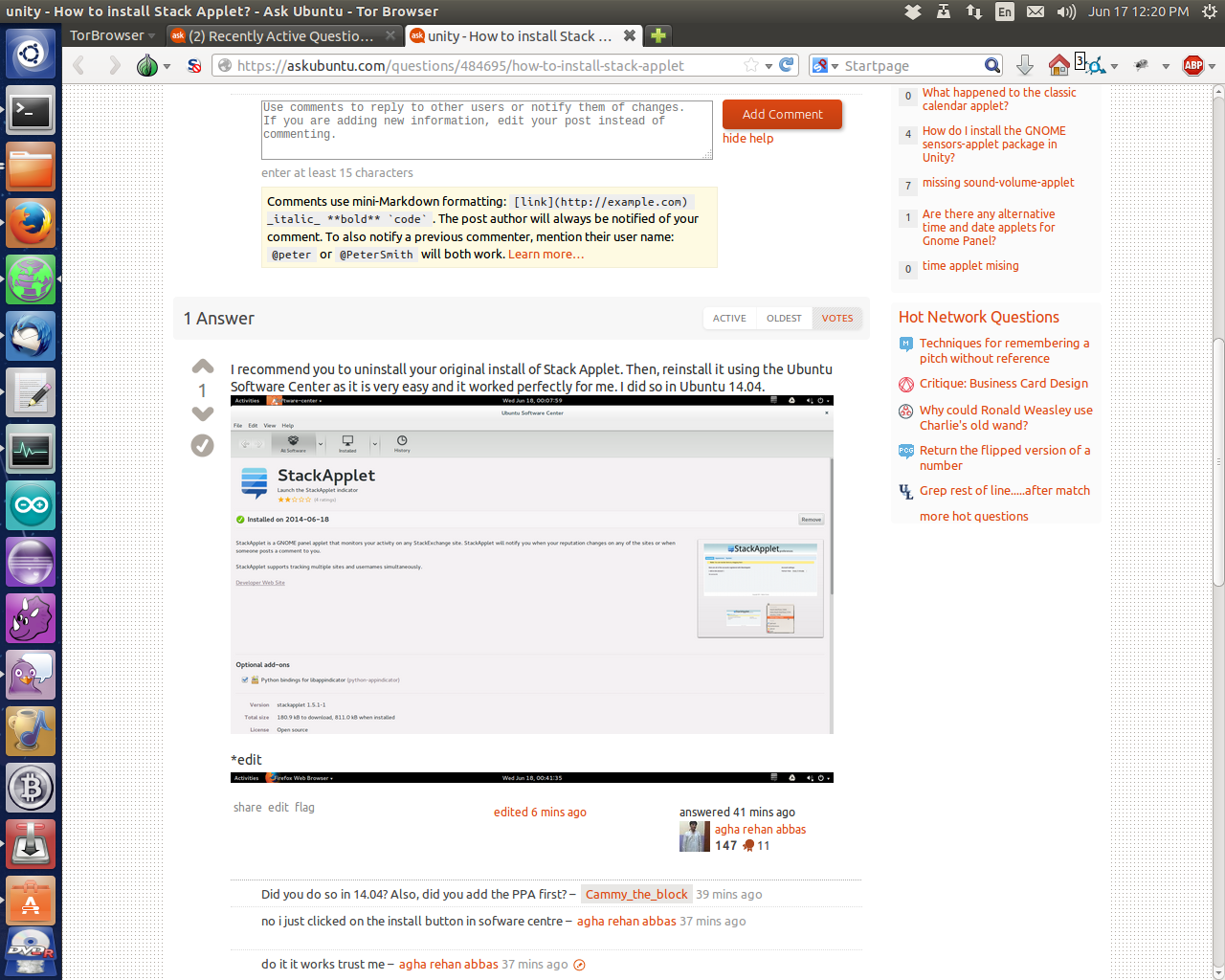 I'm the author of StackApplet, so hopefully I can help shed some light on what's going on here.

First of all, the version in the Software Center is currently broken. This is because Stack Exchange recently shut down version 1.x of their public API (which StackApplet used). Right before this happened, I updated the source code and release StackApplet 1.5.2, which I have tested and can confirm works on Ubuntu 14.04.

Secondly, the new version is available in a PPA, but not the one you included in your question. You need to add the following PPA to your system:

After installation, you can confirm that you have the correct version installed by using:

After this is complete, you should be able to run the application directly from the dash.

Edit: you may also be missing the python-appindicator package. You can make sure it is installed by running the following command in a terminal:

I recommend you to uninstall your original install of Stack Applet. Then, reinstall it using the Ubuntu Software Center as it is very easy and it worked perfectly for me. I did so in Ubuntu 14.04. 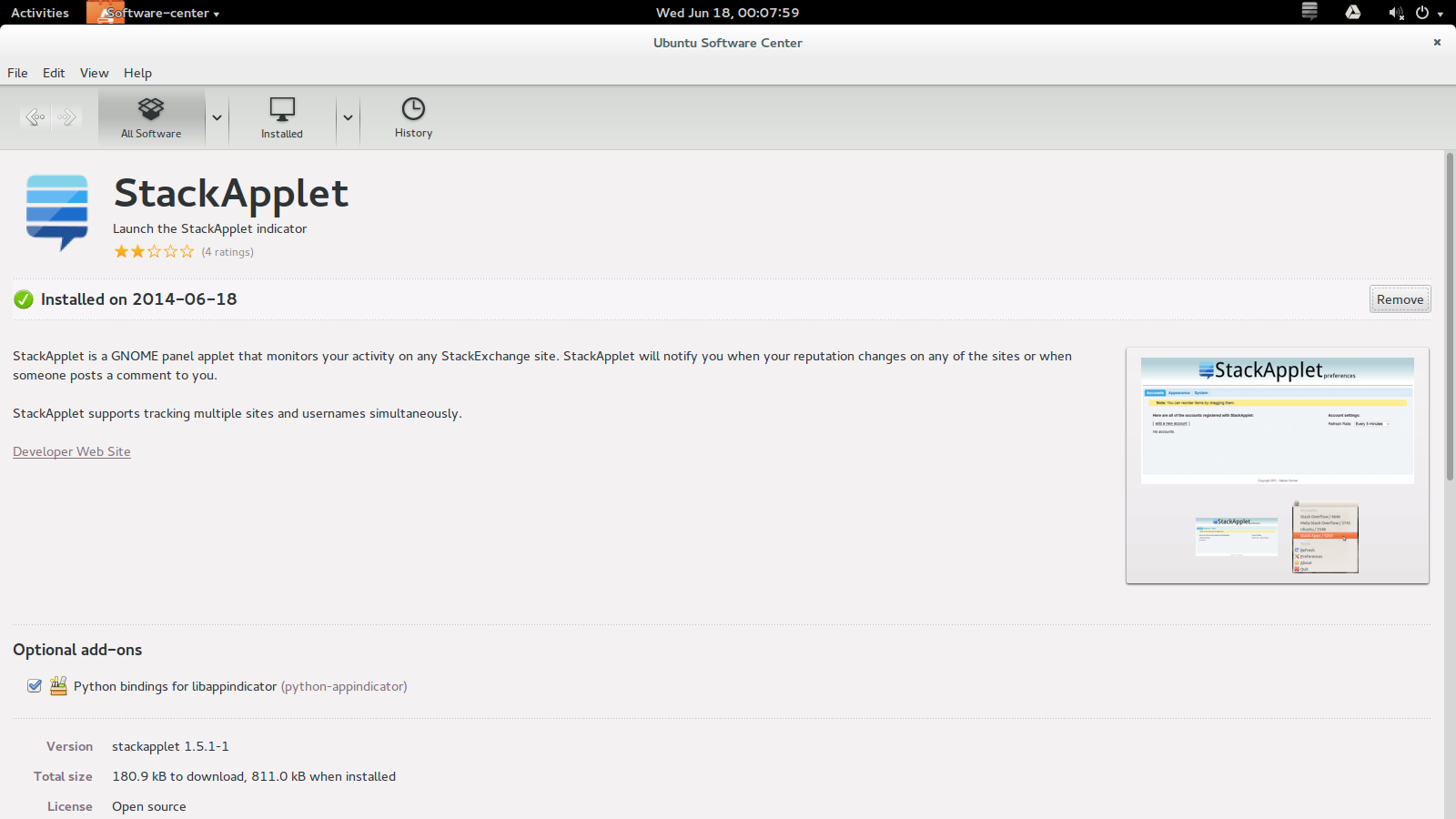 I installed the latest version via ppa:stackapplet-dev/stackapplet as advised, just to find out the problem still resides in the code as I am writing this. A quick check shows the core of the problem you (and I) are experiencing: stackapplet is failing to authorize via the following URL:

Until @nathan-osman (the author) fixes this, or someone else steps in to do the job, there is little hope in being able to use StackApplet.

For informational purposes, here’s a screenshot showing the 404… Not the answer you're looking for? Browse other questions tagged unity software-installation indicator applet stackapplet or ask your own question.

727
What Application Indicators are available?
7
How to add an account to StackApplet?
2
How to install Stack Applet on 15.04

2
Stack applet was not starting automatically
2
upgrade pgadmin3 1.16 to 1.18
1
Can not install a program that requires libglib
1
how to install python third modules into virtualenv?
3
Trouble installing php-cli
4
ImportError : No module named setuptools
1
Installing Java from console
0
Can't use apt-get due to unmet dependencies
0
Need help installing zulu-8