How much data do I need to download to upgrade to a new version of Ubuntu?

I have a limited download plus upload at full band width then it drops to 68 Kb/s.

What is the total size downloaded when I upgrade to a new Ubuntu version? Will I be able to do it with 8 Gig left for this month or should I wait till next month when I am given more than 30 Gig?

The size depends on what you have installed.

I didn't do much testing but

should tell you the sum of the installed sizes of all packages. As that's the uncompressed size you can expect the download size to be less than this.

you can open the update manager 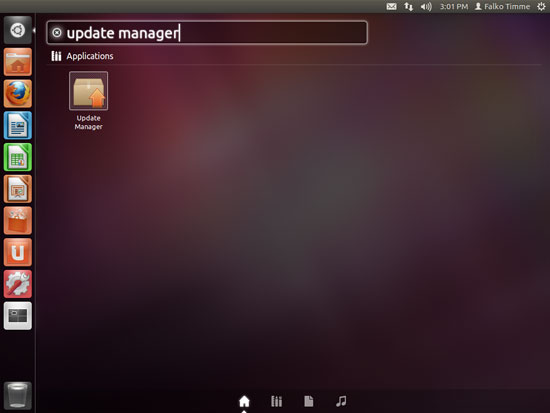 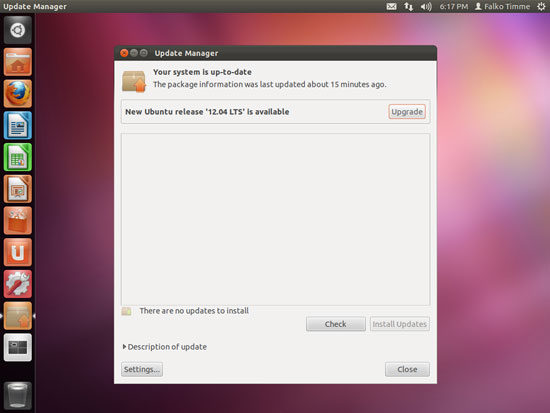 then a few clicks later you will getsomething like this 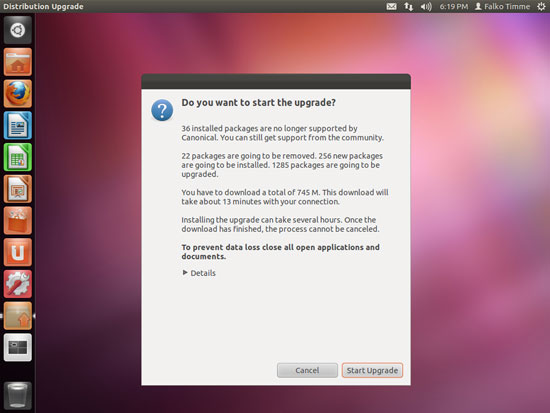 8GB should most certainly be enough. And I think it also shows you how much it's going to download before it starts.

I believe it depends on which packages you already have installed on your current version. When you do a distribution upgrade, Ubuntu will download the packages of any software that has since been updated to a newer version in the Ubuntu repositories. For example, 10.10 came with Firefox 3.6 and Open Office by default, and if you didn't manually the latest versions straight from the PPA's, then an upgrade to 11.04 will download the new packages for Firefox 4 and Libre Office (which comes as the default office suite in Natty). This goes for any other updated software that has made it into Ubuntu's repositories.

That said, if you more or less left Ubuntu with its defaults or substituted some alternatives, then your upgrade shouldn't be that large, and I wouldn't expect it to take too much of your monthly quota. However, if you installed many apps that are quite active (i.e., new stables get released frequently), then expect it to take a while.

This will show you the size it will download and also will tell you what would be size required after downloading. If it is not in you bandwidth limit and you do not wish to upgrade, simply press 'no' and it will cancel the upgrade. you can also press ctrl+c to cancel.

I agree to what Eliah commented below. Thanks for correcting.