Both in Unity and Gnome Chrome displays grey rectangles, on scroll it sometimes leaves some rectangular areas non-updated or doesn't remove old rectangles, but writes new text as if it was a new layer above the old texts. Firefox and Chromium didn't show this bug. 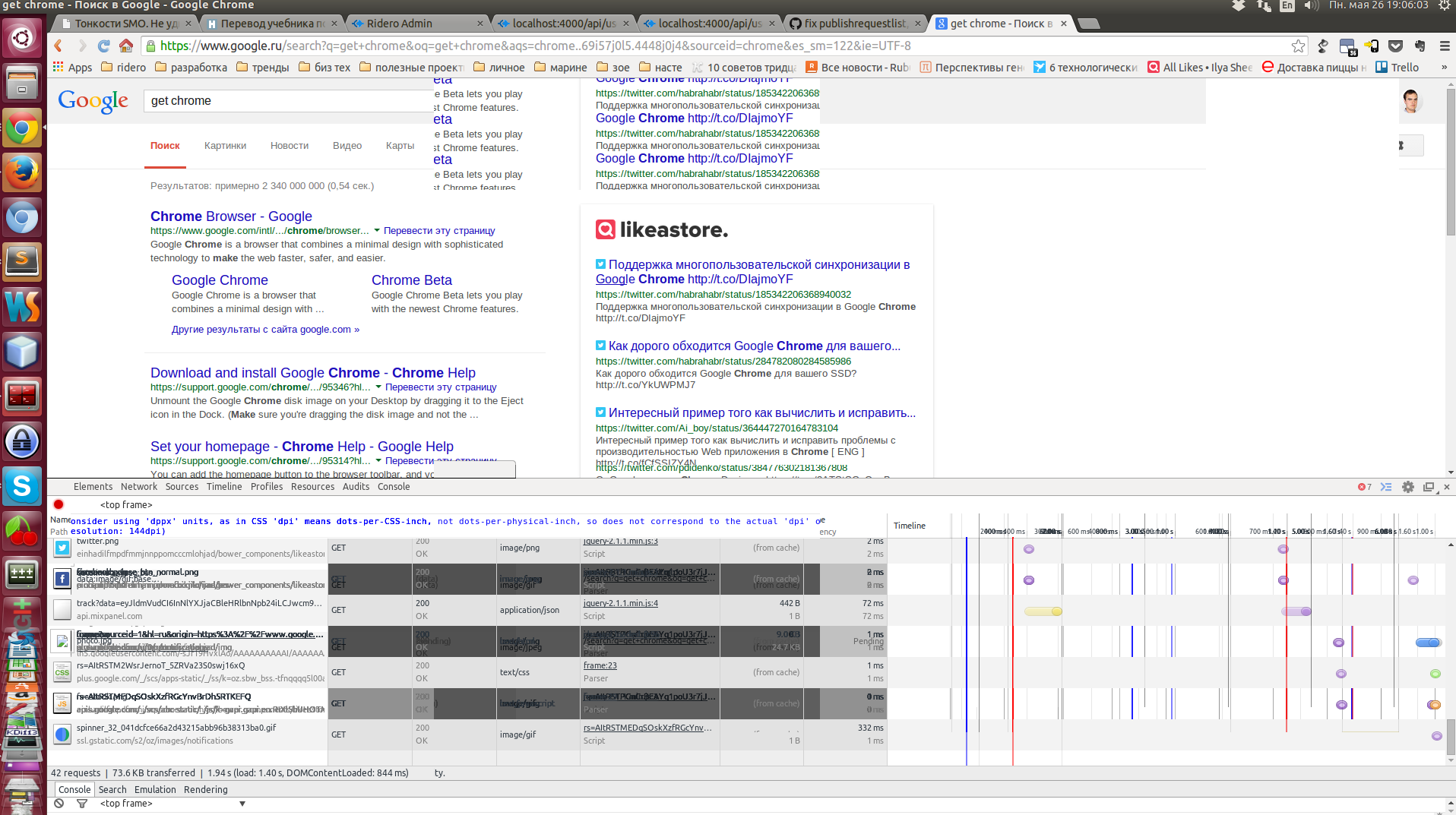 Tried:
changing hardware acceleration in chrome, using the Nvidia or x.org drivers - in all possible four combinations, including a cold reboot between the settings changes.

Ideas checked:
Turned off all extensions in Chrome. After this chrome started crashing upon startup.
Uninstalled google-chrome-stable using dpkg, deleted ~/.cache/google-chrome and ~/.config/google-chrome (only backed up SessionBuddy database)
Added google's repo to the repo list, installed from it.
With a fresh install still, there are render bugs.
So I enabled SessionBuddy and FlashControl extensions since there's no evidence they affect this behaviour.
Checked if there's ulimit - it says 'unlimited'.

The probability of rendering bugs increases with the number of tabs. Some tabs go completely grey and I can only refresh them or close.

Also, I've found chrome flags setting with lots of flags for render/gpu/hardware acceleration. Didn't try playing with them yet.

Probably there's some GPU memory limit per app/process? Or, maybe, other options?

Seems like it's ulimit -n that prevents Chrome from creating new shmem files.

(all the commands should be run within one terminal)

add the lines (or check what lines to edit)

(seems like wildcard has no effect on root user, so the root user should be noted explicitly if needed)

Disabling GPU support seems to fix it for now:

Not the answer you're looking for? Browse other questions tagged nvidia 14.04 google-chrome or ask your own question.

6
Slow Resume After suspend having chrome running with many tabs
0
No WebGL support for Google Chrome on Ubuntu 14.04
4
Chrome WebGL crashing on Ubuntu 16.04
0
Ubuntu 16.04.01 MATE - Chrome 'Aw snap" crashes
7
Chrome and Slack do not render properly after wake from hibernation in Ubuntu 18.04