This is my 1st time to try a linux desktop on Ubuntu 14.04 with a hope to have a stable and usable version of linux. It worked well at the beginning with some popular applications at the first day.

System Settings cannnot be launched. Then I tried this command:

So system settings can be opened again but most items in system setting are not displaying. There are only 4 items there including Printer, Security and Privacy, Language, and Software & Update. All others are not there.

When I click About this computer, instead of displaying computer info, it displays System Settings now.

So what's going on with this? It's so frustrated.

BTW, I am an experienced Windows user and couldn't understand why the core components are disappeared in Ubuntu. Can you image that Control Panel is disappeared in Windows? In Windows, I can try system restore or safe mode. It seems I don't have options to try in Ubuntu. 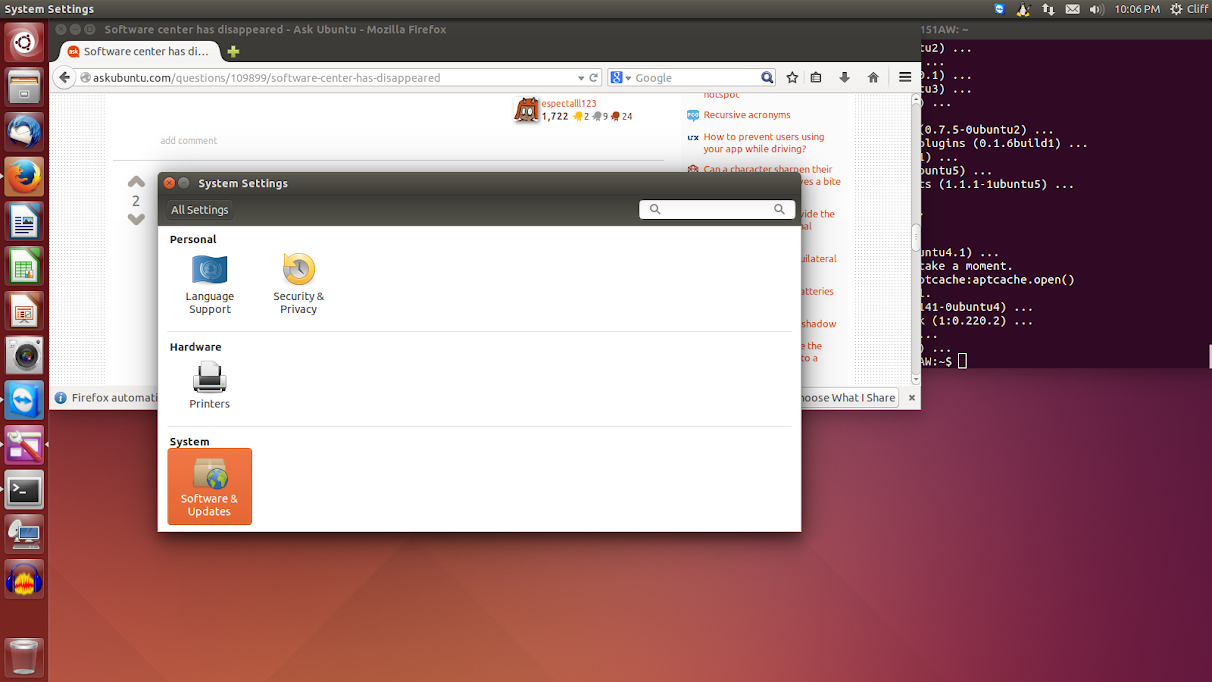 You could try reinstall them by entering in tty2 with Ctrl+Alt+F2 and typing:

Not the answer you're looking for? Browse other questions tagged software-center settings system or ask your own question.