Ubuntu 14.04 LTS fails to start with a kernel panic 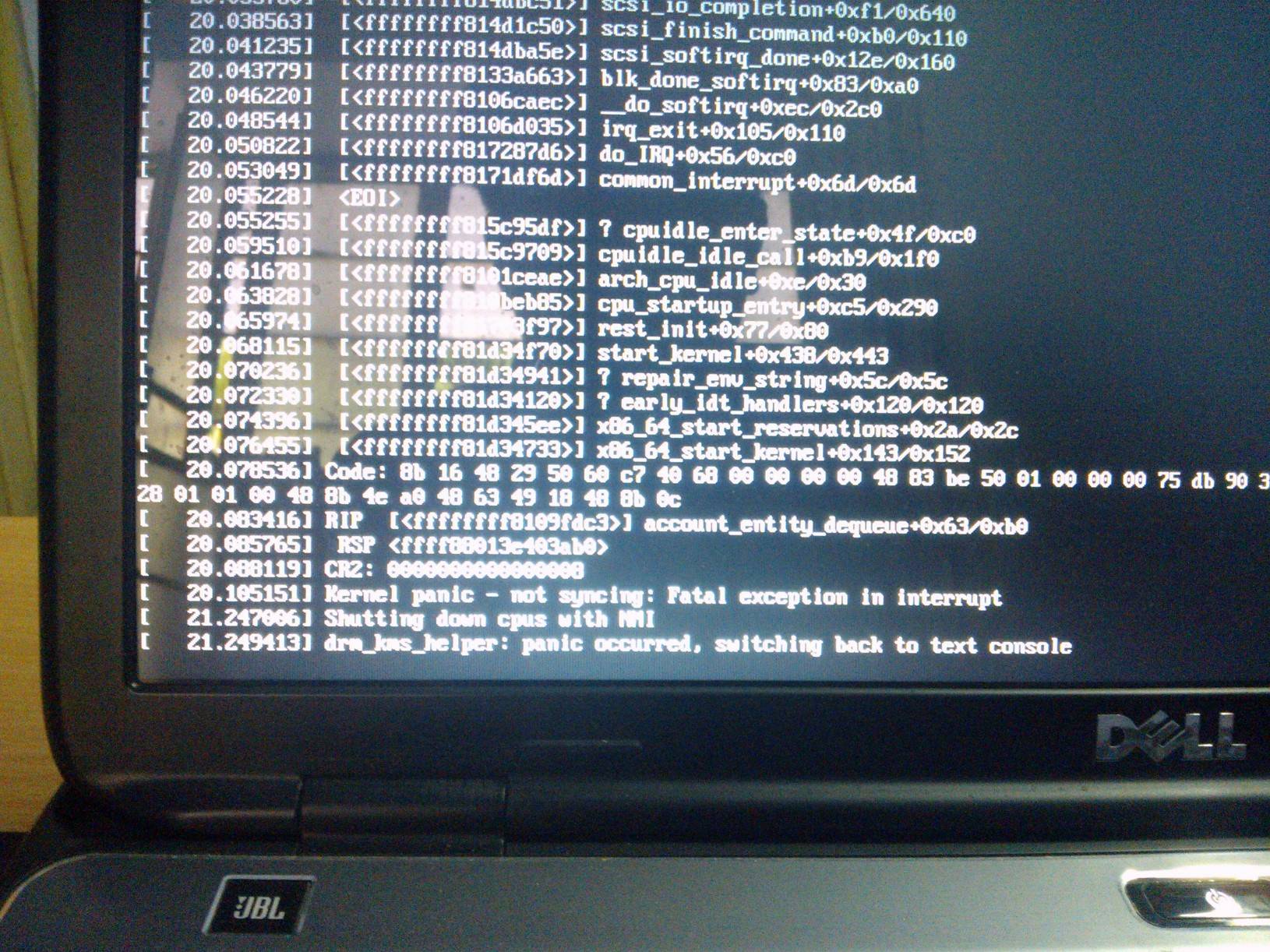 These errors occur while starting Ubuntu. I am dual booting Windows 8.1 with Ubuntu.

Nothing happens and Ubuntu freezes.

This was probably caused by fixes and features backported from newer kernels.

Easiest way to install new kernel is to download it from kernel.ubuntu.com and install it using dpkg.

First, select the version you want (preferably the newest non-rc one, utopic kernels will work for 14.04 too), then download 3 files:

Replace architecture with i386 if you use 32-bit Ubuntu, or amd64 if you use 64-bit one (it has nothing to do with CPU manufacturer!).

Move these files to separate directory, open your terminal, cd to that directory and then run this command:

When dpkg finishes, you can reboot, and ensure that you are running the kernel you've installed:

Remember, you'll have to update kernel manually now, because Software Updates will only install 3.13 patches, as the kernel version never changes after Ubuntu release.

If it still doesn't work, uninstall the kernel you've installed with

Replace 3.13.0-24 with version you want to uninstall (or press Tab key to list installed ones). Second command may throw an error as there's no linux-image-extra for some kernels.

PS: Please, follow these instructions to make a bug report for that faulty kernel, so they can fix it for others :)

Not the answer you're looking for? Browse other questions tagged boot kernel or ask your own question.