I installed the Multiple server install with MAAS, using this server as the primary MAAS server.

The installer detects the drive without an issue, and there are no problems on installation, but when I boot the new OS for the first time, I get the following GRUB error:

I've previously installed Debian 7.4 on this disk with no issue whatsoever, and even deleting all the previous partitions before re-installing Ubuntu has failed to change anything. I haven't been able to coax GRUB into loading the operating system from the disk either.

Your help in diagnosing and fixing this problem is greatly appreciated.

Edited to add: Here also is a screenshot of my efforts to manually load GRUB from the disk. Perhaps I'm doing something wrong, but honestly? The Ubuntu installer should have this right off the bat. 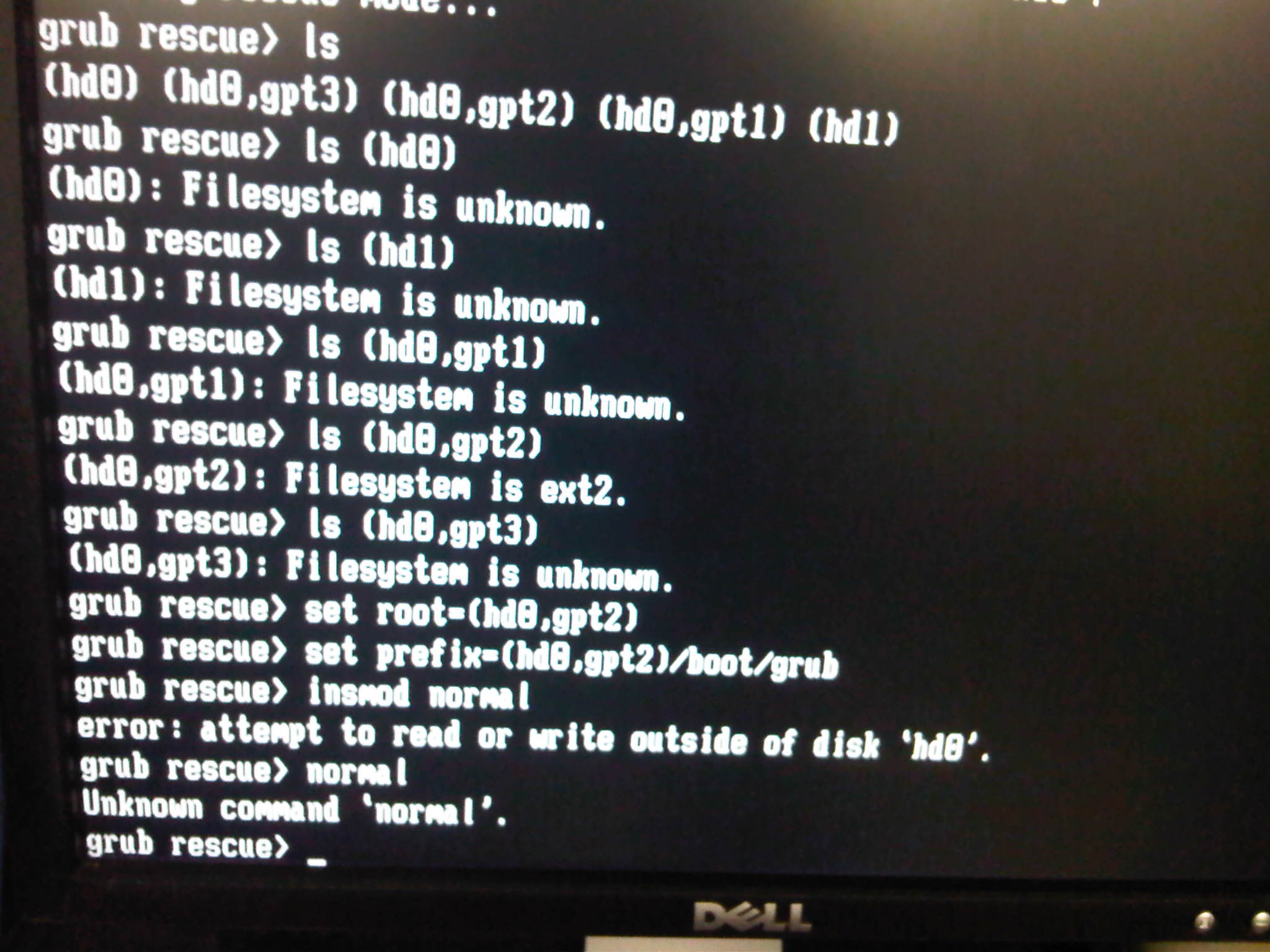 What's the partitioning scheme on the virtual disk from this install versus what Debian installed? Are you letting the installer handle the partitioning? If so, what does it look like?

Ideally, you want to boot this machine in EFI mode if it's capable of doing that, but, I don't think that the 2950's support EFI. If you have to stick with BIOS mode, pay attention to how the disk is partitioned, as you may need to do some manual partitioning work to get the system to boot. Here's some other info that might help:

Not the answer you're looking for? Browse other questions tagged grub2 dell maas or ask your own question.