Which usenet client would you recommend for binary downloads?

I am trying to replace Windows by Ubuntu, because Linux simply rocks. :-) So I am on the quest finding appropriate alternative software for ubuntu, that I used on Windows (or sometimes Mac) so far.

On the Mac you have UNISON, a really great tool - perhaps the best client I ever saw. On Windows I used GrabIt, not as beautiful as UNISON, but gets the job done.

But now I'd love to read about some propositions for Ubuntu. Which client would you recommend? I'd like to read about about clients which have a GUI as well as about terminal client, that don't need too much everytime terminal configuration or in other words black magic executed while fulmoon using the foot of a crow and a pregnant earthworm and while circling counterclockwise, chanting some spell on elvish... ;-)

By te way: SSL support would be great!

is a nice desktop client that integrates real well with sabnzbdplus

which is a great web-based tool for this sort of thing. 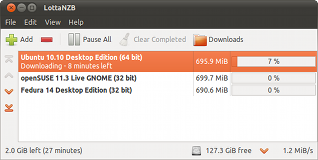 I recommend just setting up sabnzbd and then connecting this to it, the nice thing about sab is that it has integration with a ton of tools, so your phone, media center, etc. work real well with it.

a newsreader having a functionality similar to GrabIt: 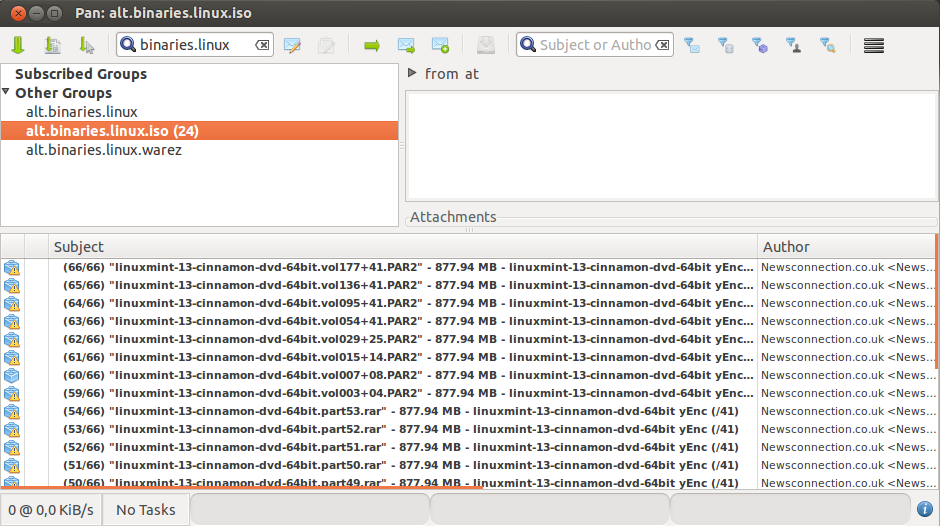 Binreader is the simplest, and by far my favorite. It's not complicated to use at all. http://www.binreader.com/ I hope I helped.

Not the answer you're looking for? Browse other questions tagged software-recommendation downloads client or ask your own question.

5
How do I download/buy music?