I have been having a problem with Unity launcher recently. Launcher stay behind my windows and I can't bring it to the front of my windows! 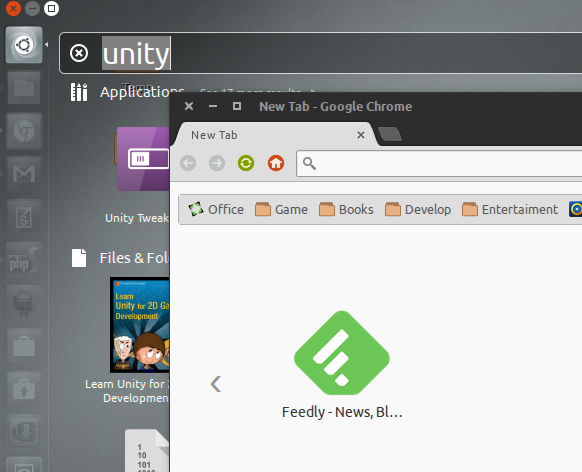 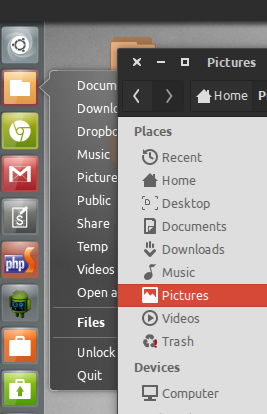 As you can see, the Nautilus window is in front of the launcher menu and the menus are totally inaccessible when the window is maximized.

Open your terminal by pressing Ctrl + Alt + T and type this following to solve this problem:

Hit Enter to generating this commands, you'll see screen will flick a few times, just don't panic ! Wait for a few second and everything will back to normal again

This was resolved for me after shutting down and restarting. The Unity application launcher now correctly appears in front of any other window.

For me the unity&disown solution didn't work - it actually made the entire unity UI permanently disappear until restarted, including the top part of every window with the close, minimize and maximize buttons. Even after waiting ~20 minutes the UI didn't reappear and I couldn't close any windows to see if there was possibly a dialog box waiting for my response hidden somewhere, so I had to force a shutdown by holding the power button for 4+ seconds.

The issue occurred after suspending and waking up my machine several times, although I'm not positive the two events are correlated.

Hope this helps anyone else having trouble with the unity&disown solution.

Not the answer you're looking for? Browse other questions tagged unity 14.04 launcher or ask your own question.

5
Is Compiz Unity's new flat black/outlined launcher look permanent?
13
How do I stop the Unity launcher from hiding behind other windows?
1
Unity Launcher send to back feature
4
Thin line between window decoration and launcher
0
Show the Unity Launcher, when desktop is opened
6
System file windows open behind Unity launcher