How to setup OpenVPN Client

I'm trying to setup OpenVPN using NetworkManager. The GUI seems buggy and unresponsive. Are there any other tools for setting up a VPN client?

First you need the openvpn package:

The sudo is important because OpenVPN won't be able to connect otherwise (I think because it has to change the routes).

Easiest method is running this command:

And then add a OpenVPN connection from Network Manager which after above command supports importing .ovpn files. 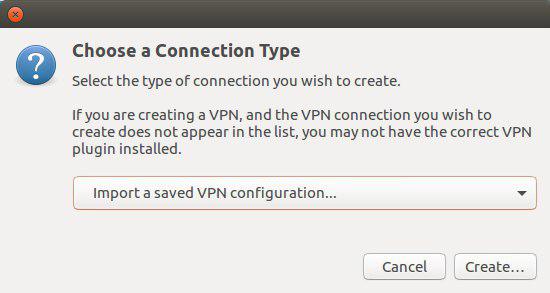 However if you are using dual authentication mechanism for your vpn server, simple connection with

will not be sufficient. You need some extra setup.

I'm coming here from the locked How to setup VPN using an .ovpn file? [duplicate], because I wanted to give an answer to problems of importing *.ovpn files in the GUI, which some users experience.

The file "foo.ovpn" could not be read or does not contain recognized VPN connection information

Error: the plugin does not support import capabilities

However, I just stumbled upon the following instruction from nixCraft for importing a *.opvn file:

Then go to Advanced Menu

Check Use point to point Encryption

If you don't want to involve Network Manager, this git repository has a simple script that does the whole job very well using an interactive session with less than half-a dozen questions. See docs in download.

On Ubuntu 18, install network manager with the command:

The import should work fine.

Not the answer you're looking for? Browse other questions tagged 14.04 openvpn or ask your own question.

23
How to setup VPN using an .ovpn file?
0
VPN "connecting" but nothing loading
0
Connecting to an OpenVPN Server

0
How to configure Openvpn server in Ubuntu 11.10 and Openvpn client in Windows 7
0
Openvpn client web traffic setting problems
2
Openvpn server on ubuntu and clients on Windows
3
Can't access any remote network routes using OpenVPN client
14
Difference between OpenVPN Access Server and just OpenVPN
0
Can I change my location with OpenVPN?