Some applications use "archaic" character instead of modern Japanese one

I just installed Natty from scratch with default options and English UI. I did not change any font settings.

I happen to also read Japanese, it mostly displays fine but the 社 character (meaning "company", a widely-used character) is sometimes displayed using its archaic form, which can not be seen anymore except in temples and old places.

So why use it in Ubuntu? I guess it is a bug with this font? How to fix it?

It just looks like your window title font uses an older font. All you need to do is goto System -> Appearance -> Fonts and change your Window Title Font to the same ones as your actual application font.

You may also associate your prettier kanji font as a family of your current windows title font alias in fonts.conf under /etc/fonts/fonts.conf

This way font system will default to your preferred Kanji font when the code page is missing in your original font.

By the way, that's not century old character, it's just a font type. It's like saying using Times New Roman is wrong because it's used in Roman times and centuries old. The 社 character can be written with both 示 or ⺭ on the side. All you need to change it is use another font, and that's the way it is in the rest of CJK languages as well.

Same page on my computer, which uses English US as default locale (even though I am Taiwanese). Using the one kind of Kanji font that shows it the way you want: 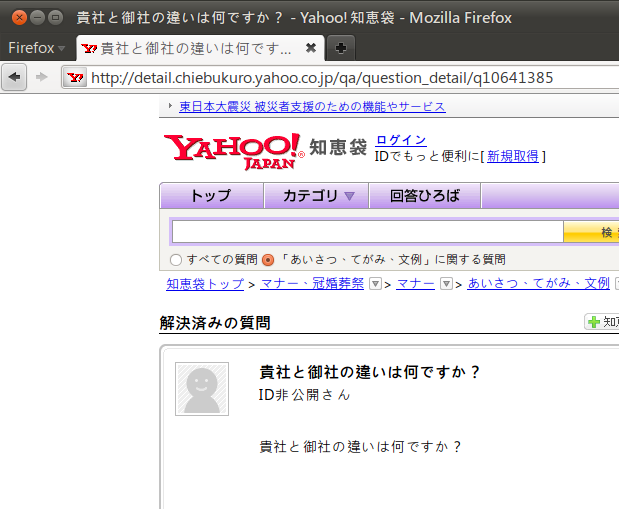 Easily changed to the way you don't want by changing the font for Windows Title: 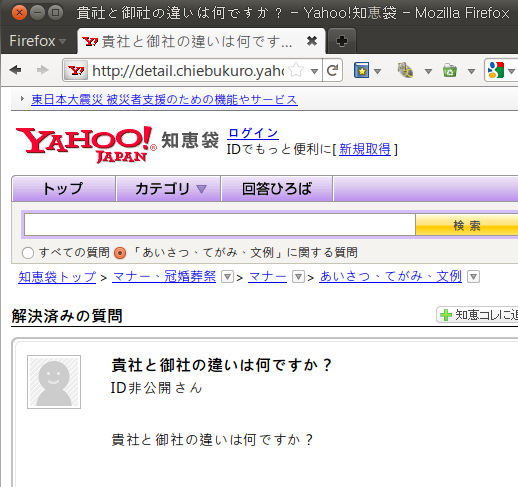 Kanji, Simplified Chinese and Traditional Chinese all share a common set of Unicode code points, despite being written differently [edit: not all of the time]. To correctly display Unicode text using these code points, it is necessary to know what language is being used.

This usually either comes from the locale or through explicit tagging of the text, or guessing from the context. I assume you're using an English locale, so only the other two options can be relied on. Presumably the tagging exists in one part of the web page you were viewing and not in the other, leading to the two different glyph choices.

I can't embed HTML demonstrating language tagging on this site, but if you create a web page with the following content and view it in Firefox, you should see the effect:

In Firefox, you should see both glyphs despite the same code point being used in each paragraph.

1) The “archaic” version, the one with 示 on the left is NOT a modern Chinese variant of that character. Neither in simplified, nor in traditional Chinese. – So, the problem is/was not like the title indicates, that Natty showed a Chinese font/variant/character.

I’m 100% sure for simplified Chinese, but only 98% for traditional (but I checked my dictionaries...).

2) Unicode does NOT use the same codepoints for all “means-the-same” CJK characters. Especially traditional and simplified Chinese use different codepoints, where the characters differ (otherwise not, of course). – This regularly goes so far that Unicode includes additional variants of characters that are half-way between traditional and simplified, but not used anywhere, except under confusion... ;-) (example: 說 说 説).

It is true, that Japanese and Chinese use different variants of some characters, which do not have different codepoints in Unicode.

3) the html-test-snippet from James’ answer is online here. I corrected the Japanese language tag, which should be “ja”, not “jp”. – It shows the same glyph on my computer.

4) I would like to know the name of the offending font. It could even be that it has Japanese origin (but didn’t hit the taste of Nicolas... :-)

Fire up terminal by

Not the answer you're looking for? Browse other questions tagged fonts japanese or ask your own question.

4
Showing the correct font in Japanese
5
Why is Firefox using archaic Japanese characters instead of modern ones?