Can anyone recommend a good VLC alternative?

I'm getting sick and tired of VLC. The issues are too many to mention in detail, but generally: bugs (ballooning out of memory on fake/exotic movies, leftover windows, many others) and the ergonomics that would be more appropriate for a 1995 application.

Are there any good alternatives? Things that are important to me: resources usage footprint, formats supported, ergonomics.

smplayer (based on mplayer) plays all formats known to mankind and is easy to use. It also has unique features such as remembering the position in a movie when you close it. 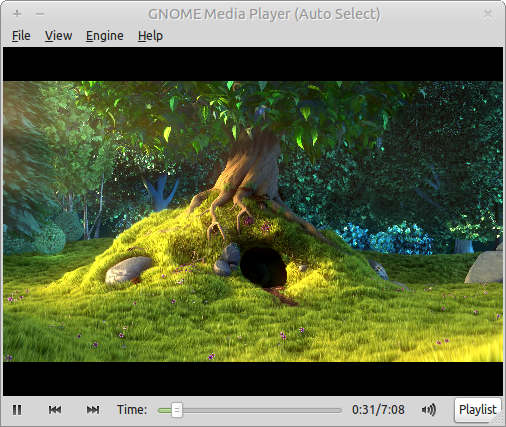 It runs on multiple backends (vlc, gstreamer and xine) which means it can play almost every media format. By default it tries to pick the backend that works best for what you are playing. It doesn't have as many features as some other players but it has a simple interface and from my experience plays well.

If you are fine with Movie Player/Totem (Ubuntu's default media player) or Banshee, you can simply install the codec packages (and their dependencies) to play all the formats:

PS I use this instead of the ubuntu-restricted-extras because I want only the codec packages. The restricted meta-package contains some fonts, OpenJDK and codecs.

EDIT I checked just now, ASS/SSA issue I mentioned before is no longer applicable.

mplayer is at least as good as vlc. There is a terminal option "mplayer" equal to "cvlc" and different GUIs on top of it.

Xine is very good player, I prefer mplayer though

I've recently switched to miro version 4 ( http://www.getmiro.com/download/for-ubuntu/ ) from VLC, for aesthetic reasons, and I'm liking it. It is open source, has a modern look and manages my video library nicely with thumbnails,etc. RAM usage is slightly higher, but CPU usage seems to be the same.

Download the QMPlay2 AppImage and make it executable using your file manager or by entering the following commands in a terminal: