I've upgraded from 12.04 (running alongside a Windows 7) to 14.04 from a DVD. I told it to delete the previous version completely, so it was technicaly a fresh install rather than an upgrade.

Everything seemed to work fine after the installation, so I played around a little and broke my desktop with some odd Compiz settings. I had no idea how to fix it quickly, so I decided to simply install Ubuntu again (and again deleting the previous version completely).

The installation ran through fine, but when it came to the reboot after the last step, I landed on a GRUB console:

Oh well... After asking Google I assumed that this means that the bootloader doesn't know what to load.

So I entered the boot device selection on startup and saw this: 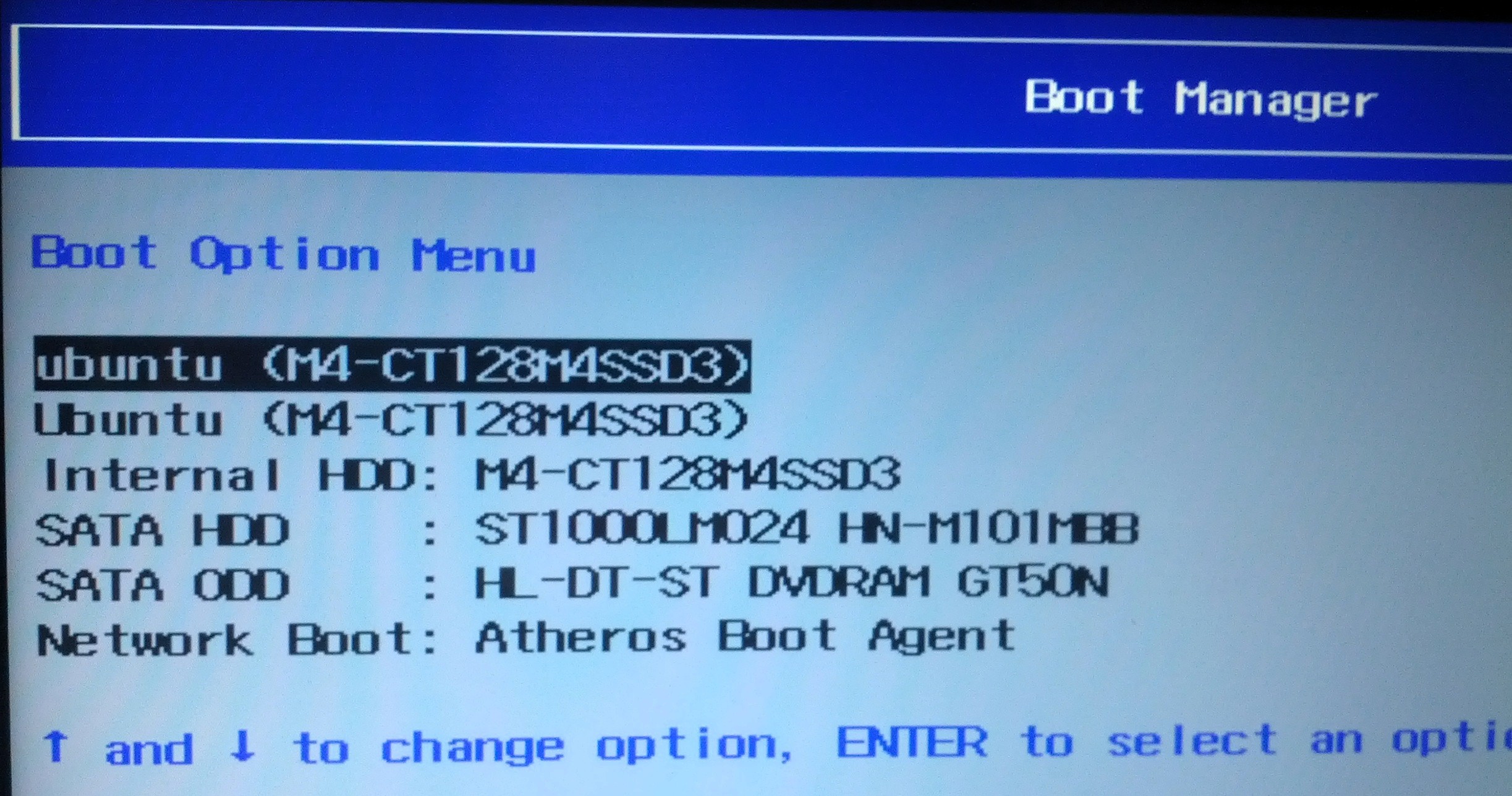 If I select "Internal HDD" in the Boot Manager, everything works fine - I get the purple GRUB screen and it even shows me my Windows 7. But having to call the boot manager on each start is not quite a solution.

So, wondering where the 2 Ubuntu entries came from, I took a look at the boot menu in the BIOS and found this: 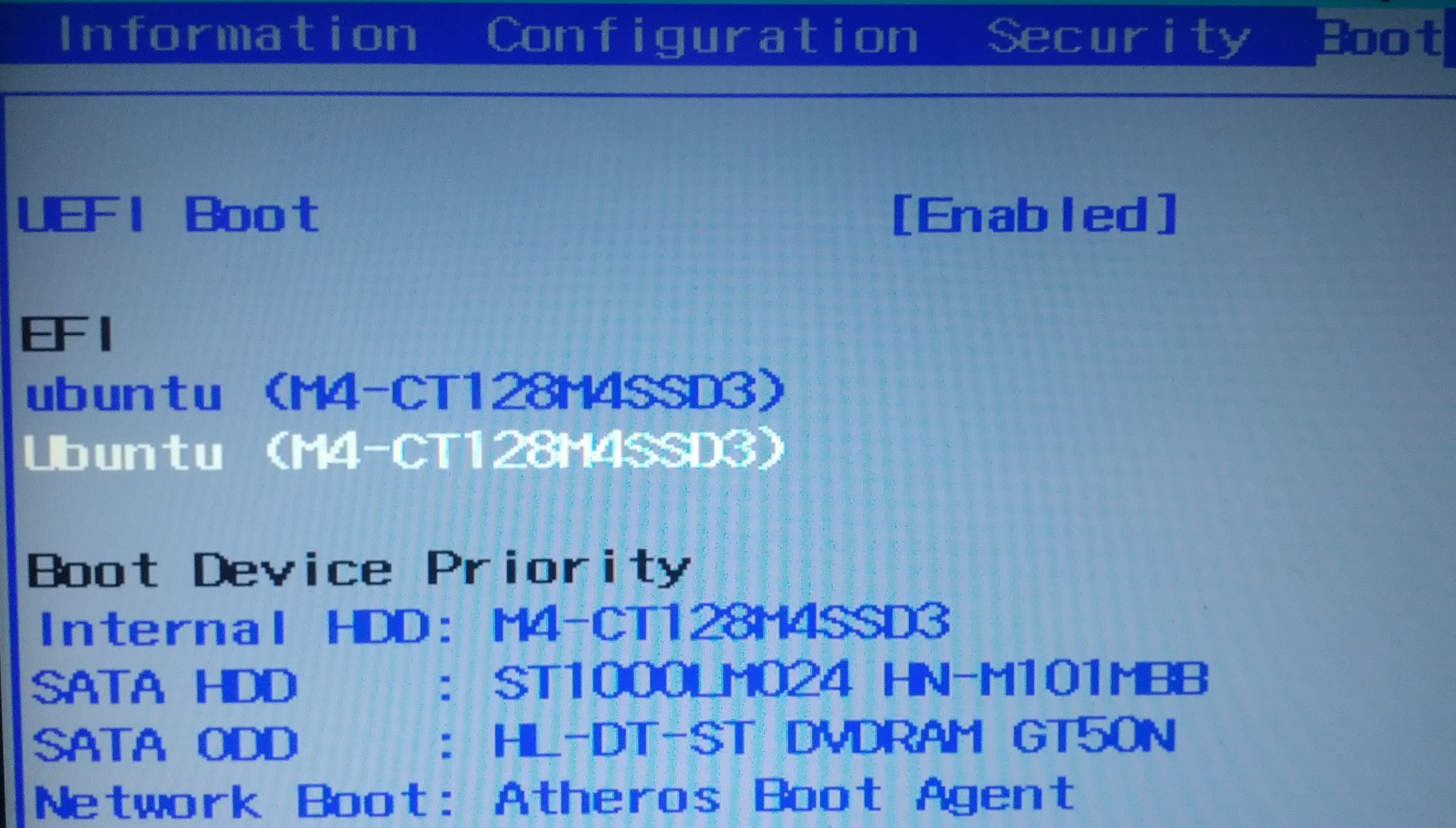 So as far as I understand it has something to do with GRUB and UEFI, but I don't know enough about any of it to put it all together...

So my question is: What's wrong here and how can I fix this?

When I shut down Ubuntu, it hangs on the purple screen, with the dots blinking, but even after 10 minutes nothing happens, so I have to switch it off. Rebooting works as expected, though.

Does it have something to do with the problem above?

You can set UEFI Boot to disabled to use legacy booting.

If you want to use UEFI you can try to disable Fast Boot, this solved the problem for me.

I think you need to update and install grub freshly. Open the terminal and type

and this will install grub automatically to the required drives.

Not the answer you're looking for? Browse other questions tagged boot grub2 14.04 or ask your own question.